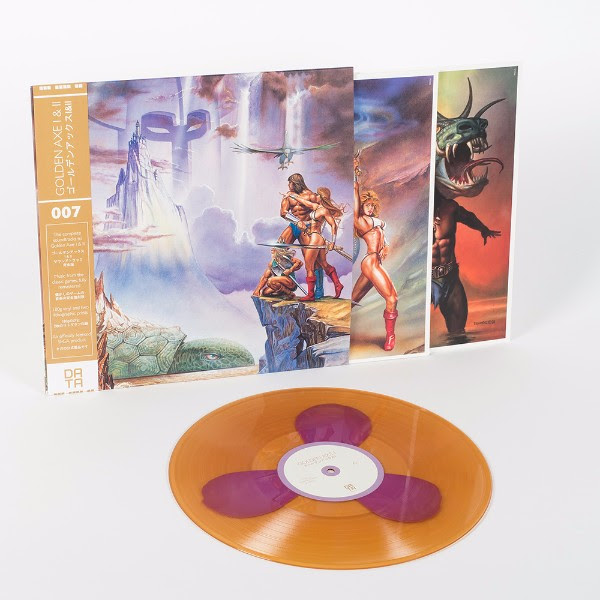 Data Discs has announced the seventh in their line of SEGA vinyls, the soundtrack to the iconic arcade games Golden Axe and Golden Axe II. Featuring awesome artwork on the sleeve as well as two lithographic prints, the records themselves will be pressed in a translucent gold or classic black vinyl. A third limited edition will feature a purple swatch effect, seen in the photo above. Fans of SEGA art should enjoy the albums cover, which is said to be rare artwork from the Japanese release of the game sourced from SEGA’s archives.

The records are completed and ready to ship, priced at £19.99, however Data Discs requires two weeks to fulfill all orders. Sales begin on Saturday, August 27th at the Data Discs website.