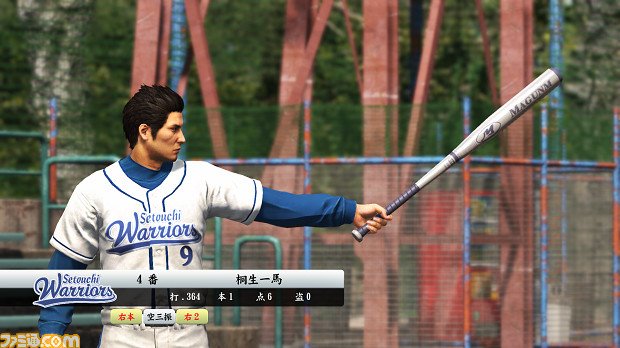 Just revealed in the latest issue Famitsu Weekly that Yakuza 6 will have a Baseball manager play spot. It seems that Yakuza 6 won’t just let you play in a Baseball team, but will also make you the manager allowing you to collect players, train, organize the team and much more. The team that you manage is called teh ‘Setouchi Warriors’. Yakuza 6 promises to have a ‘full-fledged Baseball team building simulation’ built into the play spot.

Crazy how much stuff the Yakuza 6 team have packed into the game, since they revealed last month that a full version of Virtua Fighter 5: Final Showdown, along with online play would be part of the package. If you want SEGA to bring Yakuza 6 to the west, make sure to pick up a copy of Yakuza 0 (which got a day one edition with free goodies).