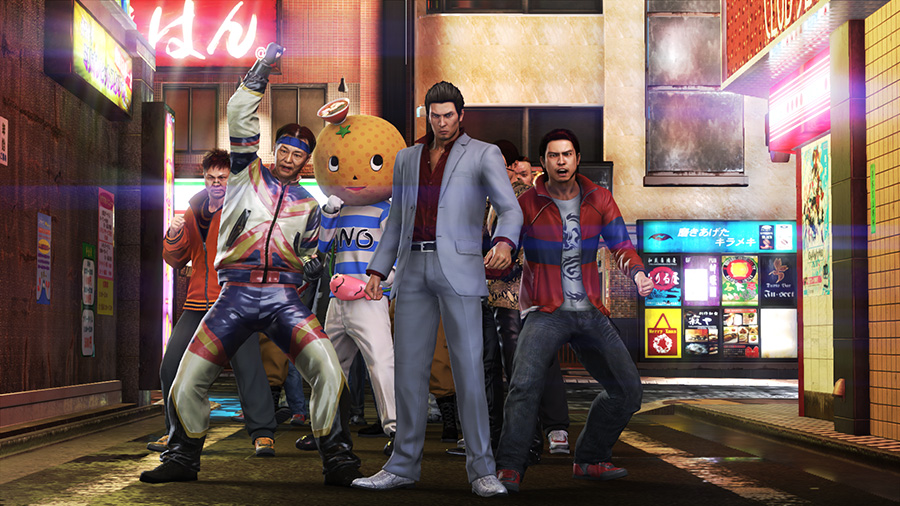 As previously reported, more activities in Yakuza 6 have been revealed, including feeding cats and spearfishing.  However the official Yakuza 6 website has updated with new screenshots and details about these new activities. Specifically it goes into more detail about comforting Haruka’s baby called Haruto, spearfishing for prophet, saving a cat cafe, casual drinking and eating with patrons, making an offering at a shrine, and most ambitiously is the ability to create your own clan.

Special thanks to Gematsu for translations. 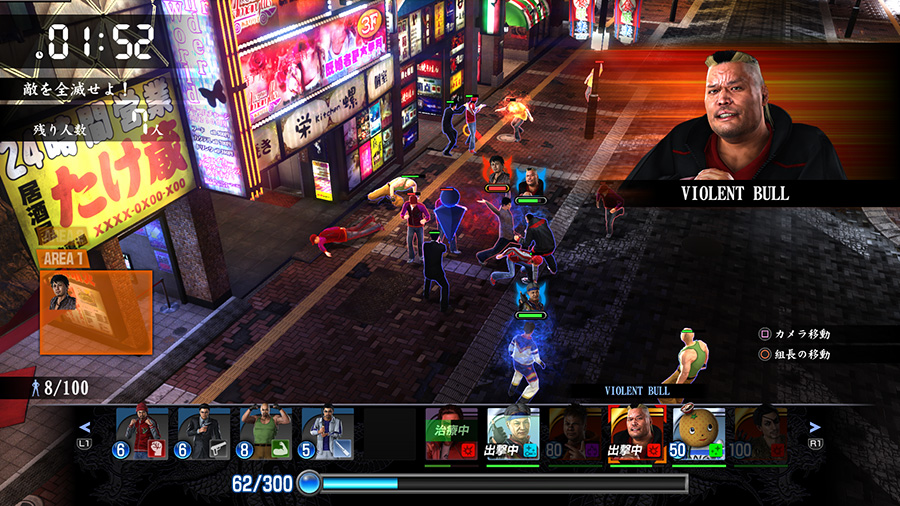 On a hill in Onomichi Jingaicho is a place called “La Pente,” and next to the Millennium Tower in Kamurocho is a placed called “M-Side Cafe.” These locations are your Clan Creator hideouts. Once you’ve set up, you can tackle missions and organize your clan. There are two types of missions, main missions that progress the story and optional side missions you can play as many times as you wish to train. The difficulty of the mission depends on the town you’re in, and each mission contains it’s own goals, encouraging players to customize their clan to fit the situation.

Put Haruto in a Good Mood 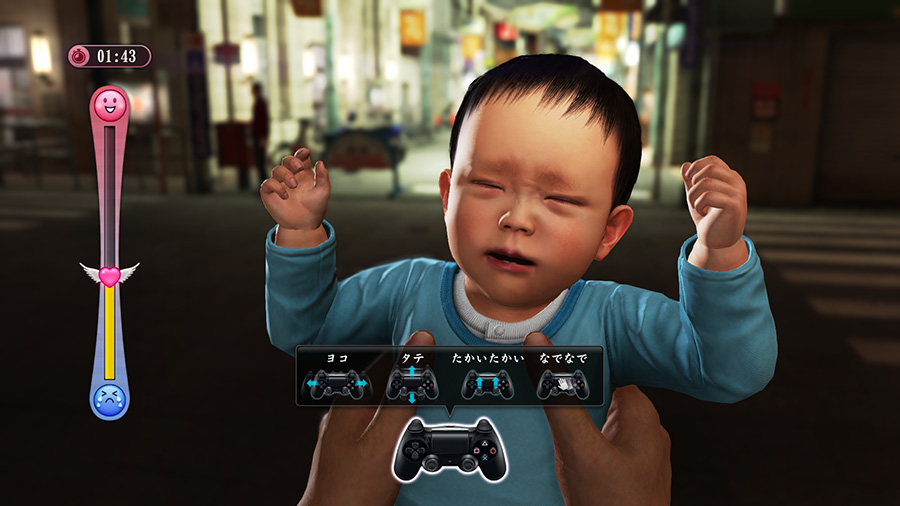 Haruto is the son of Haruka, a normally calm baby that has been recently distressed. The objective of the minigame is to move the PS4 controller in varies ways to calm down Haruto, by gently rocking him or petting him on the head. However due to Haruto being a baby, care must be taken into rocking him right, otherwise his mood will only sour and

The Temple and Shrine 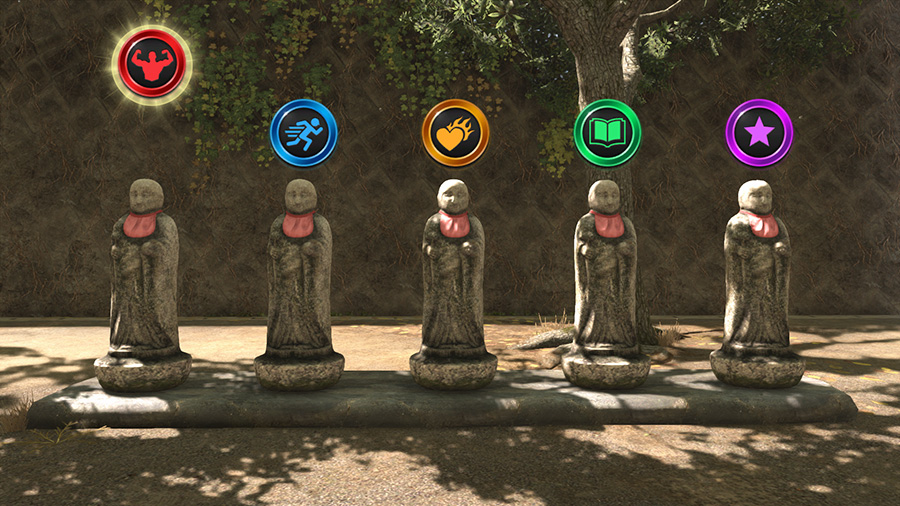 On the outskirts of Onomichi Jingaicho is the Ryunan Shinto shrine, which contains the famous Senko-ji temple. At the shrine are 5 statues, each representing a different skill. By offering enough possessions to a statue, one of your stats represented will increase. In addition, players can pull an o-mikuji, with the blessing depending on the content of the o-mikuji, and play a game where players flick a coin into a monetary box in order to play Shinto Prayer Slot to potentially acquire more skills or experience points. 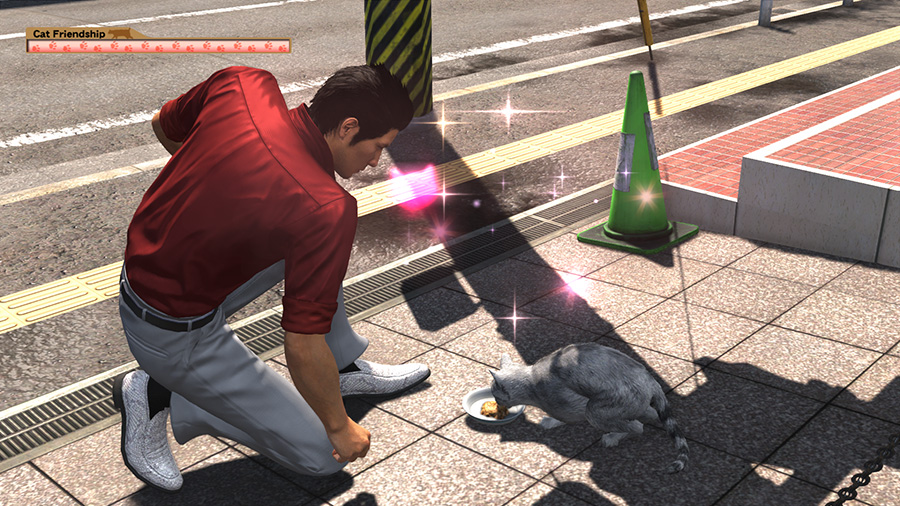 Love cats? You’ll love this activity then. A cafe called “Nyan Nyan Cafe” specializes in raising stray cats, but recently has had all it’s cats run away and is facing financial difficulties. You’re tasked with finding stray cats all over cities such as Kamurocho and Onomichi Jingaicho, feeding them and getting emotionally attached to them in order to bring them to the cafe. Cats are everywhere and tend to be hiding in different locations, and each cat has their own preferences in food. 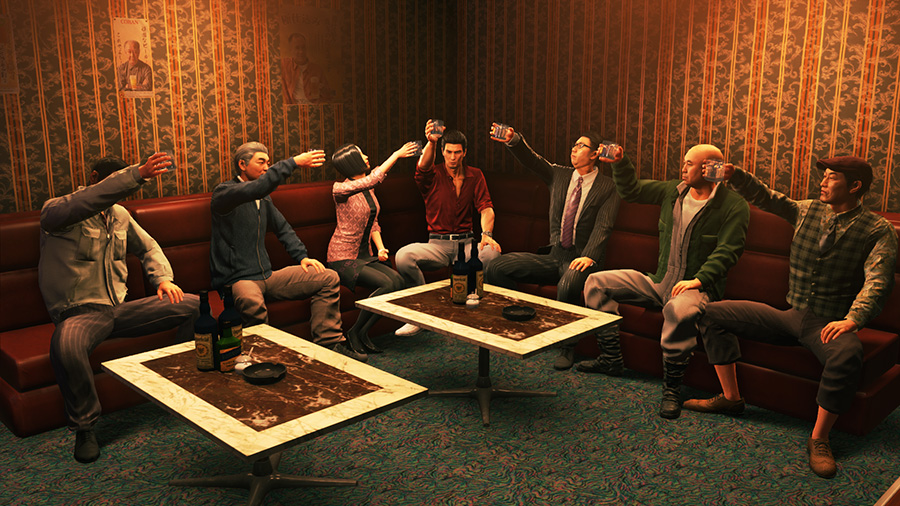 Snack is a play spot where players are encouraged to eat, drink, and socialize with large groups of people, including the bar’s lady owner and local patrons. By socializing with these people, they’ll gradually open up and start discussing about their personal troubles. Listening to these people and making the right responses will possibly reward the player. This is also where you can play activities such as karaoke and darts.

Become a Man of the Sea 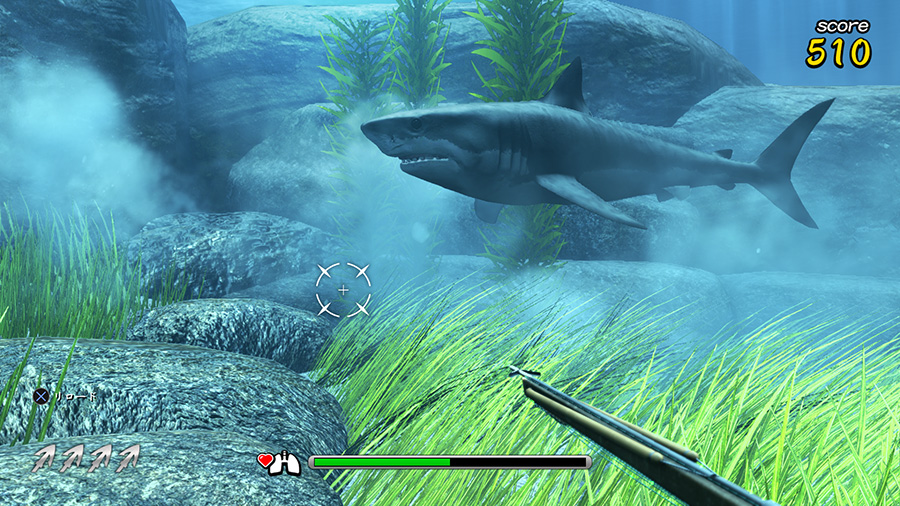 In Onomichi Jingaicho, players can potentially befriend a local fisherman. Injured, the fisherman requests the player to spearfish in his absence, capturing as many fish as possible with the goal of prophets. Initially you are armed with only one type of gun, but as you clear stages you’ll gain more types of guns with their own abilities. Of course being the ocean there are constant threats lurking, such as your own air meter slowly depleting and dangerous animals like sharks, with attacks causing your air meter to deplete faster. In addition to the haul being used for prophet, your performance will give Kiryu more time underwater and the ability to repel enemies better, so try to play as much as possible and become a great fisherman!