The Yakuza series is the longest running game franchise by SEGA since dropping out of the hardware race. SEGA has released so many in the last decade that its seriously tough to keep track, this leads to a lot of new gamers being intimidated as they don’t know when to jump in. I would say that Yakuza 0 is a great starting point since its a prequel to the first game, starting with the cast when they were younger. Yakuza 0 takes place in December of 1988; which is 17 years before the events that happen in the first Yakuza game. But if you never played a Yakuza game, whats it like? Imagine if someone mashed a beat ‘em up game like Die Hard Arcade (Dynamite Deka) or Spikeout series and added a ton of Japanese RPG elements with minigames scattered around the over world for good measure. If you are interested in those types of games and like over the top action, than Yakuza might be the franchise for you! 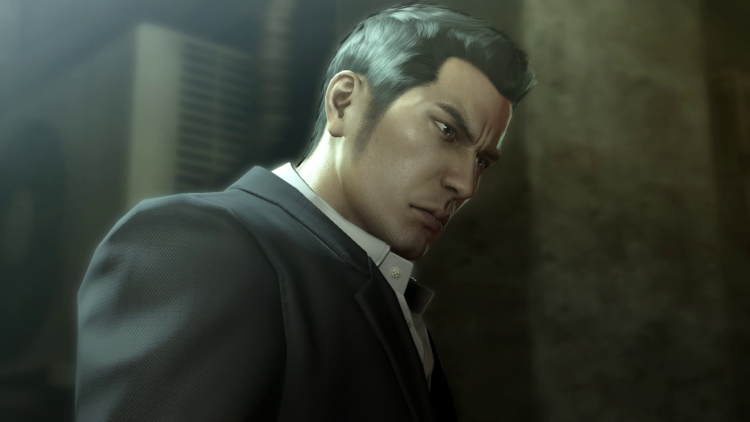 The game starts of you off with the story of Kazuma Kiryu who is trying to climb up the ranks of the Yakuza organization with his childhood friend Nishiki Akira. At the start of the game Kazuma is working as a debt collector for the Dojima family and after a job, it is reported that a person he roughed up has ended up dead. Our hero Kazuma Kiryu was set up, but the plot gets trickier since the person ended up dead in a very important empty lot. You see, prior to this a order was given by a higher up in the Dojima Family to acquire that very same empty lot, now three superiors are offered Kazama Shintaro’s post as Lieutenant of the Dojima Family if they acquire the lot.

Kazuma Kiryu has an issue with this because one of the reasons he wanted to be a Yakuza was to impress Kazama Shintaro, who was a father figure to Kazuma since Kazama helped run the orphanage were he grew up. He swore that he would make him proud, now Kazama is in prison, Kazuma is being blamed for a murder that could stain Kazama’s honor and Kazama’s  position is up for grabs. Kazuma quits the Tojo Clan to prove he is innocent and try to reclaim the empty lot. 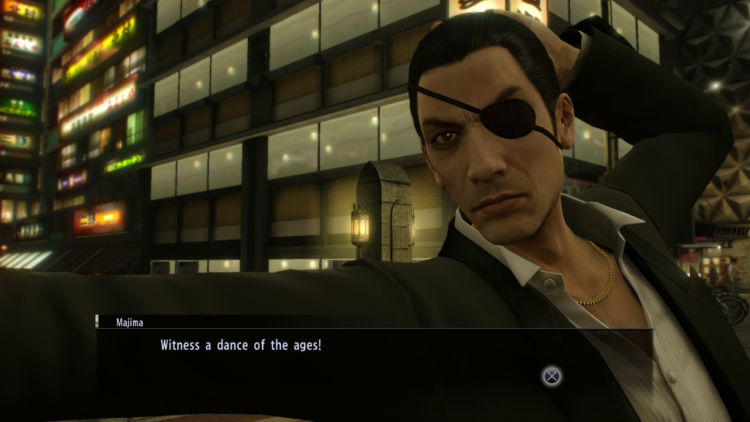 While on the other side of the coin we have the only other playable character in this game, fan favorite Goro Majima. This is actually the first time you play with him in a main series entry, the only other game he appeared as playable was in Yakuza Dead Souls. Our hero Goro Majima is 24 years old at the start of this game, taking place a year after he lost his eye for not calling off an assassination (this is actually a plot flashback first shown in Yakuza 4). Due to his mistakes he made in his past, he had to leave the Dojima Family and was stripped of his rank. Goro Majima is forced to work as a manager of ‘Grand Carbaret’ where he tries to pay his way back into the Tojo Clan. Goro Majima wants to become a Yakuza as fast as he can and catches a short cut. He is asked to kill a person named Makimura Makoto and he would be allowed back into the Tojo Clan. Will he go through with it after finding out the target isn’t the type of person he thinks they are? 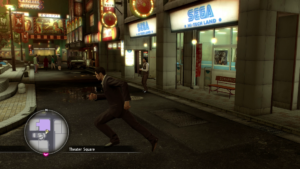 While new users will read above and say there is quite a bit of story with a ton of established relationships, that’s just how the Yakuza series has always been. Yakuza 0 does a great job setting our heroes, we have Kazuma Kiryu (the ying) who is out to prove he is innocent of a murder and then we have Goro Majima (the yang) starting his story with him going to commit a murder. As the game is a prequel, we get to see how some key character relationship first started and get to see what some characters in the first Yakuza game were like 17 years prior to those events. One thing that is scaled back in this title is the amount of playable characters considering that the last main series release, Yakuza 5, had five different playable characters while Yakuza 0 only features two and frankly I think its for the better. One of the biggest issues with most Yakuza games is the storylines per character taking their sweet time to start and always leaving another character’s’ story in a cliffhanger. Having two characters makes the story more focused and moves a lot faster. But it still takes a couple of hours just to get into the meat and potatoes of the game. The game is notorious for overly explaining every situation as clearly as possible to the player and this continues with this game. Since the game only has two playable characters, it also takes place in two different cities: Kazuma resides in Kamurocho (which is in every Yakuza title) and Goro spends his time in Sotenburi (which was introduced in Yakuza 5). While both these cities have been used in previous Yakuza games, in this one they are quite different due to the game taking place in the 80s. 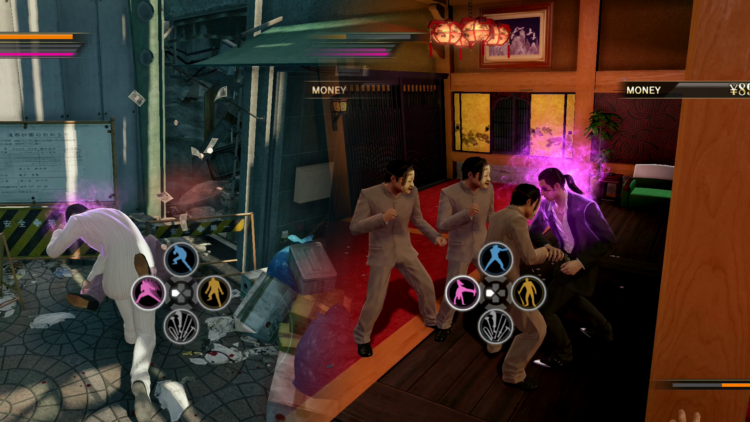 One thing Yakuza 0 really changes up is the combat, each character now has three fighting styles that can be switched on the fly by using the D-pad’s left, right and up buttons. Down button is now reserved for a weapon. This is pretty refreshing and lets you experiment with new styles of gameplay, since each style has its own ups and downs. For example Kazuma’s Beast style is slow, but picks up objects in mid-combo, so if you are in an area with a lot of objects using this fighting style will give you an edge. Goro Majima seriously has some of the most bizarre fighting styles with Breaking, which is basically break dancing and with Slugger which gives our protagonist a fighting style using a bat. The game also finally adds a much needed ‘sprinting’ option to get around the city. While you weren’t slow in the past games, it was a pain when you needed to do a lot of back and forth running throughout the city. Sadly having low health will still have the character walk at a snails pace and you still can’t run in buildings. Bummer. 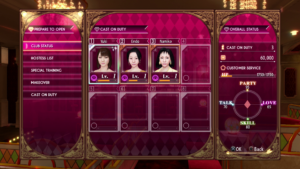 One of the big focuses in the game is making money and investing that cash wisely. This is were the game introduces a new gameplay modes to keep the game feeling fresh. With Kazuma Kiyru, you become a real estate agent and have the ability to buy property, invest money in properties and hire workers to upkeep properties. While I wish there was a deeper system at play here, its still a pretty good way of using side characters and making money. Goro Majima will allow you to run a cabaret club by picking hostess, giving them makeovers, managing them on the floor, and even help train them. While Kazuma Kiyru’s real estate gameplay aspect is new, the hostess management system was already ‘sorta’ introduced back in Yakuza 4 but this time comes back with some improvements. You unlock new managers, hostess and other perks through completing side missions, which is cool because it gives users another reason to look out for all those great side missions. 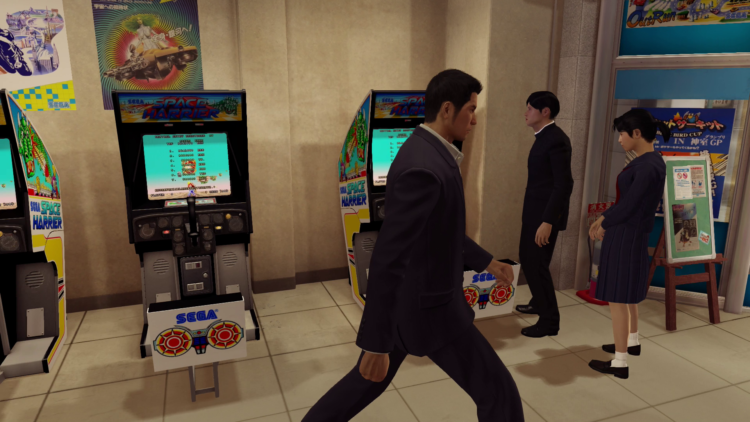 Another huge aspect of Yakuza games is all the side missions you find hidden throughout the cities and this game doesn’t disappoint. While some of the side missions use tropes and pay offs found in older Yakuza games, they also introduce new side quests that are unique to this installment. For example you will now be able to befriend random people in the city, the more you interact with them the higher you fill the friendship meter leading to you unlocking story missions and rewards. Yakuza 0 offers 100 side missions throughout your adventure, enough to keep you occupied for dozens of hours alone.

Of course playspots are back for the game, these are minigames scattered throughout the city for the user to entertain themselves between the main missions. A lot of the big playspots from previous titles are back including pool, darts, batting cages, karaoke, fishing, UFO machines and many more while the game also gets new 80s themed playspots including disco, pocket circuit, chatline and even get to watch sexy videos. Yeah, the game has a spot to watch videos of sexy girls and the ability to unlock throughout the city. Useless? Of course. 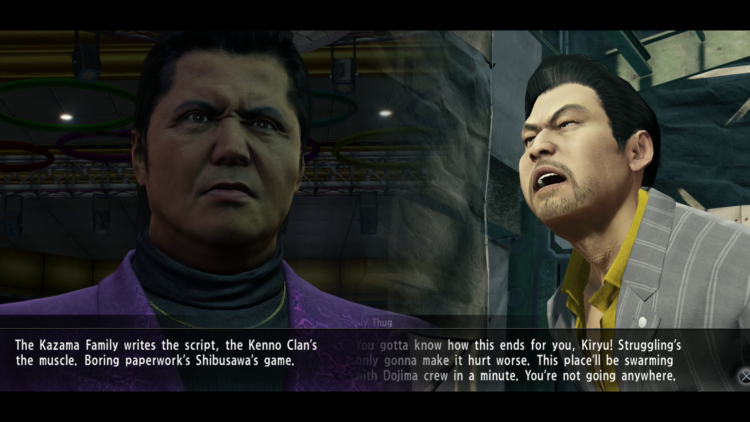 Yakuza 0 was actually developed for both PlayStation 3 and PlayStation 4 in Japan, so the game was meant to run on older hardware but regardless of this the PlayStation 4 version is a big upgrade graphically in a lot of aspects. First of all the picture is now crystal clear thanks to it running at higher resolution compared to the past PlayStation 3 titles and thanks to the beefier hardware we also get a game that runs a lot smoother. Not to mention that a lot of the new character models introduced in this game have a lot more detail than previous ones. While its a step in the right direction, the game is still held back by reusing older content that sticks out like a sore thumb. For example pedestrians,minor characters and goons all use older models that look bad, the game still has minor issues with pop-ins and while most of the slowdown is gone, there is still some framerate drops throughout the game. Minor, but present.

The music selection for Yakuza 0 is fantastic. The series continues to provide the right tracks for the right moments throughout this long adventure. We have fast paced heavier electronic rock tracks for fighting sections, melancholy inducing tracks for sad moments, and a great selection of 80s Japanese pop tracks make appearances. The music really does add another layer to the game and like always, SEGA provides a insane amount of differing tracks as you explore the world of Yakuza, but in the 80s! 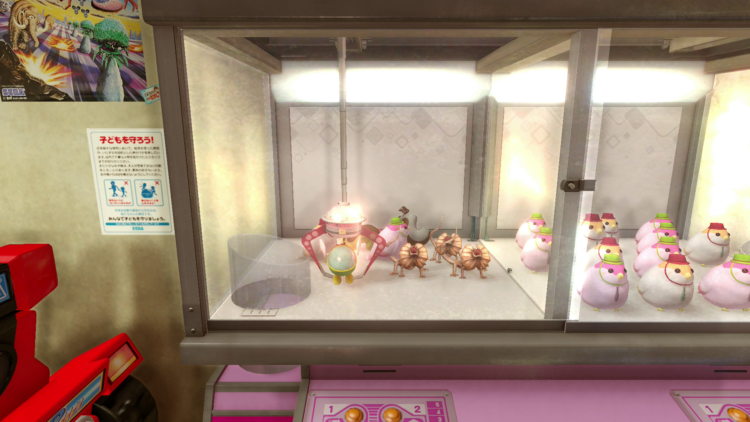 Yakuza 0 takes us to a trip back to the 80s with a newly remixed fighting game system, a more focused story,offers a hundred side missions, new 80s themed mini games, and the ability to play some of SEGA’s best classic arcade titles. Yakuza 0 is also the first title in the west to debut on the PlayStation 4 which features clearer image quality, new higher detailed character models for main characters and smoother framerate. Sadly all other minor characters still reuse old assets and the game has minor pop-ins which can be distracting. But the biggest upgrade? We can now sprint. Its gold.

Yakuza 0 still features some issues that other games in the franchise are famous for having including taking almost two hours to set the story, having characters over explain everything and other minor set backs. Regardless of all this, Yakuza 0 is a great time and highly recommended to try out. While the Yakuza series always has a ton of established characters (even the first Yakuza does this), I feel that Yakuza 0 is the perfect jumping on point for new fans, especially considering that Yakuza Kiwami is set to hit this summer. 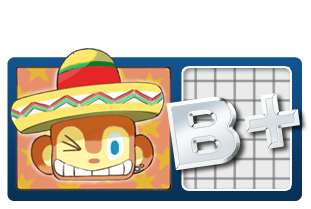 “A prequel that is worth diving into!”
Ad: