SEGA has revealed that they are working on a new entry to their popular Valkyria Chronicles franchise, this title being simply titled ‘Valkyria Chronicles 4‘. The franchise might have had a side-game released earlier this year that took the franchise in a more action direction, but it seems that SEGA has gone 100% back to what made people fans of the original. Including the water painting look and a brand new cast of characters to befriend.

I’m going to be honest, this is pretty fantastic. Its also nice seeing Atlus USA localization producer Sam Mullen in the trailer, letting us know that this is a world wide effort. I can’t wait to play Valkyria Chronicles 4 and I hope more in-house SEGA projects take this world wide approach. The game is heading to not only the PlayStation 4 but also Xbox One and Nintendo Switch! Check out the official site right here. 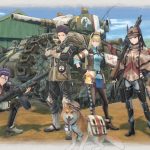 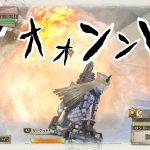 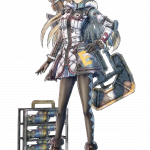 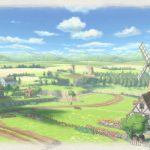 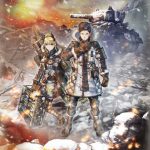 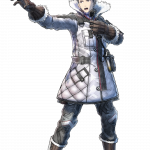 The continent of Europa is engulfed in the flames of the Second Europan War between the Atlantic Federation and the Autocratic Eastern Imperial Alliance. Although the Federation struggles valiantly against the Empire’s forces, the relentless imperial military machine threatens to consume them. With victory slipping away, the Federation executes Operation Northern Cross: a last-ditch attempt to capture the imperial capital and end the war.

Commander Claude Wallace and his loyal childhood friends in Squad E are sent to fight for the desperate operation’s success, but they will have to endure harsh bone-chilling elements, waves of imperial soldiers, and the terrifying Valkyria… and unravel a grave truth that will shake them to the core.