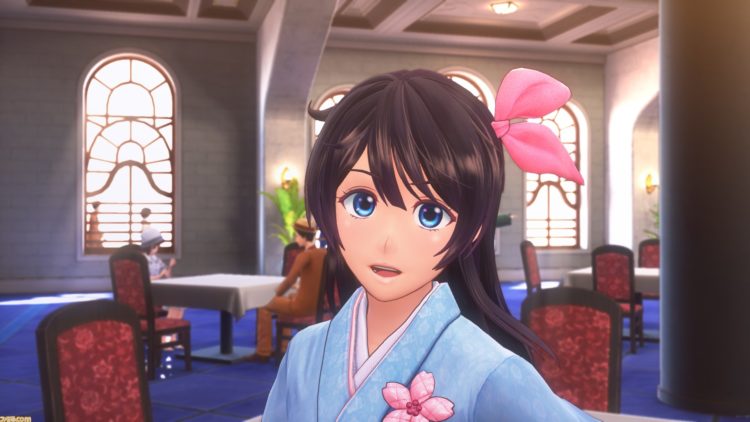 First, please tell us how this project began.

Takaharu Terada, series director: “In the end, the reason for this project was the Sega Fes 2016 fan poll asking which series fans would like to see brought back, where Sakura Wars was the winner. However, even before that, I would basically submit project proposals for a new game every year. Things like a Kyoto Chapter, a Future Chapter, lots of them. It would always be around summer that I submitted it, so the people around me would always take it as a sign that summer had come. (laughs)

Tetsu Katano, producer: “Basically, the project proposals would get declined every year, but because of the Sega Fes results, the winds began to blow our way…”

Tetsuya Ootsubo, development director: “This project itself began slightly before that poll, but thanks to the fans, we received a tailwind that allowed us to ramp up development progress. We can’t thank you guys enough.”

Ootsubo: “One factor was that it’s been more than 10 years since the last game, and this time even within the team we had the thought of making a “reboot” rather than a “sequel”. Adding to that was that the development team has changed greatly, and the game platform was now the PS4. Because of all this, we focused all of it into the word “New”, and as such that became the title.”

So the main staff had changed. Could you tell us about why each staff came onto the project, beginning with Tite Kubo-sensei?

Ootsubo: “Regarding Kubo-sensei, even before Sega Fes [2016], when I first joined the project, the others had already suggested him for designs.”

Terada: “It’s the same for Sakura Shinguji, and if you look at the heroine this time, Sakura Amamiya, you’ll probably understand why. The image of the main heroine for Sakura Wars is traditional Japanese clothing with a katana. When thinking of that combination, the first person that came to mind was Kubo-sensei.”

Ootsubo: “And so this time, as the project really kicked into gear, we met him through Shueisha. And he was interested, so we asked him to be in charge of the character designs. We were really lucky.”

Terada: “Furthermore, he didn’t only work on the character designs, but also the designs of the various characters’ katanas as well.”

Katano: “Apart from that, we also implemented various ideas that Kubo-sensei suggested.”

Now, let’s change topics to the game content. Firstly, regarding the setting, please tell us what has changed.

Ootsubo: “Even in the game world, ten years have passed, but the fictional historical setting of “steampunk” and “Taisho romance” hasn’t changed. On the other hand, the Imperial Combat Revue, who’s exploits were mostly behind the scenes up to this point, have become widely known, which is different from before.”

And the ongoing World Combat Revue War, what is that exactly?

Ootsubo: “It’s basically a global scale sports festival, and the one depicted in the game is the third World Combat Revue War Games. The Combat Revues from various places across the world gather at the Imperial Capital, and participate in a skill-based tournament. However, what should have been a peaceful competition turns serious… That’s the basic flow of the plot.”

So it’s like a sports tournament arc. What about the romance elements?

Ootsubo: “This time, there will be trust levels with the Floral Division members as well. The growth of trust levels can affect stats in battle, whether you can use combination attacks, and more. Of course, there are multiple endings as well. With things like next episode teasers, the basic formula of the game hasn’t changed.”

Are the graphics in full 3D?

Ootsubo: “As we’re now working with the PlayStation 4, the graphics are all 3D now. We’ve redone all the maps beginning with the Imperial Theatre, and you can freely walk about indoors now.”

Will character conversations take place on the 3D map?

Ootsubo: “Movement, events, and conversations in the adventure part all take place on the 3D map.”

Will the LIPS system make a return?

Ootsubo: “We’ve prepared it in a format that makes full use of the fact that it’s now in 3D. For example, for Analog LIPS you can peer from below following the camerawork… We’ve basically added new gimmicks to LIPS mode.”

Katano: “We’ll try keep it to where it won’t massively affect our CERO rating. (laughs)”

Are the movie cutscenes all in the 3D engine?

Ootsubo: “We’ve also got animated movies. We’ve employed Studio Sanzigen, and there are over 40 minutes of video. Other than those cutscenes, it’s mostly using the 3D models.”

Ootsubo: “It’s around 40-50% done. The characters, backgrounds, modeling, story, and music… those basic elements are done, and voice recording is wrapping up, so now it’s time to piece all these together into a game. We plan on keeping our promise of a Winter 2019 [in Japan] release, so please look forward to it.”

Terada: “We’re hoping to reveal more info as frequently as possible, as to not leave gaps with no news. After all, this is a project that really took off thanks to the fans, so we’ll continue development in order to not disappoint fans.”

Project Sakura Wars is set for release this Winter 2019 in Japan and 2020 for Americas and Europe for Playstation 4.