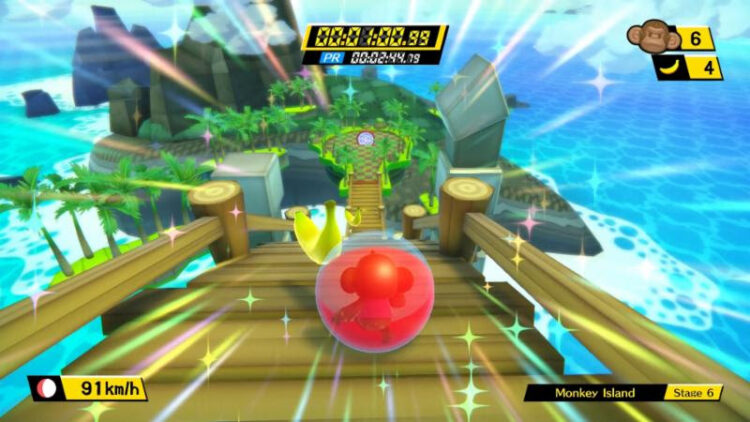 However after 2012’s PlayStation Vita title Super Monkey Ball: Banana Splitz, the franchise went dormant. Aside from a few mobile releases and All-Stars appearances, it seemed SEGA had moved on from Super Monkey Ball. That is until this year, when it was announced that 2009’s Wii release Super Monkey Ball Banana Blitz would see a remake with improved controls, streamlined mini-games, and high definition graphics. Fans were excited, but there was also confusion as to why – out of all the games in the franchise – pick Banana Blitz?

For one thing, the original game sold very well, no doubt thanks to the Wii’s own launch successes and the fact that many Nintendo fans had fond memories of the first two games for GameCube. Also, the game was one of the last home console releases which series creator Toshihiro Nagoshi directed, before the Yakuza franchise really took off. It’s possible Nagoshi believed he had some unfinished business with refining the game and releasing it to modern consoles, and that it was the last game in the franchise to have fairly positive recognition with fans. 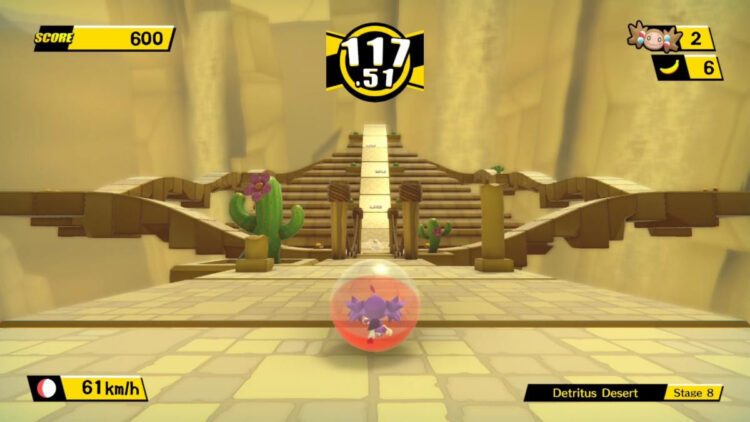 Kicking off at the main menu, I was struck by how “small” the game felt. After playing so many modern titles with deep menu systems and days worth of gameplay, seeing such an easy to navigate menu was refreshing. Players can dive into the main game, which features 100 stages broken up into worlds with boss battles, or try these same levels in time attack mode. Mini games return, but unlike the Wii release which had 50, there are only 10 here, which are said to be a curated list of fan favorites that have been improved over their original Wii incarnations.

For those who never played a Monkey Ball game, the rules are simple. You pick a monkey, each with their own stats, and traverse floating courses while rolling about in a clear ball. Your goal is to pick up bananas on the way, earning extra lives, and reaching the stage goal. Instead of a health bar, players that fall off the map are greeted with a “FALL OUT” and lose a life. While I’m not sure if Banana Blitz was the first to introduce this feature, the game has a jump which is new to me. Much like Crazy Taxi 2, the addition of a jump greatly changes the original formula, and leads to some easy saves and is prone to spamming. Personally, I could do without the jump, but I see why it was added. 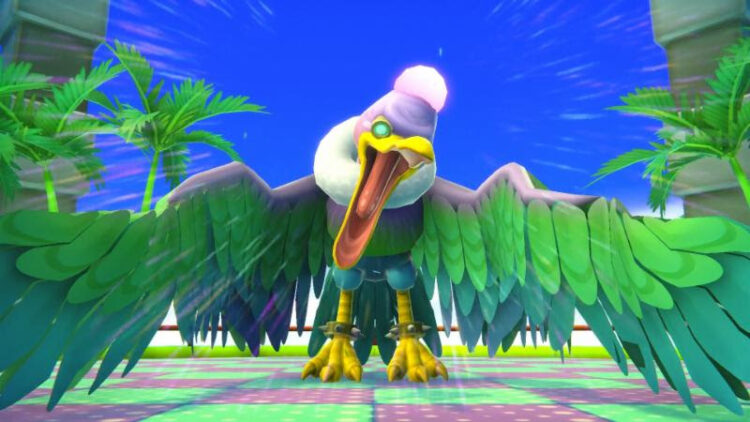 As a fan of the original Super Monkey Ball games, I have no real interest in story cutscenes. Monkey Ball is at its best when you are just jumping from stage to stage with no real motivation outside of reaching the goal. Banana Blitz HD does have a storyline and the occasional cutscene, but it’s pretty easy to gloss over these moments and it never felt overwhelming. This is definitely no Super Monkey Ball Adventure.

Controls are much improved over the Wii’s original Wiimote setup, though SEGA has yet to really replicate the precise controls seen on the GameCube releases. It’s hard to describe without trying it for yourself, but Banana Blitz HD doesn’t feel as precise as the GameCube but is far better than what a Wiimote or iPad accelerometer would provide. Because the game replaces motion controls with standard controls, the game itself is far easier than most Monkey Ball games. No doubt because the original developers pulled back on presenting too much a challenge to counter the inaccurate motion controls. Also prevalent are barriers and scenery which make it harder to fall off the map, a win for novices but an annoyance for longtime players who like more of a challenge. 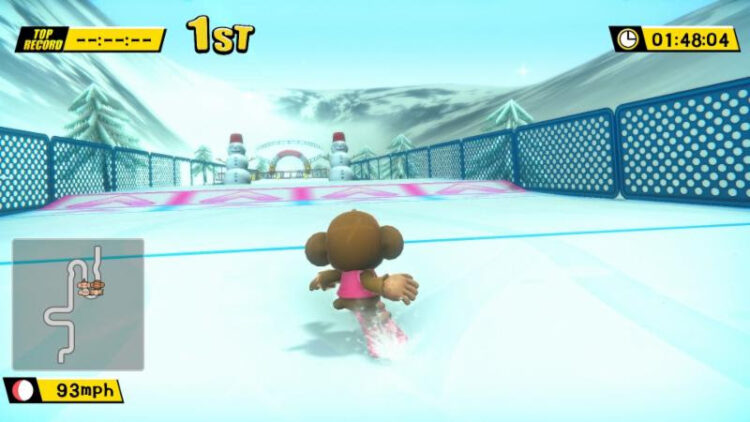 The aforementioned mini games can be experienced in a single or multiplayer decathlon mode, where you play through all ten, or one-off multiplayer matches. As somebody who does not pay for online gameplay, and even if I did I was playing the game before release, I didn’t have a chance to experience the multiplayer mode. Based on my experience with decathlon mode, I would think playing with other real players is the only way to really experience these mini-games. Alone, they get kind of boring without any real competition.

From what I’ve seen online from fans, the soundtrack is a point of contention. Apparently much of the game’s original music was replaced due to copyright issues. I never knew Banana Blitz was known for its soundtrack, and I have to assume most people playing this game will even notice the difference. The music in the HD release suits the game, and feels very much like what one would hear from a Monkey Ball game, so I have no problems with what I heard. Still, I thought it was worth noting. 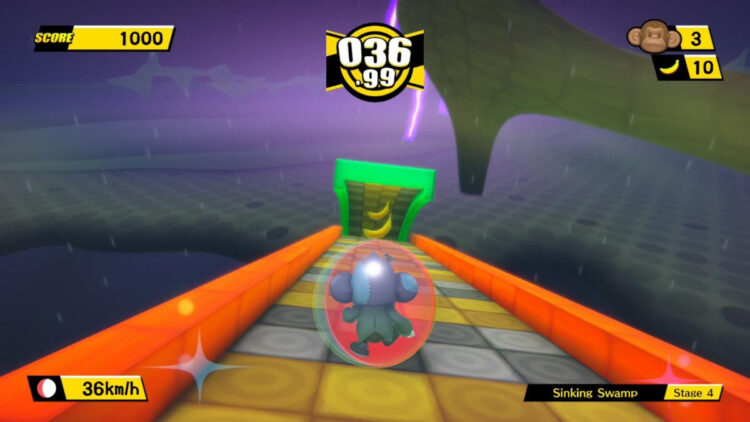 “Monkey Ball is back! Albeit average.”
Ad: