During Sony’s State of Play today it was announced that RGG Studio was working on a Like a Dragon: Ishin! remake of 2014’s PS3 and PS4 game Ryū ga Gotoku Ishin!. The remake, created in the Unreal Engine, is set to release on PlayStation and Xbox platforms, as well as PC in February 2023. What is exciting is that this is the first time a historical Yakuza title released to the West.

Set in the samurai era, Ishin! is actually the second historical game in the series, with the first being 2008’s Kenzan! for the PS3. However it should be noted that Kenzan! takes place two centuries before Ishin! and the plots are not related. Ever see those episodes of The Simpsons where its all the recognizable characters but in a historical setting and they’re playing other characters? That’s the gist of the game. 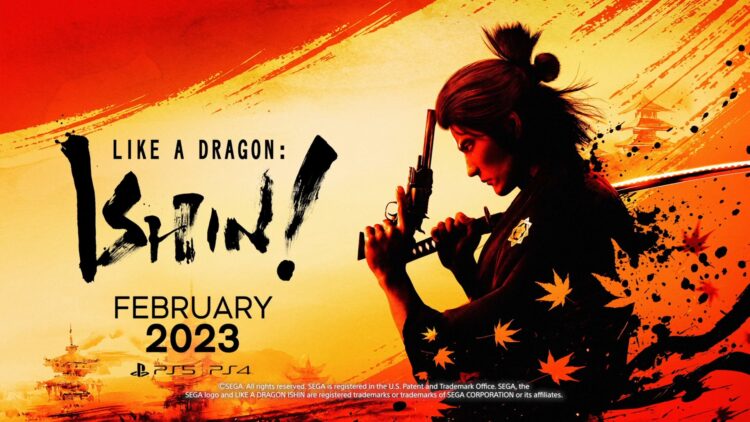 Given Kazuma Kiryu has stepped aside for the new protagonist Ichiban Kasuga and the play style in the mainline Yakuza series has shifted to turn based RPG, its great to see Kazuma and beat em up combat making a return even if its a hundred or so years earlier and Kazuma is playing a different character.

Interestingly, the game’s title drops any mention of “Yakuza”, making it much more of a direct translation of the original Japanese version. Given the seventh Yakuza game was Yakuza: Like a Dragon and this game embraces the Like a Dragon title, perhaps SEGA is rebranding the series? What are your thoughts on Ishin!? Sound off in our fully operational comments section below!

2 responses to “Like a Dragon: Ishin! remake announced, releasing February 2023 to Xbox, PlayStation and PC platforms”