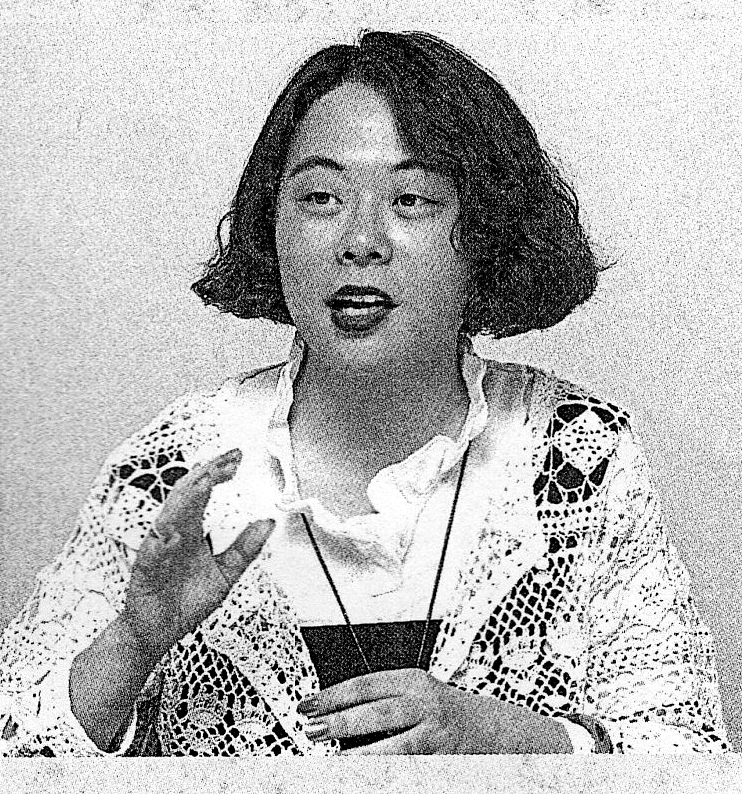 Yesterday the news broke that legendary SEGA Designer, Director and Producer Rieko Kodama had passed away. The first signs of her passing came, surprisingly yet in hindsight quite fittingly, from a SEGA game. The Mega Drive Mini 2 had just released, and within the credits was “In memory of Rieko Kodama”. There had been no announcement of Kodama’s passing, so fans were both shocked and confused, hoping it was some translation error. However, the news was confirmed by SEGA Creative Producer Yosuke Okunari who had most recently worked alongside Kodama on the SEGA AGES Nintendo Switch series of rereleases. Kodama had passed away on May 9, 2022, however out of respect for her family’s wishes for privacy the news was not made public until now. 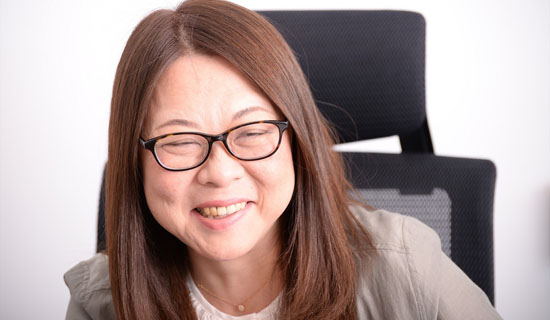 Born in Kanagawa Prefecture, Rieko Kodama joined SEGA in 1984. Often working under the alias Phoenix Rie (or several variations on that name), Kodama’s first credited work was the SG-1000 title Champion Boxing. This game is also notable for being the first game coded by Yu Suzuki in his first year at SEGA. Over the next decade Kodama served as designer and art director on several System 16, Master System and Mega Drive titles including classics like Alex Kidd in Miracle World, Fantasy Zone II: The Tears of Opa-Opa, Phantasy Star, Altered Beast, Phantasy Star II and Shadow Dancer: The Secret of Shinobi. 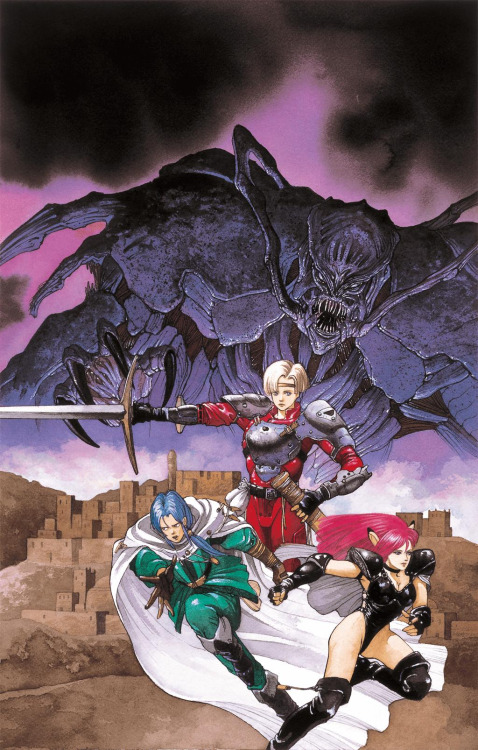 Kodama also worked on Sonic the Hedgehog titles, working as a designer for the first game in 1991, as a zone artist for the sequel and receiving a “special thanks” in Sonic the Hedgehog CD. Perhaps Kodama’s greatest contribution to SEGA came in 1993 with the release of Phantasy Star IV: The End of the Millennium. Kodama served as director and designer, and the end result of her and her team’s efforts was what many point to as the greatest RPG on the SEGA Mega Drive. 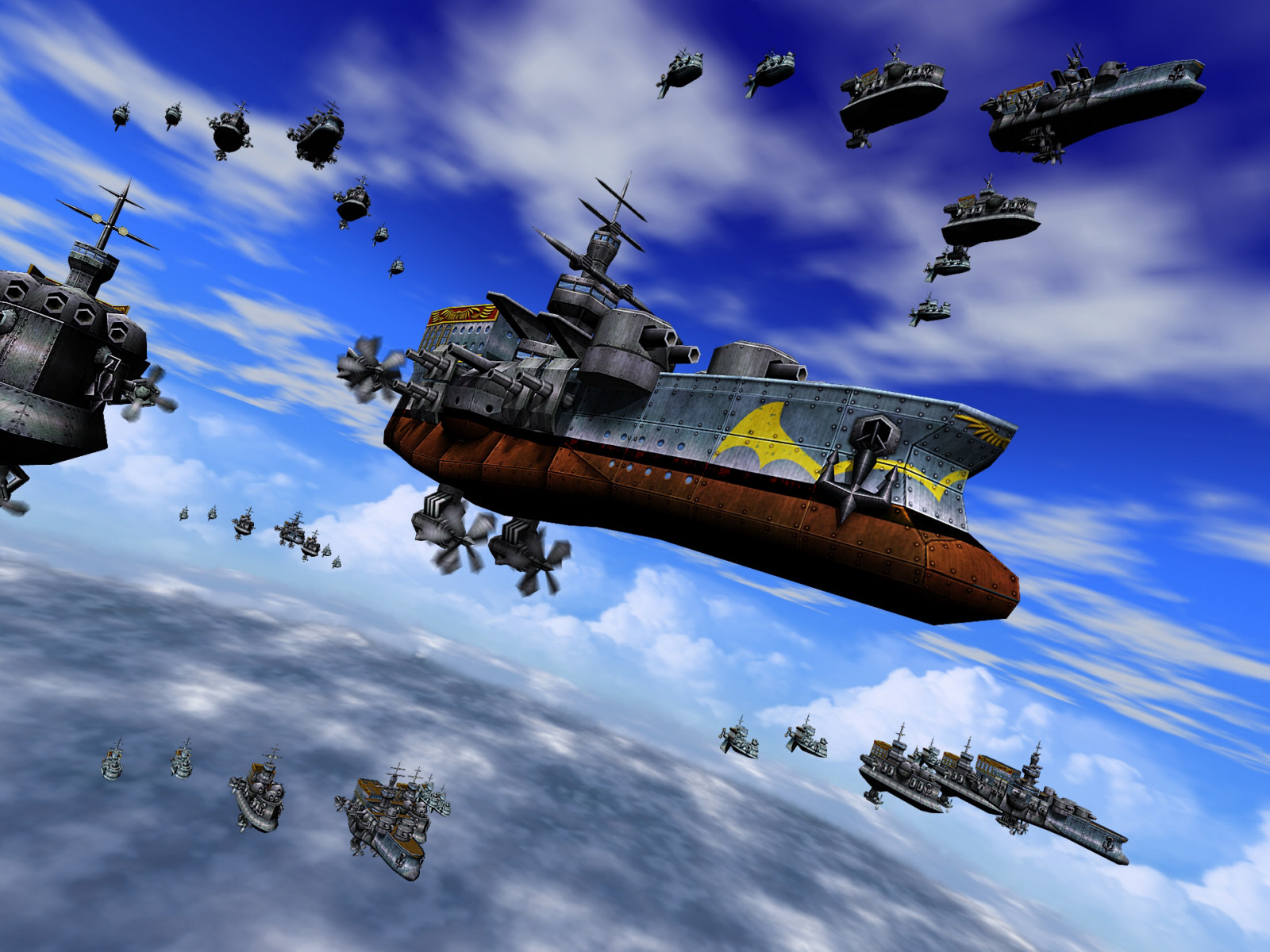 During the Saturn era, Kodama directed Magic Knight Rayearth and produced Deep Fear. The Dreamcast era brought about Kodama’s second greatest achivement, Skies of Arcadia, on which she served as producer. It is fitting that by this point in her career, fans affectionally called her the “Mother of JRPGs”. 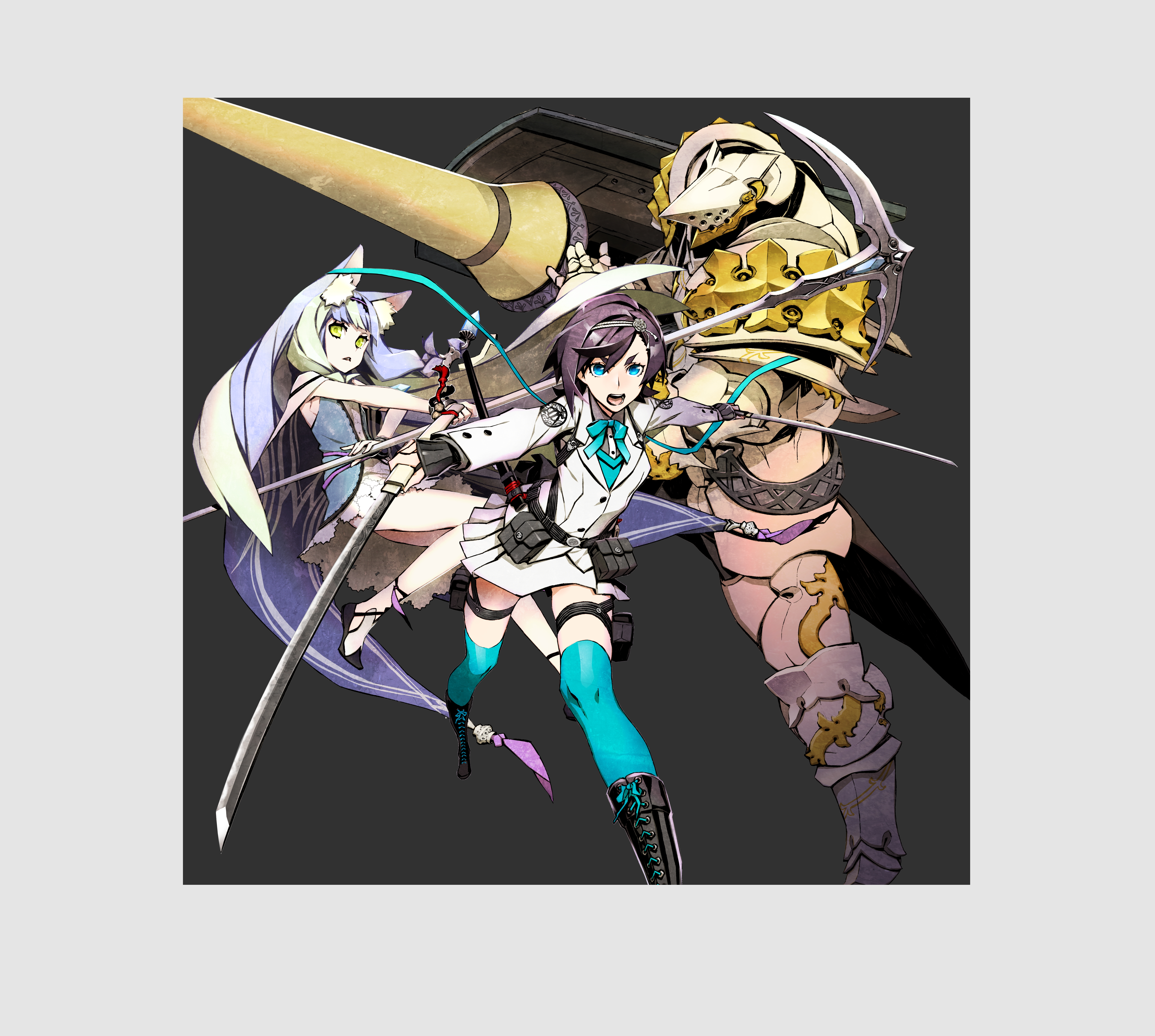 In the early 2000s, Kodama supervised Phantasy Star Collection for the Game Boy Advance and produced the 2005 PlayStation 2 remake of Altered Beast. She made her return to RPGs with the 7th Dragon series, serving as producer for the original DS game, the PSP sequels 7th Dragon 2020 and 7th Dragon 2020-II and the 3DS installment 7th Dragon III Code: VFD which was her last producing role for an original title at SEGA.

In the years leading to her passing, Kodama served as producer for the SEGA AGES line of rereleases on the Nintendo Switch. In 2019, Kodama was given the GDCA Pioneer Award. Katie Stern, general manager of the Game Developers Conference, had this to say about the award and Kodama:

“The Game Developers Choice Awards were conceived as a way to recognize the all-too-often unsung genius and dedication of game developers throughout history, and this year’s award honors a figure who helped pave the way for countless game creators to follow, after decades spent developing some of SEGA’s most indelible classics, Kodama-san could easily rest on her laurels, but instead has dedicated herself to creating games that transcend gender and generations to give us countless hours of joy. This award is a ‘thank you’ to Kodama-san and all creators who work so hard to achieve greatness.” 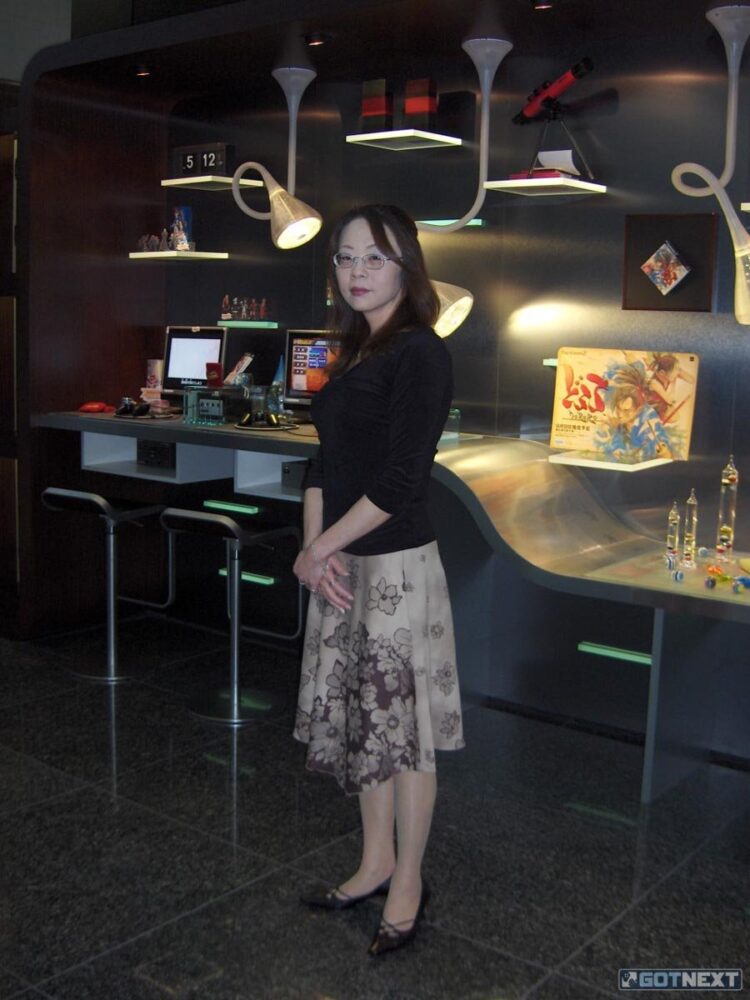 In an interview with Famitsu, following the award, Kodama reflected on the days before her gaming career. Kodama’s family ran a cafe, which allowed her access to games like Space Invaders and Galaxian. She said her parents understood games at the time, and supported her interest in them. Kodama studied marketing focused graphic design at a technical school, but felt she wanted to join a company where she could create things herself. But, she wasn’t really sure what a game company actually did. One reason for choosing SEGA was because an upperclassman from school had joined the company.

Kodama remarked that the early says at SEGA did not have extensive marketing design work, with the SG-1000 having just released. Arcade games required things like posters that went up in arcades, so when Kodama joined she thought “let’s see what I can do”. Senior employees taught her how to design characters for games while accounting for limited storage space and techniques for translating designs so they could look good on CRT TVs. 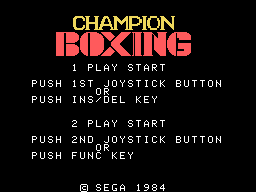 Being a woman working in video games was not lost on Kodama, however she always looked positively on her history with SEGA. “I’m not sure if it’s because of Sega’s corporate culture or what”, Kodama told Famitsu, “but I’ve never felt that I was at a disadvantage just because I’m a woman. I’ve been working on various things related to game development for over 30 years now, and since joining Sega I haven’t been treated any differently from men”.

In a bittersweet moment, Kodama ended her interview with Famitsu remarking “This might upset some people, but I work on each as though it were the last thing I did with my life”. Kodama continued, saying “If I didn’t actually do it that way, I wouldn’t be able to make something as full of heart as these. And I really have worked on all of them as though they were my last project.”

The SEGA AGES series was Kodama’s last project at SEGA. 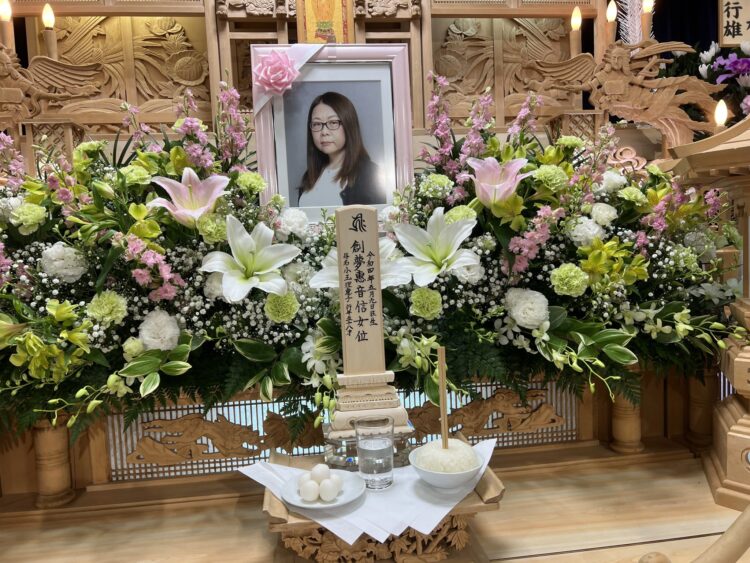 Since the news broke, there has been an outpouring of reactions and memories from fans an industry peers. Yuji Naka said:

“Rieko Kodama passed away on May 9, 2022. I have very fond memories of her because we were Sega colleagues and created Phantasy Star and Sonic together. I wasn’t sure about the funeral pictures, but I wanted everyone to remember her. May she rest in peace. Rieko Kodama, forever.”

2 responses to ““In Memory of Rieko Kodama” – Remembering the Legendary SEGA Designer, Director and Producer”