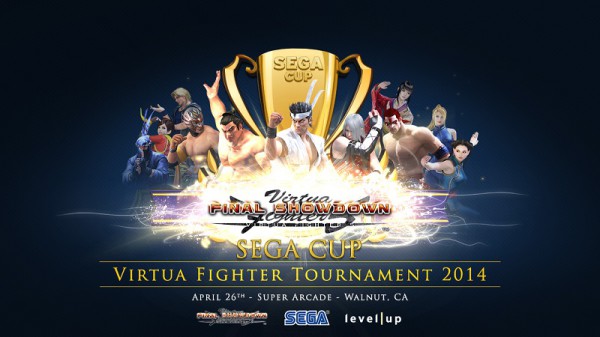 The SEGA Cup 2014 for Virtua Fighter 5 Final Showdown is now live with tournament brackets and schedule released for the event.

The description is as follows:

SEGA® of America, Inc. today announced that it will once again host a Virtua Fighter™5 Final Showdown Tournament this year, continuing its partnership with Alex Valle and Level|Up. The 2014 “SEGA CUP” tournament will take place in Los Angeles at the Super Arcade on April 26, 2014. Cash prizes will be awarded to the top 16 players. Once again, the version for the PlayStation®3 computer entertainment system will be used for the competition.

The tournament will be streamed on Level|Up’s twitch channel. Who’s going to be the best Virtua Fighter player in the West Coast this year? Click here to see the schedule for the tournament.

Fans of SEGA’s Virtua Fighter listen up – registration for the SEGA Cup opens today! Announced earlier this year, the SEGA Cup features a Virtua Fighter 5 Final Showdown Tournament, held in partnership with Alex Valle and Level|Up. The tournament takes place in Los Angeles at the Super Arcade on April 26, 2014 from 10am to 10pm. The top 16 players will be awarded cash prizes, and the PS3 version of the game will be used for the competition.

Think you have what it takes, or are you just up for a day of kicking ass or having your ass kicked? Head on over to their official site today! 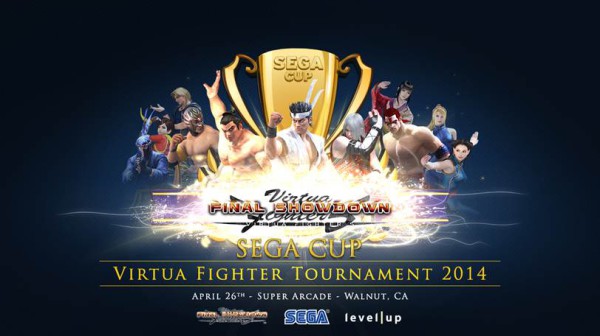 SEGA of America is once again hosting a Virtua Fighter 5 Final Showdown tournament in the form of the “SEGA CUP”. The tournament, created in partnership with Alex Valle and Level|Up, is set to take place in Los Angeles, California at the Super Arcade on April 26, 2014 and The top 16 players will be rewarded cash prizes. The PS3 version will be the version used for the tournament, so start training those fingers on a DualShock!

SEGA says that details about how to participate in the “SEGA CUP” will be announced at a later date. For more information on the “SEGA CUP”, visit sega.com/segacup 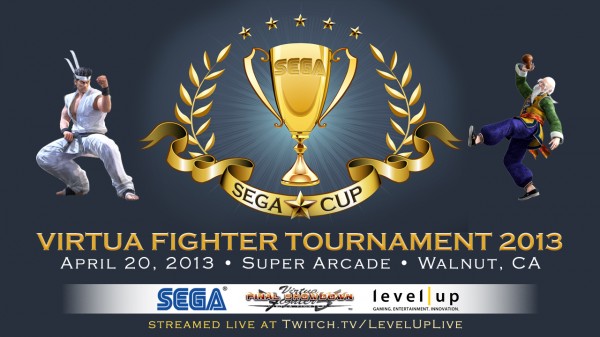