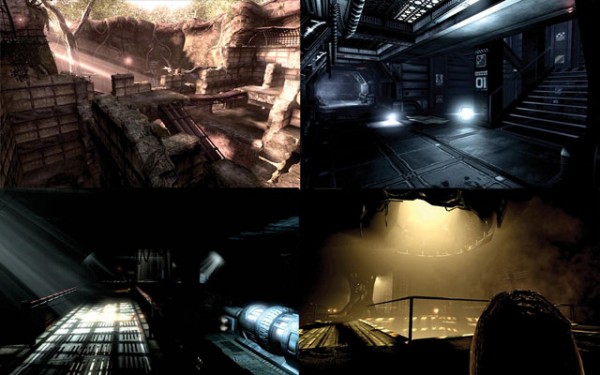 Aliens vs Predator has gotten 4 new maps, well new if you didn’t get the European Collectors Edition. So, its new if you have not played them I guess. Two of the maps are “Docks” and the other is “Machine” both for regular Multiplayer modes. The other two are only for Survival mode and those two maps are called “Outpost” and “Hive.”

How much will the pack cost you? 560 MS points ($7). Not too bad of a price, would be nice if it came with some extra skins. No date has been given, just saying they will be out soon. Also, they are only confirmed for Europe at the moment.