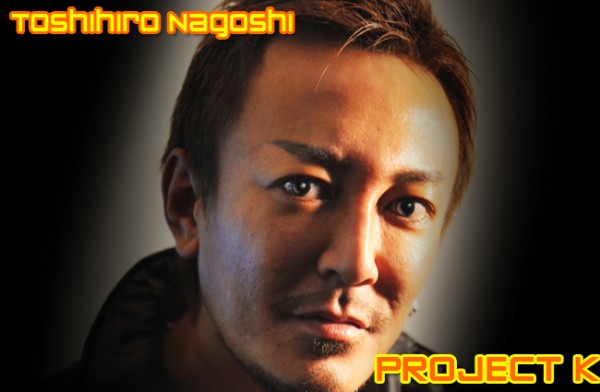 You saw the scans below, with all the Japanese writing. Well, in the magazine they talked to playboy Toshihiro Nagoshi about the upcoming PSP game. First thing we know is that the game will take place in Kamurocho (inspired by Tokyo’s Shinjuku).

The obvious? The game will not be called Project K, that is a place holder at the moment. He did say that the game won’t be like any other Yakuza game before it and will not be called “Ryu ga Gotoku”. He did mention using it as a subtitle though.

So why has the game switched from consoles to a portable device? According to Nagoshi he wants to reach a younger audience and have gameplay features that are expected in a portable game. He did not go into details. Why does he want younger kids to play the game? According to him he wants kids to be more aggressive, both mentally and physically. Something he thinks kids lack. He does not want kids to go out and fight, just wants them to learn from the game characters life and live strongly.

Nagoshi says the idea for Project K has been around since he started making the first game, but he never had time off the main series to work on it. He says this game will deal more with the idea of violence. Like Yakuza series was not violent enough.

Another interesting fact, the game will not be developed by the Yakuza developers; this is a brand new team.  This leads me to believe that the reason this is coming out is to give Yakuza 5 a 2 year development cycle. Famitsu asked if this game will effect the main series, Nagoshi said no and that its too early to reveal anything about the main Yakuza series.

The main character for Project K is 18-year-old Tatsuya Ukyou, a “”Pure but Immature” character, as Nagoshi likes to describe him. Unlike Kazuma who is part of a dark side of society, Ukyou is a delinquent and street tough. Rage fuels him.

Famitsu stated that the cutscenes were very impressive. Nagoshi said they could not deliver in graphics, so they decided to work on the cutscenes to deliver human drama. After a ton of trial and error, they decieded to go with a Metal Gear Solid: Portable Ops type of artwork that is animated with voice overs. The ‘event scenes’ are being done by Spooky Graphics.

The magazine says that even though the cutscenes are different, the gameplay looks pretty much like a Yakuza game. Corner store Don Quixoti is even in there. Battle screens even show a heat meter.

Nagoshi did hint that there will be differences in combat, but did not go into specifics. He did say that  violence will play a major role and that the team is working hard on that. The gameplay is said to be more “in your face” than the past Yakuza games.

Like always, no idea if this game will be released in the west. I for one hope it is.