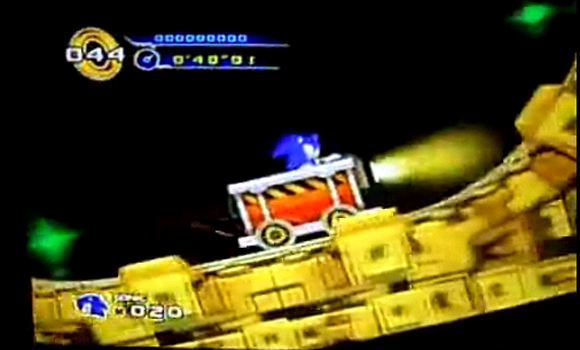 So, we all seen the leaks that made rounds about the internet. You know, the Sonic 4 leaks? Well, SEGA is not happy with that (obviously) and said that it was early concepts.

“Yeah it’s a shame such an early concept was viewed upon when the reality is that the game we have today is very different from that. My job as brand manager is to communicate with the consumer, letting them know how we react to this feedback. We took it very seriously that our build had been stolen and took measures with first party to ensure that it doesn’t happen again, but more than anything we want to lay to rest fan concerns that the game isn’t polished or doesn’t have what it needs and I think a big part of that message was extending the development and making sure that fans feel like they’ve been hard because they have been.” – Ken Baloughs, Sonic 4 brand manager

I’m pretty sure that the leaks actually helped the game in the end of the day. Lets be honest, you think they would have told us about the mine cart level? SEGA was very secretive about the game, they would have most likely just released the game as was, mine carts and all. But after all the fans saw it, they complained. Now we have extended development times. Good? Bad?