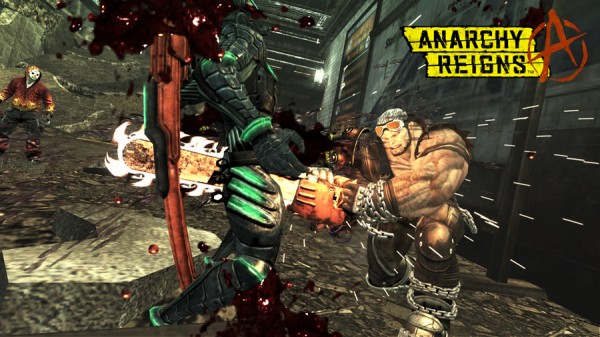 Platinum Games has enjoyed a beneficial relationship publisher and that is set to continue with their latest title, Anarchy Reigns. The title is set to be a number of new Intellectual Properties that publisher SEGA is set to be releasing next year and is a sort of spiritual sequel of Platinum Game’s first title, MadWorld. Although not as much as one would expect, there is still plenty that separate the titles, in particular is Anarchy Reigns heavy focus on multiplayer gaming and perhaps become to SEGA what Power Stone was for Capcom. Read on after the break to find out what I thought of the game at the recent Eurogamer Expo. 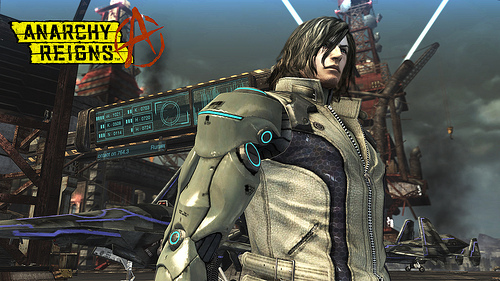 Out of all of SEGA’s games on show, Anarchy Reigns had the lowest waiting time, infact getting a game was relatively easy for me that ensured I was able to play it three times. It should be stressed this was due to each game having a 5 minute limit that ended each death match. SEGA had opted for solely multiplayer experience and had hooked up 4 Playstation 3’s (8 in total) to have a death match between 4 players. Unfortunately  as you can imagine, I was unable to play the single player gameplay and can only report back on how I fared and found the multiplayer. It seems SEGA will really push for the multiplayer in the title, which is only naturally as developer Platinum Games will be allocating most of their focus towards that segment of the game.

In my initial playthrough I opted to use Garuda, a transforming mecha that goes between his humanoid and jet form depending on the players action. You can lock on to your opponents, block their attacks, grab them and charge up your attacks to unleash even stronger combos. Also specific to each character is their primary weapons, for Garuda, it was two giant drills that popped out of his hands. The other characters I would use on my later playthrough, Jack and Zero, had a chainsaw and twin katanas respectively. It helps to add to each characters individual differences and add a little extra depth to the battle. I found out that charging certain characters heavy attack also helped with a specific attack, Garuda turned into a jet and rammed into anyone in his way, Jack charged through his enemies with his chainsaw and Zero would attack one character with multiple slashes with his katanas. 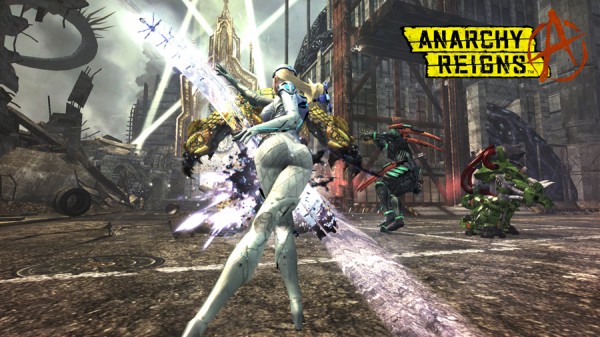 However the character’s moveset will not be the only ability they will be able to use against their opponents. The stage I was playing seemed to be some sort of ship adrift at sea had forklifts that one could grab and through towards other combatants  and exploding barrels. Also one could find in the stages were various powerups that popped up random, one such being a sniper rifle, unfortunately in none of my seasons was I lucky enough to gather such a weapon but it is another nice variety to attacks that could help to stop the game going stale. Finally there is a super attack players will be able to unleash once their character starts glowing by pressing down both analogue sticks. In this mode players can execute a fast combo rush to cause massive damage on rivals and will be near invincible to any other attack except for a player with the same super ability activated. It should be noted that once caught in a rivals combo, unless one manages to counter, it would be hard to bring out of the rush of punches and kicks.

Finally, at the end of the match the point system is dished out that hands out points to each players for various achievements, ranging from combos to who managed the most kills. I was informed that it will not just depend on who killed the most amount of players, as such judgement made could be unfair for those who obtained a kill through cheap kills so other factors would be taken into account during the score tally. Each character did feel slightly different, Zero was fast, Gruada was slow whilst Jack was in between and their respective moveset had slight differences, however I would not say a great more deal of difference would be found between the characters.

Graphically the game ran fine and without a hint of framerate drop however the level I was playing will no doubt be the challenge here as we have seen trailers showcasing a tidal wave incoming and other more strenuous events that will test the framerate. The art direction itself helped to differentiate all of the 14 characters available to play in the demo and just for good measure Platinum Games put in around 8 different colour palettes to ensure players would be able to pick the same character multiple times. Unfortunately due to the level of noise at the Eurogamer Expo, music was very hard to listen to although one can presume from what we have seen that the musical styles will remain similar to MadWorld. 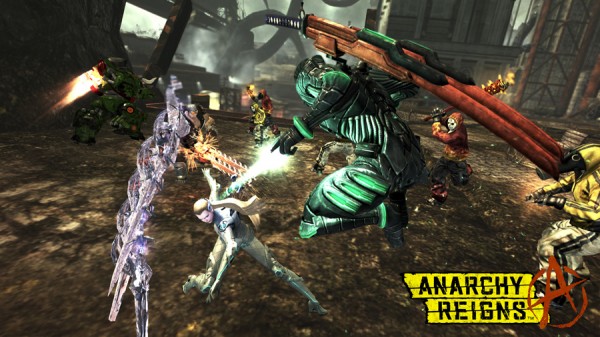 At the conclusion of it all, Anarchy Reigns certainly felt like a game you could enjoy yourself if you can get a dedicated group of friends together and there is fun to be had, however as a single player, the gameplay does seem as though it would get tedious easily. As stated prior though, it is a good thing that SEGA was focusing more towards the multiplayer aspect of the title as that certainly is its strong point and I feel that the success of this title and its ability to hold the attention of anyone who purchases will come down to how well its’ online community is formed. That covers this game but come back tomorrow as I will be checking one of SEGA’s most anticipated titles, the game celebrating Sonic the Hedgehog’s 20th Anniversary, Sonic Generation.

7 responses to “Anarchy Reigns: The new Power Stone for parties”