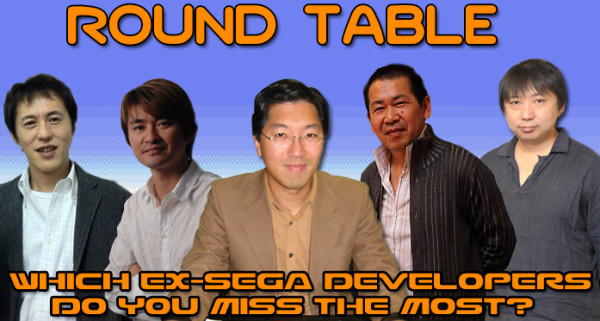 Most people follow around sport teams and their players, here at SEGAbits we follow SEGA studios and developers. There have been tons of employees and developers that SEGA have fired or left throughout its long history, as is expected with every big publisher. But sometimes there is that developer that was behind one of your favorite games, when he leaves the company it really tugs at the heart strings. So in this week’s round table we will be discussing which ex-SEGA developers we miss the most! 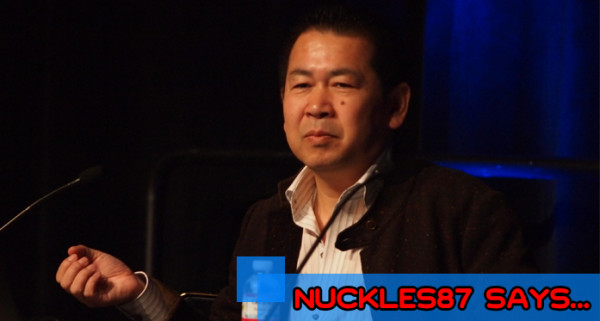 As a die-hard Sonic fan, my first instinct was to pick Yuji Naka. After all, the man is responsible for some of SEGA’s best games like Sonic, NiGHTS, Burning Rangers and Phantasy Star, so wouldn’t it be awesome if he came back? Then I remember all of the games he’s made since Phantasy Star Online and Samba de Amigo, and realize that the man probably did not have much left to contribute to SEGA anyway. Though, maybe I am being unfair to a man who had to work within a company that was transitioning into a third party company.

So really, I’d have to go with Yu Suzuki. While many like to call Yuji Naka “SEGA’s Miyamoto”, I would prefer to give Suzuki  that title. I mean, just look at the man’s credentials: Outrun, Hang-On, Afterburner, Space Harrier, Virtua Racing, Virtua Fighter, Virtua Cop, Daytona USA and last but not least the epic Shenmue series. Yu Suzuki pretty much single handedly built and maintained SEGA’s arcade empire well into the Dreamcast era, created several  genres and revolutionized several others. The man knew how to use the latest technology and always seemed to know how to create innovative new game designs with the latest technology.

This is just the sort of developer today’s SEGA needs. A man who can use new technology to create brand new game experiences. It is such a shame to see him making social mobile games, when at one point he was at the forefront of the industry. Maybe Yu Suzuki no longer has what it takes, or maybe today’s industry is just too different from the industry he prospered in. Regardless of that, I would like to see him given at least one more chance to work on a big budget game on next gen hardware. I want him to have the chance to end his career on a high note, at least. Seeing Nuckles go back and forth between Yuji Naka and Yu Suzuki is funny to me because I found myself doing the exact same thing. It’s a strange place I find myself in; Before the Dreamcast era, I knew little about the inner-workings of SEGA. Growing up I had a Genesis and loved it, but as far as who was developing the games I was playing, or what studios were behind them, I simply had no idea.

The Dreamcast was a weird place for me to have fully jumped onboard the SEGA train, for the obvious reason that SEGA was, at that point, on the verge of leaving the console business. The two Shenmue games are my favorites of all the video games I’ve played, but I’ve never been a fan of any of Yu Suzuki’s works outside that series. And it’s not because I didn’t think he did a good job with them. It was simply because they were in genres that I’d never really found myself being into, and were very arcade-driven at a time when I was too young to have spent much time at the arcades. His post-Shenmue output of arcade titles, which remained mostly in Japan, were very tough for me, as a fan, to relate to. And so while my first instinct was to go with him, I think ultimately Yuji Naka is the SEGA developer who I feel right choosing for this Round Table.

Naka leaving was sad in a number of ways. It was sad to see the departure of the person who arguably helped establish SEGA as a key player in the industry, and it was sad that his exit was not exactly under the best of terms. It’s even more sad, looking at it today, that his more business-oriented role at SEGA in the years leading up to his departure, not to mention the fact that Sonic was being churned out like it was on an assembly line once SEGA went 3rd party, seems to have taken its toll on Naka creatively.

His games since leaving SEGA haven’t been great, but they’ve also been low budget. Rodea the Sky Soldier looked like a step back on track for the Sonic creator, so maybe he does still have it, it’s just a shame it wasn’t ever released in Japan, letalone in the West.

I think it would have been awesome to see Rodea with a SEGA-sized budget, rather than as an indie title. I wish Naka was still playing a role in the modern Sonic series. And I wish he was still around to create new games that would maybe have helped define SEGA for a new audience, much like Sonic did back in 1991.

Would this have actually happened? Who knows. But it doesn’t hurt to dream. Being the long time Sonic fan that I am, I’m going to have to go with my man Yuji Naka. When I first got into gaming, I assumed games just magically happened. I really didn’t put much thought into who made them or how they were made. When Sonic the Hedgehog released, my whole perception of video games changed, as I was determined to know just who was behind this character that I loved so much. If Mickey Mouse had Walt Disney, then Sonic surely had a creator. As Sonic the Hedgehog was the first game I played through to completion, and sat through the credits for, I spotted the name Yuji Naka and latched onto it. Years later I learned more of the specifics of Sonic’s creation, including designer Naoto Ohshima and game planner Hirokazu Yasuhara’s contributions to the series and character, but in the early 90’s Yuji Naka was it.

When Yuji Naka left Sonic Team and SEGA to create Prope, I was sad to see him go. Given Naka’s 2006 departure, and the Sonic games that were releasing at the time, I really thought there was a connection between Naka’s absence and the series decent into crappiness. However, from 2008 onwards the Sonic series picked up and by 2010 the series was great once again, without Naka. But what of Naka? Prope released a few decent titles with Let’s Tap and Ivy the Kiwi? (I’m still baffled as to why that game has a question mark in the title), but beyond that they have done little else but a few Wii titles that are either not coming West or are not being released at all – Rodea the Sky Soldier is still in limbo. It’s pretty clear that Yuji Naka hasn’t done a great job outside of SEGA, and given how great the Sonic series is now, I’d love to see Naka back working with the new Sonic Team. I’m certain he has fresh and unique ideas, and a return to the series would be an exciting move for fans of the former SEGA developer turned bizarre App creator. Seriously, what the hell was with Fluffy Bear?? Everyone seems to be going for Yuji Naka or Yu Suzuki, both being some of my favorite SEGA developers. Of course, I can sit here and talk about both those, but the writers above me have done a fine job writing about them. I want to write about the underrated Tetsuya Mizuguchi and his team over at United Game Artist.

Something about United Game Artist and Tetsuya Mizuguchi’s games grab me. I don’t know what it is, I think its the style he uses. The weirdness you don’t see in many games, the uniqueness in them. Sure his first games where Sega Rally and even those have memorable parts to them (hard right?), even if they are just off road racing titles.

But his real works came when they SEGA launched the Dreamcast, then he created Space Channel 5 and Rez. Both games involving music and weird art stylistic visuals. Both games could be considered ‘trippy’ and fabulous at the same time. Sadly Tetsuya Mizuguchi left SEGA in 2003 when the company decided to restructure during the SEGA-SAMMY merge and put United Game Artist employees in Sonic Team.

There United Games Artists continued to work on unique titles like Feel the Magic, a DS launch title and its sequel Rub Rabbits under the Sonic Team banner. As for Tetsuya Mizuguchi, he made his own team called Q Entertainment. They are responsible for games like Lumines (puzzle game), Child of Eden (spiritual successor to REZ) and much more. In 2006 he also founded the electronic group Genki Rockets along with Kenji  Tamai. 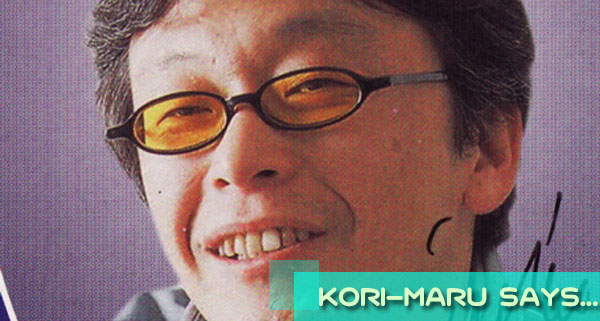 Yuji Naka and Yu Suzuki are one of the most talked about ex-Sega employees in the gaming industry but their is one man I’ve chosen for the Round Table and that’s Noriyoshi Oba, former game designer and producer for Sega Overworks formally known as AM7 Team Shinobi. The first game he worked on was Wonder Boy in Monster Land which came out on in 1988. He’s also known for producing the games that people grew up with during the 90s such as Revenge of Shinobi and the Streets of Rage series.

During the Saturn era, Oba’s team we’re in charge in making Sega Saturn titles such as Clockwork Knight and Sakura Taisen which his games we’re commercially successful in Japan, the man (Bernie Stolar) decided not to have Oba’s games released in the West. Later on, him and his team continued working on the Sakura Wars series, Skies of Arcadia, and the PS2 release of Shinobi. The last game he produced before he left Sega was Sakura Taisen V. I say that his team has done a wonderful job producing various Overworks titles during his time at Sega Corporation. If it weren’t for him, we wouldn’t have been playing such awesome games of our childhood. I feel that he should gain more recognition than he deserves.

Now you know who we miss the most, tell us which ex-SEGA developer you wish was back with the big S.

10 responses to “Round Table: Which ex-SEGA developers do you miss the most?”