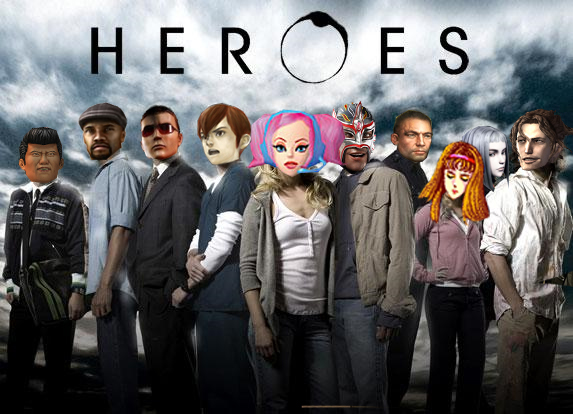 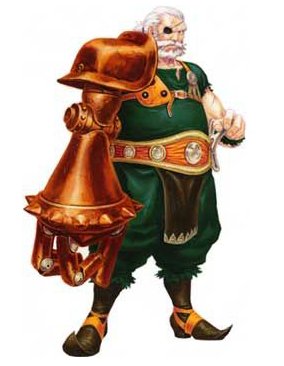 It’s commonplace in Japanese RPGs for the “old” character to be the best in the game, and in Skies of Arcadia, that character was Drachma. A gruff but kind-hearted sailor, he spends the majority of his time hunting Rhaknam, the whale responsible for the loss of his arm and family.

Drachma was something special, a weary but determined character who it seems has been through so much tragedy and yet still presses on, determined, in his goal for revenge and, eventually, for the good of the world. Drachma not only gives the game an emotional center, but he was simply awesome. His dialogue was funny, his actions heroic, and he kicked ass in battle, too.

Easily one of Sega’s best heroes. 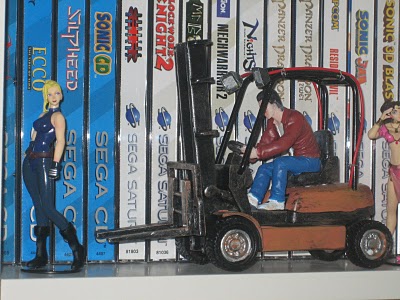 When it comes to being a SEGA fanatic, I would assume everybody is in it for the games or for their severed memories of a once powerful home console market leader. We all know the heroes of our favorite video games though I admit, it is a tough choice to select the favorite hero, bearing in mind how different each hero is for example Sonic the Hedgehog, Alys Bangwin from the end of the millennium, Ryo Hazuki of the Hazuki Dojo. I could go on and on. 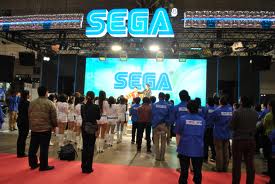 It doesn’t get any easier if you decide to make your Sega Hero a designer (read programmer, coder, producer, director whatever you’re comfortable with), it could be the Master mind behind every SEGA console Hideki Sato, it could be the self proclaimed queen of video games (he was joking) Yu Suzuki of Shenmue fame (I know he has done more, but so has everyone else), and then we have the First Lady of RPG’s Phoenix Rie aka Rieko Kodama it is hard to choose a favorite.

Then we have the suits, the corporate folks that get a lot of slack for being incompetent, the names of Bernie Stolar or more recently Simon Jeffery send fans in a manic state of rage, but then we’ve had super stars like co founder of Sega David Rosen, the neo creator of modern Sega Hayoa Nakayama, or our current president of Sega West Mike “The Man” Hayes. 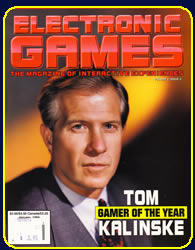 I have decided to go with Tom Kalinske as if it wasn’t for him, Nakayama and Rosen’s ambitious plans of being the anti-establishment king of the industry may have never been realized. He spent a little over half a decade and Sega, and really did so much for us fans. Too many things to just list here so I leave you with his first pitch in the board room with SOJ:

Kalinske’s plan could be summed up in four simple steps:
• Aggressively market the Genesis in the U.S., the biggest market in the world (believe it). This lead to the implementation of the “Sega Scream,” one of the most recognizable ad campaigns ever. (Once more, it must be noted that the idea of directly advertising against Nintendo did not originate with Kalinske. Former Sega president Michael Katz originally challenged the big “N” with the famous Genesis Does what Nintendon’t ads shortly after the Genesis launched.)
• Make people aware of the speed and power of the new system.
• Gear advertising towards the new, “cool” market that was buying the Genesis.
• Drop the price of the Genesis and switch Altered Beast for Sonic The Hedgehog as the pack-in. -Via SEGA-16

Kalinske Sama’s pitch to Nakayama Sama and the board: “You have to get rid of Altered Beast, the title that’s bundled with Genesis. It sounds like devil worship. We have to get the price down to $149, and we have to develop more American software.” The board spoke for two hours in Japanese and I was just sitting there, not understanding a word. Finally Mr. Nakayama said, “No one here agrees with anything you’ve said.” I thought mine was going to be the shortest career in the business. But as I was walking out, he said, “But I hired you to make the decisions for Europe and the Americas, so go ahead and do it.” 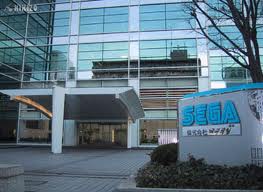 This is the moment when Sega Does (did) what Nintendon’t (didn’t), his tenure at SEGA is filled with funny (his recruitment), malicious (sacking former president Katz), inspirational (read the ^ pitch) and tragic stories (his departure) from truly the best time to be a Sega (dare I say) Nerd.

Sir Tom Kalinske, Mr. American Samurai we miss you. One day I hope to meet you in person and maybe just maybe get an internship at your firm. 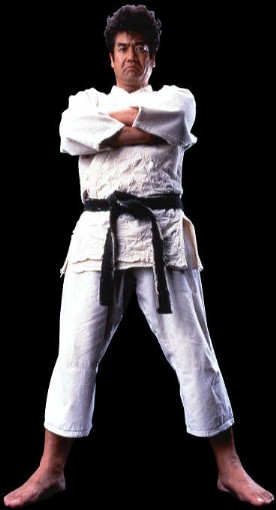 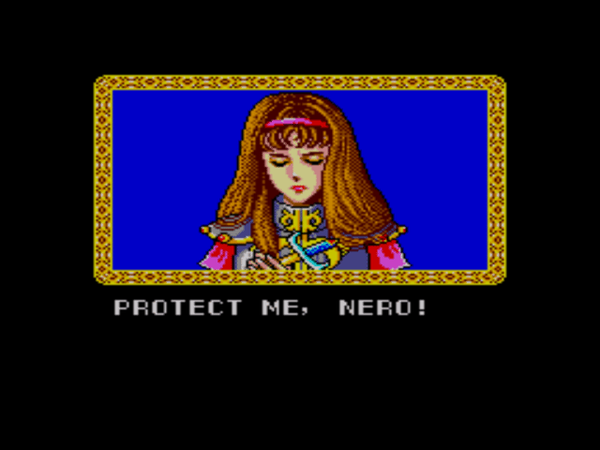 SEGA decided to try their hands at RPGs, since that was a popular genre in Japan with games like Dragon Quest and the Nintendo (then) exclusive Final Fantasy series. Instead of going and copying something like those two games, SEGA went a totally new way. Their game was sci-fi in setting and the first game had a female lead role. Even today, video games usually star men about 99% of the time.

SEGA introduced Alis Landale, a 15 year old girl who was on a mission to avenge her brother Nero, who she saw get killed right in front of her eyes. Alis was basically Ryo Hazuki over a decade before he even had his own game! A story of her on an epic mission and she wasn’t a stereotypical whiny female that you see in most JRPGs. 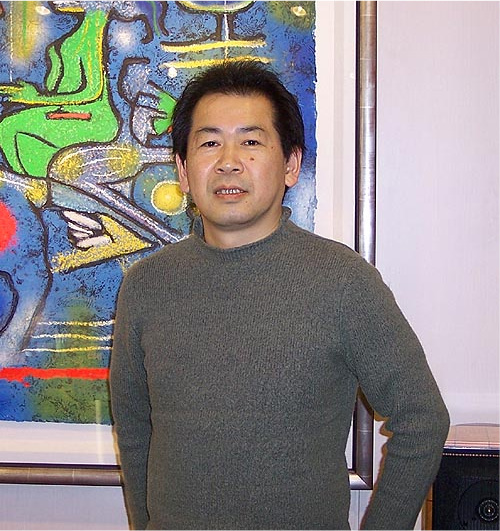 When I was asked to do this article, I only had one man as my choice, none other than the once great talisman of SEGA, he has been the mastermind of some of SEGA’s most successful and long running series. Having worked in the company for now almost three decades, there is no other active designer who has as much a connection as to one video game developer with the exception of perhaps Miyamoto. 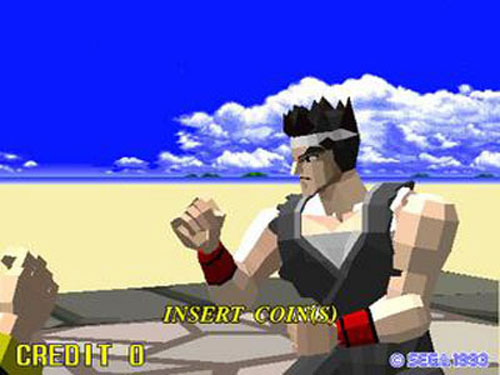 But why should such a man be deemed a legend? It’s simply because he always seems to be ahead of the curve, whether it being developing the sprite scaling technology he applied in Hang-On or Space Harrier, or the revolutionary Virtua Racing and Virtua Fighter. The man never seemed to stop thinking how much further he could push the boundaries for SEGA and this is seen in his wide ranging catalogue of video games he has helped produce, ranging from mere fighting games, to driving games, to simulation racing games, shoot ’em up and even had a hand in music games! Suzuki’s portfolio of work showcases just the ability this man had in his work and the work rate he commanded from his team. Who knows, perhaps without some of my favourite arcade titles in Outrun and Afterburner, I may have not been a SEGA fan! 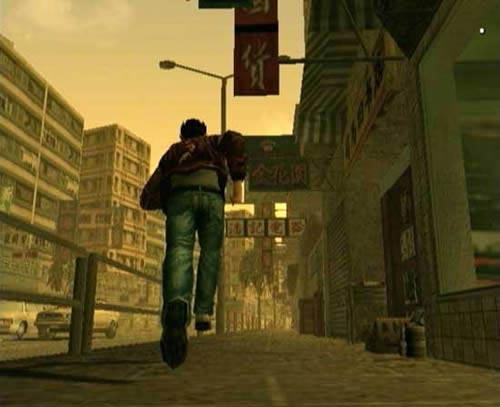 But it would not be right for me not to talk about Suzuki’s crème de la crème, the fabulous Shenmue. Unlike other sandbox, or any genre, games that tried to create a living world, Shenmue managed to do it twice. There is something special about Shenmue that I’ve yet to witness in any game ever since, certainly games have come close, but none have reached the levels that Shenmue has. Without making this article completely about Shenmue I’ll end it in this last sentence; the level of depth that Shenmue provided to its town I’ve yet to see in any video game and it is this depth that helps provide the extra level needed to truly become immersed.

But Suzuki’s accomplishment goes beyond just spending $60 million in a time publishers were having a hard time spending half of that, one of the tales of his impressive workmanship came to light when he took a chip that would cost $2 million and slimed it down to supply the needed power for Virtua Fighter 2 and its showcase of top level graphics. With such accomplishment it is no surprise that SEGA gave the man such recognition and he commended more weight at the developer than high level executives. 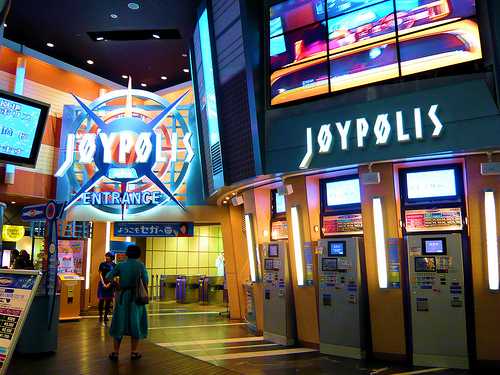 Certainly due to his contribution, SEGA dominated the arcades thanks to fine titles such as Afterburner and Outrun, before SEGA had pushed their bank accounts into billions of dollars, Yu Suzuki was laying the foundations to SEGA’s struggle hold over the industry, one they are yet to relinquish. Infact who knows how much bleaker the future would have been for SEGA, had they not had the arcade business to support them during the dismal years of the SEGA Saturn and Dreamcast.

I could go on about this man but if you’re a SEGA fan, and most likely you are, then I don’t need to go on. If you’re not, just check out some of the games I’ve mentioned and perhaps you too will understand why I don’t just consider Yu Suzuki’s SEGA’s best designer, but one of the best in the industry to date. Truly a blueprint for any inspiring game designer.

Round Table: How we feel about Yu Suzuki bringing back Shenmue III

Round Table: How we would like to see Ristar brought into the modern era
Phantasy Star Round Table Segata Sanshiro Skies of Arcadia Tom Kalinske Yu Suzuki

7 responses to “Round Table: Our favorite SEGA heroes”