SEGA Sammy have released their latest report showing off robust earning through several of their division but certain segments of SEGA’s internal division still lost them money, however it was not the usual suspect as one might expect, click the break to find out how well the SEGA Sammy group did overall; 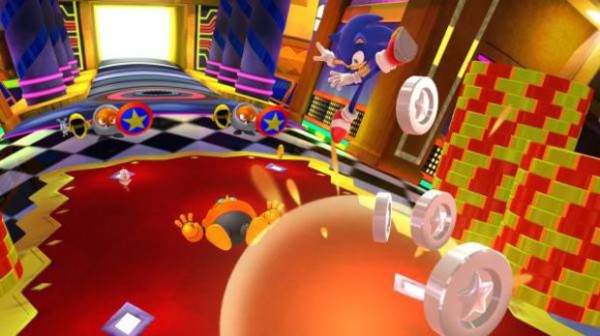 Despite traditionally being SEGA’s best selling IP, Sonic: Lost World was not SEGA’s most shipped product

SEGA’s consumer division enjoyed strong figures going into the third quarter with Football Manager 2014 being their standout seller, posting sales of 680,000 units though this figure is down from last year’s installment at 730,000, though it should be noted Football Manager 2013 is the fastest ever selling Football Manager. Whilst SEGA’s Japanese football management series, SAKATSUKU Pro Succer Club wo Tsukurou! sold 200,000 units, however according to Sinobi, SEGA was expecting sales of 280,000 in total for the title. 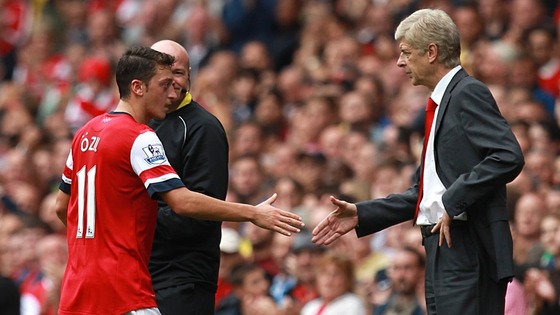 The major talking point though was the latest adventure starring SEGA’s blue mascot, Sonic: Lost World. The title managed to sell 640,000 which seems to be the lowest entry for sales for a mainline Sonic game since 2006, what would be interesting is seeing how the title does for SEGA’s entire fiscal year as we would have a better idea of how well the title is selling, the previous two Sonic titles usually add between 200,000 – 300,000 between the January – March period (Sonic Colours went from 1.85 million to 2.18 million and Sonic Generations went from 1.63 million to 1.85 million) At this point it is hard to estimate just how much has been sold through to consumers as we know sales in America have not pushed beyond 200,000, the game could either have sold a late flurry of units or there maybe a lot of units on the shelves. The full year report in May should give us a better understanding just how long the titles legs will be. 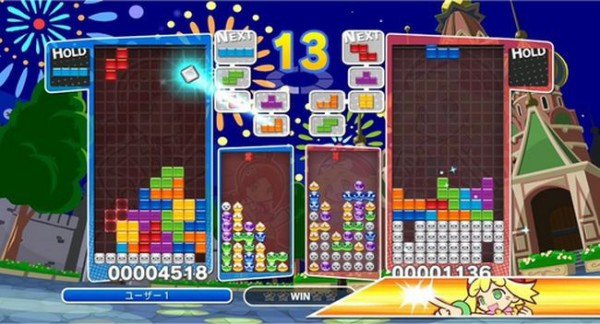 The division in sales between packaged goods and digital goods are almost identical, with packaged goods selling ¥28.4 billion and digital goods selling ¥28.3 billion, no doubt soon we will see stronger digital sales for SEGA than packaged goods. In the Consumer Division’s other departments, SEGA Toys noted continued sales in their mainstay product “Jewelpod Diamond Premium” and recording sales of ¥7.4 billion whilst their animation department reported to favourable sales for their latest animated feature “Anpanman: Fly! Handkerchief of Hope” recording ¥8.3 billion in sales. 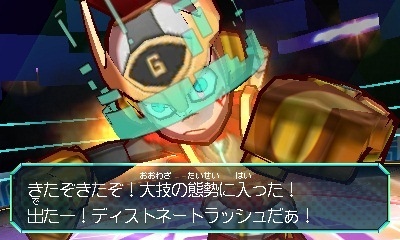 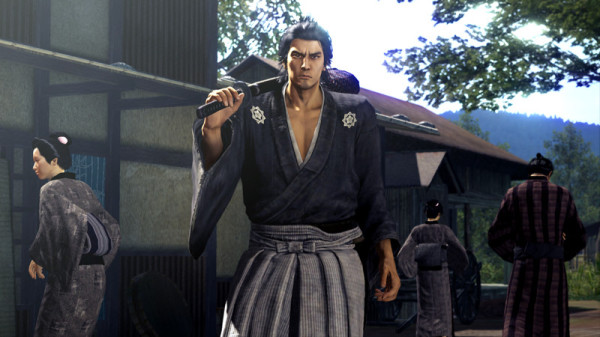 Despite this however, it might still be a tricky task as Puyo Tetris experiences long term sales rather than an initial burst of sales, PSO2 Episode 2 will probably see sales around 100,000 – 120,000 in line with the original, Hero Bank is an untested new IP and we know that SEGA’s stab in the rhythm dance genre in Utakumi 575 was a massive failure, it may come down to how well Ryu Ga Gotoku: Ishin and Hatsune Miku: Project Diva 2nd f perform and whilst the latter seems like it should have strong sales, Ryu Ga Gotoku: Ishin current preorder numbers align closer with Ryu Ga Gotoku: Kenzan meaning a debut of around 180,000. No doubt the success of the Playstation 4 will effect the long term sales of Ru Ga Gotoku: Ishin. Still I would expect the consumer division to produced a good operating profit by the end of the fiscal year. 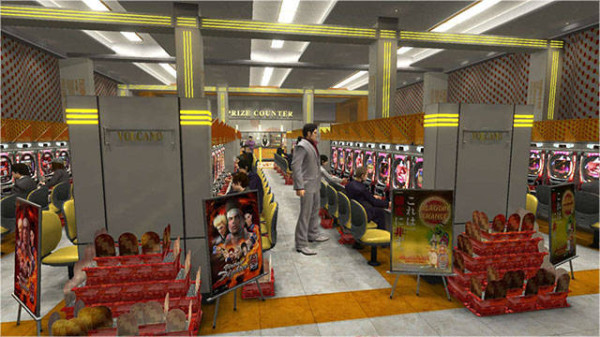 Over on the Pachinko side of the business the group noted strong sales of “Pachinko CR Hokuto No Ken 5 Hyakuretsu” (64,077 units)  and “Pachinko CR SOUTEN-NO-KEN” (27,139 units) with total unit shipments accounting to 156,538 units. Net sales for the segment was ¥49.3 billion though SEGA Sammy is expecting that revenue to more than double to ¥100.8 billion for the full year as major titles will arrive to help boost the profitability of the division. Altogether the pachinko & pachislot division recorded an impressive ¥50.0 billion in operating profits seeing a massive growth of 549% year on year. 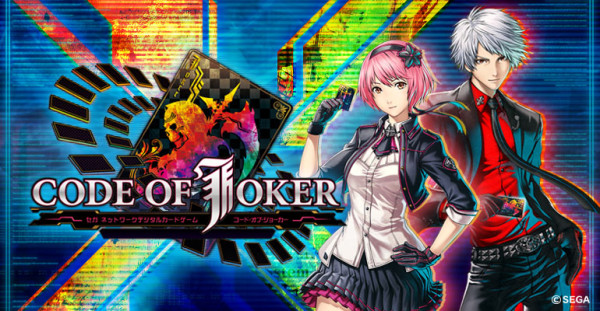 Unfortunately it was not all good news for SEGA Sammy as their previously stable arcade division recorded an operating loss which was further exacerbated due to the trouhled amusement centres unable to make up the difference. SEGA’s arcade sales division biggest money maker was Code of Joker earning them ¥2.3 billion, a good strong figure and historically what is expected for a tentpole new release for SEGA’s arcade division. Other major titles WORLD CLUB Champion Football Series and Border Break made ¥2.1 billion and ¥1.2 billion respectively. The segment produced revenues of ¥28.0 billion with an operating loss of ¥0.2 billion. Blaming the loss on sluggish market condition as well as the lack of many major new titles, however the group is hopefully of an end of year operating income of ¥2.7 billion. 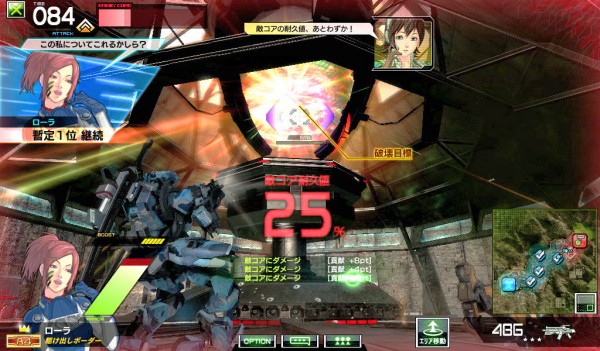 However SEGA’s Amusement Centres continues to suffer as the group was forced to close a further 3 stores domestically whilst opening 4 more, unfortunately that is all they will be opening this year but closing 5 more by the end of the year. It certainly is a shame and no doubt the arcade industry is in it’s twilight years perfectly demonstrated by the number of amusement centres it had in the beginning of 2010 (260 facilities) compared to the total facilities they will have by the end of fiscal year 2014 (197) The segment recorded net sales of ¥32.4 billion of which saw them make an operated loss of ¥0.0 billion, meaning a minor loss but a loss none the less. 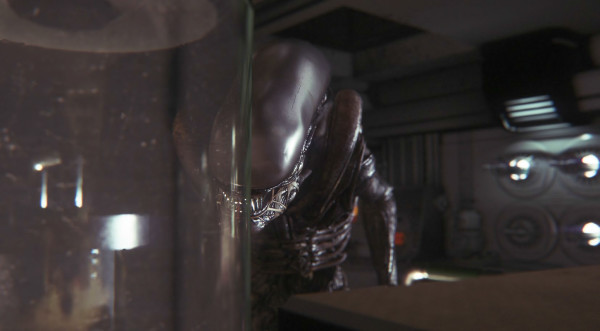 Overall the group saw a raise in net sales from ¥207 billion to ¥303 billion (£1,811,334,000 / $2,970,006,000) But whilst the rise was only 55% in net sales, they saw a massive increase in profitability recording net profit of ¥44.3 billion (£264,825,400 / $433,519,800) up 1377% from the same period the last fiscal year. A major reason for the increase outside of both the consumer, pachislot and pachinko divisions all coming off of major year on year increase in profitability was the sales of shares in Sanrio Co., Ltd (2.87 million) making an additional profit of ¥10 billion in profits. Going into the final quarter, it seems almost certain for both the pachislot, pachinko and consumer division of meeting their goals and should prepare them for a strong finish to the current fiscal year.