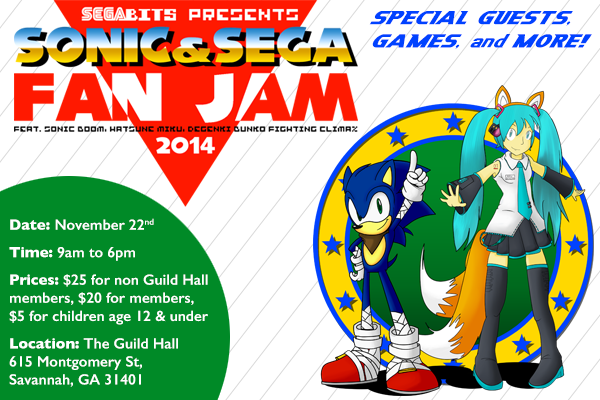 Cosplay Contest
Cosplay as your favorite Sonic/SEGA character and win sweet prizes from us and The Guild Hall. Hatsune Miku and Dengeki Bunko related characters are welcomed to enter.

One response to “Sonic & SEGA Fan Jam 2014 Prices and Event Details are here!”