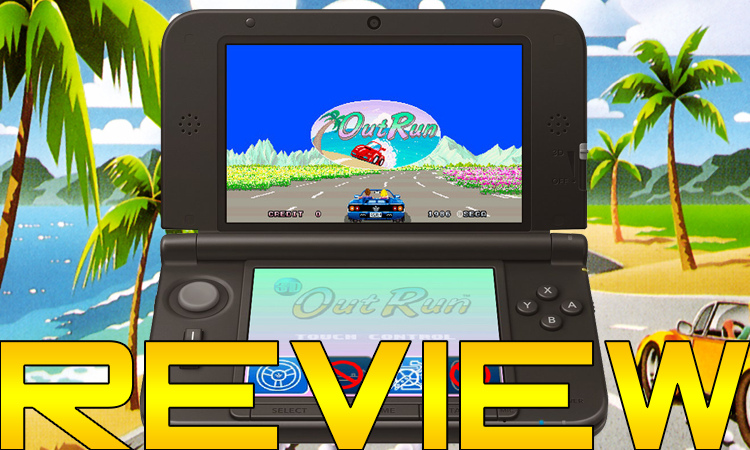 Out Run / Outrun (アウトラン) is a very important game in the history of SEGA, released back in 1986 on arcades and later ported to various consoles. Out Run was a massive success for SEGA, selling over 20,000 cabinets worldwide in its year of release. Almost 30 years later, we get a brand new port on 3DS with 3D Out Run. Is this port worth your time? Well, let’s talk about that… 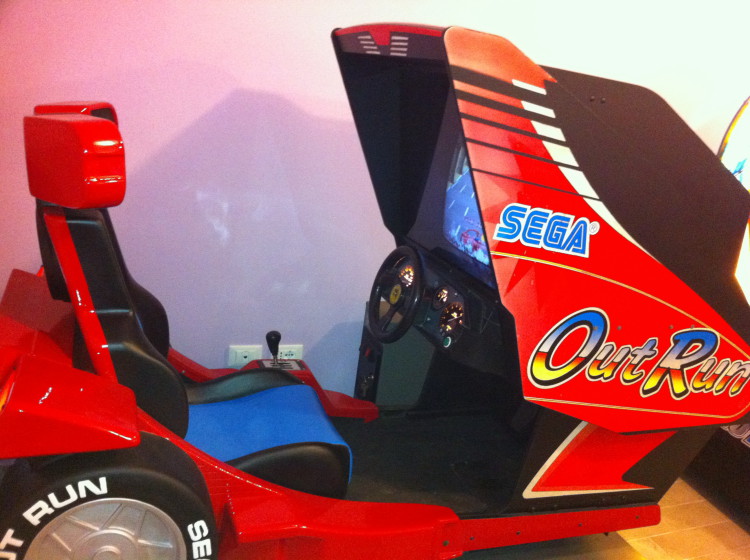 If you have never played Out Run (shame on you) it would be classified as a ‘driving game’, at least thats what creator Yu Suzuki calls it. The game has you taking the reigns of a Ferrari Testarossa as you drive cross country with your only opponent being the ticking clock; you are accompanied by your beautiful girlfriend as you traverse through beaches, deserts and other eye dropping scenery. The game tries to recreate the experiences of traveling and having a lot of branching paths really gives it this unique effect. 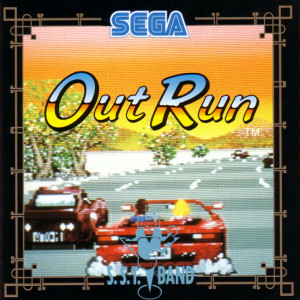 One of the biggest selling points for the game (outside of its cabinet) was the amazing soundtrack by Hiroshi Kawaguchi, at this point the soundtrack has become a classic. Due to the limitations at the time, the original arcade game only featured four tracks upon release and each chosen track was truly amazing. Nothing puts a smile on my face like listening to ‘Passing Breeze‘ as I race for the best time and then getting to the name entry screen to listen to ‘Last Wave’, which seems to invoke a strange feeling of nostalgia. Its strange considering I didn’t get into Out Run games until the franchise was over a decade old. I guess it just goes to show you how timeless the soundtrack really is.

Out Run was a follow-up to AM2’s Hang-On and just like the game it used the Super Scaler engine to allow objects to get bigger as the player moved the vehicle forward, but this game really took it to the next level. Unlike the previous games by the company, this one had 15 places the user could drive through all having their own unique look. From beautiful sunsets, to bright blue skies and everything in-between. 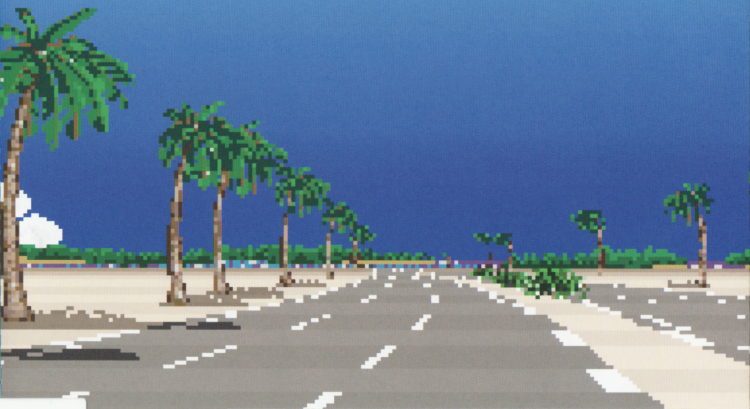 3D Out Run preserves the beautiful art assets that made us all fall in love with the original arcade game and expands on it. Unlike M2’s last release, 3D Fantasy Zone: Opa-Opa Bros, this game supports wide screen which takes up most of the 3DS screen and looks flawless. But much like other ports the game has an array of options for the display from the original 4:3  aspect ratio to even replicate the arcade cabinet. The arcade replication is actually a bit interesting, take for example if you try to emulate the deluxe cabinet the screen will turn sort of how the arcade cabinet turned in real life. All this attention to detail is one of the big reasons why 3D Out Run is a fantastic release. 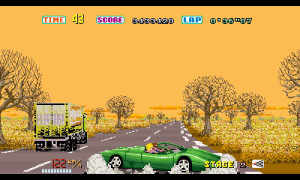 While I’ve stated before that I not a huge fan of playing in 3D mode on the 3DS, this game takes really good advantage of it by really adding depth, it especially looks awesome when you pass a lot of scaling objects at high speed. While I still prefer playing in 2D, the 3D in this game is really well done and a great extra feature. The game also stayed true to the arcade game’s sound, which you can read about in greater detail on SEGA’s translated interviews with the team. But what does it mean for the player? It means accurate sound, from car sound effects to the low-fi sounding announcer, it all sounds like you are playing the actual arcade cabinet and I wouldn’t have it any other way. The game comes with all 4 tracks composed by Hiroshi Kawaguchi and includes two new tracks exclusively for this game’s release which are titled Cruising Line and Camino a mi Amor. These new tracks are fantastic additions to the already amazing (but short) soundtrack of the original arcade game.

The start menu gives you the track layout, allowing you to toggle and see what each place is like before going there and also displays your best times (if you have passed through that direction), allowing users to easily see their progress. There are five unlockables in this game and the only way to get them is to complete each of the five paths. The first four unlockables are actually car upgrades that not only change the color of your car but also adds some tuning like driving off the road without slowing down or higher top speeds. Since the game runs at a silky smooth 60fps (opposed to the arcade game that ran at 30fps), the last unlockable is ‘arcade mode’ which features 30fps and 4:3 aspect ratio.

I think other setting options, like giving you more time or even lower the difficulty that removes traffic adds something new to the game. Don’t get me wrong, I love perfecting my driving skills and working on beating the clock while I dodge traffic. But sometimes you just want to drive without worrying about the annoying traffic, you just want to drive, enjoy the incredible art design and fantastic soundtrack. Its a much more relaxing experience.  Its nice that this game gives the user the option of experiencing the game this way. 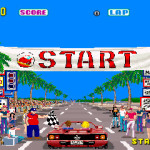 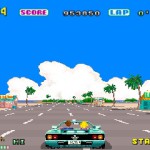 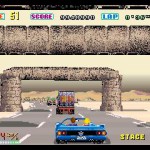 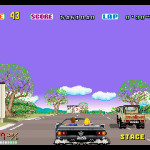 This is the best official home port of Out Run to date, beating out the Sega Saturn. This game not only features silky smooth 60fps, it also has widescreen support and new musical tracks. The new unlockables not only change the way your car looks but also how you play the game. Having the ability to remove traffic and increase time gives you a new, more relaxing way of playing and enjoying the game. Personally, I can’t recommend this version of the game enough, it goes beyond and above the call for a handheld arcade port. Not to mention its only costs $5.99. Yep, its a steal.

“This is the best official home port of Out Run to date!”