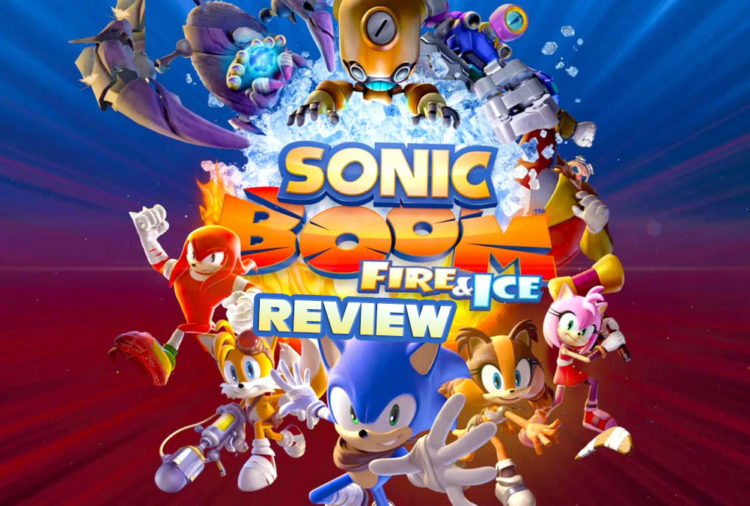 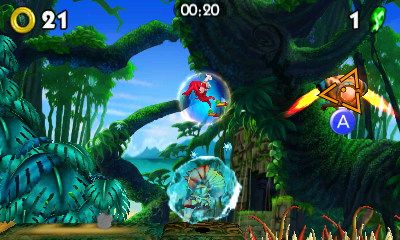 It’s impossible to talk about Sonic Boom: Fire & Ice without bringing up Sonic Boom: Shattered Crystal. Released in late 2014 and developed by Sanzaru Games, who also made the well received Sly Cooper: Thieves in Time, Sonic Boom: Shattered Crystal was clearly a product of a rushed development cycle. The game used large maze-like stages and gates that required items to progress as a way to extend the game. The game contained only one boss battle, and additional modes like a submarine mini-game and auto-running speed tunnels lacked variety.

The game kicks off with a fully animated cutscene, and right away you’ll notice that the writing is much more in-line with the TV series thanks to the fact that some writers of the TV series contributed to the game’s script. The story is simple: fire and ice fissures are opening up on various islands due to Eggman’s mining operations and it is up to Sonic and friends to seal them up. A new enemy, named D-Fekt, is the primary antagonist. However unlike Lyric, the enemy from the past games, D-Fekt is more of an extension of Eggman and the good doctor receives much screen time. All other cutscenes utilize in-game graphics with full voice acting, which is a big improvement over Shattered Crystal‘s silent text only story scenes. Much of the Sonic Boom brand’s charm is in the humor and voice acting, and without it the game would have had a severe lack of character. 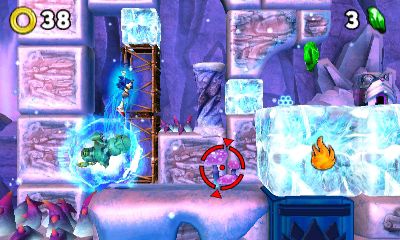 The biggest addition, gameplay-wise, are the titular fire and ice abilities. Mapped to the shoulder buttons, you are able to empower your character with either fire or ice, which in turn alters water obstacles throughout stages. Fire allows you to pass through icey blocks while ice solidifies water platforms allowing you to run across them. The game uses this gimmick often, but it never becomes stale and is used in some rather clever ways. For example, to get through one obstruction in the floor you’d have to first run across it as ice and then turn to fire to hit a spring in the ceiling which would send you down through the once frozen floor. The game still retains the character switching gimmick from the previous game, however it does not rely as heavily on it as it does fire and ice. The aforementioned character abilities are much improved over the previous game, with more fluidity and power. It’s also nice to see the time limits removed from abilities like Knuckles’ underground digging.

Stages are far shorter than the sprawling 10+ minute treasure hunts that were in Shattered Crystal, this time taking anywhere from 2.5 to 6 minutes to complete depending on how much exploration you do. While the level design is largely linear, there are diversions that lead to in-game items and circle back to the main path as well as alternate routes to the goal. Within action stages you will occasionally come across challenge rooms containing trading card pieces, which unlocks multiplayer race tracks. The rooms test your fire and ice skills, as well as your timing, and are pretty fun. It’s just a shame that once you complete them you cannot return to them on replays as the gates will lock. Also, the diversions for items become unnecessary on replays as there is nothing to be obtained the second time through. It would have been wise to replace items with invincibility shields to at least give some form of reward on repeated playthroughs. A major positive to the stage design is that you feel much more involved in the speedier sections and skilled players can navigate their way through stages while running with few moments of slowing down. Fans of Sonic Unleashed‘s gameplay should enjoy the flow the game often has while juggling the many moves and abilities. 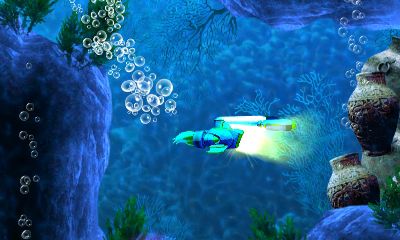 Outside of the action stages, the game also features submarine stages, auto-running stages, a forward moving boat shooter, and races against Eggman’s robots. Outside of the bot races, all are optional and are fun diversions. While I found myself ignoring later submarine and boat stages, I really enjoyed the auto-running stages that played out like Shattered Crystal‘s worm tunnels (think a far faster Sonic Dash) and the bot races, which reminded me of the classic Sonic 2 two-player mode. If you and a friend both own the game, you can compete against each other in these bot racing stages. The mode works well locally, and while not very in-depth, it is a fun feature and it’s nice to see multiplayer kept alive in the Sonic Boom games.

The game also features four boss battles, which may not seem like much but it is still a step up from the previous game’s single boss battle. Each battle features Sonic and one other character, with all four friends playing their part in at least one boss fight. The battles make use of the 3DS’s dual screens and are all rather creative in the way they use the character specific abilities and fire and ice. It’s just a shame they did not include one or two more bosses, and it would have been fun to have the final boss include all five characters. 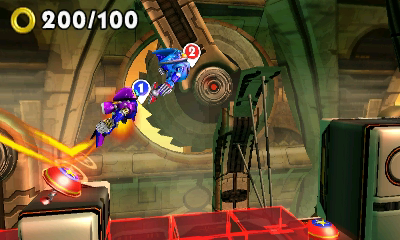 In fact, that is probably the biggest problem I had with Sonic Boom: Fire & Ice as a whole. I wanted just a bit more. More action stages, more bosses, more opportunities to play around with character’s abilities. While I do count this as a negative, one could also see it as a positive in that I liked the game enough to want to have more. The final island is a volcano mine, which sounds like it would make for some great action stages. Unfortunately, the final island is home to only the non-action stages and a boss battle. The in-game map itself for the final island felt a bit barren, almost as if they could have given us two to four action stages but didn’t have the time or budget to.

The game’s music is by longtime Sonic vet Richard Jacques, however I have to admit that early on I was unimpressed with the score to the point of bemoaning the lack of Richard Jacques in a recent SEGA News Bits. I later learned Richard Jacques did indeed score the game, but the lack of memorable tunes made be believe Jacques was not involved. I will say, that since the first impressions video, the score has grown on me. Later stages taking place in outside a gothic castle and on a pirate island have some really fun music, and I do appreciate the variety of tunes on display, even if I didn’t find many particularly memorable. Each action stage has its own music, and with four action stages per island this is a nice amount of variety. 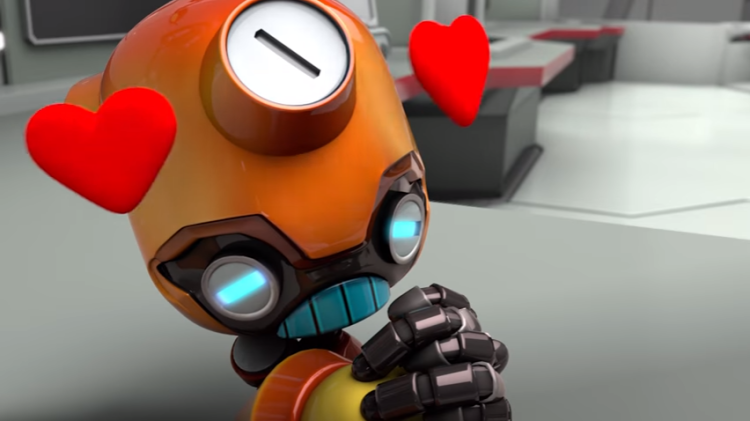 Overall, I enjoyed Sonic Boom: Fire & Ice. The extra year of development time shows in the quality of what’s there, even if I did wish for two to four more action stages and one to two more bosses. Many of my issues with the previous game’s controls were fixed, and stages just play a lot more like what one expects from a modern 2D Sonic game. If this is it for the Sonic Boom games, I can happily say things went out on a high note. If there are indeed more Sonic Boom games to come, I can only hope SEGA gives Sanzaru the chance to give us a third game. 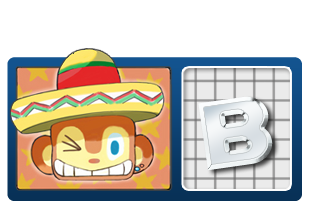 “Sonic Boom: Fire & Ice is a big improvement over Shattered Crystal and a fun Sonic game in its own right.”
Ad: