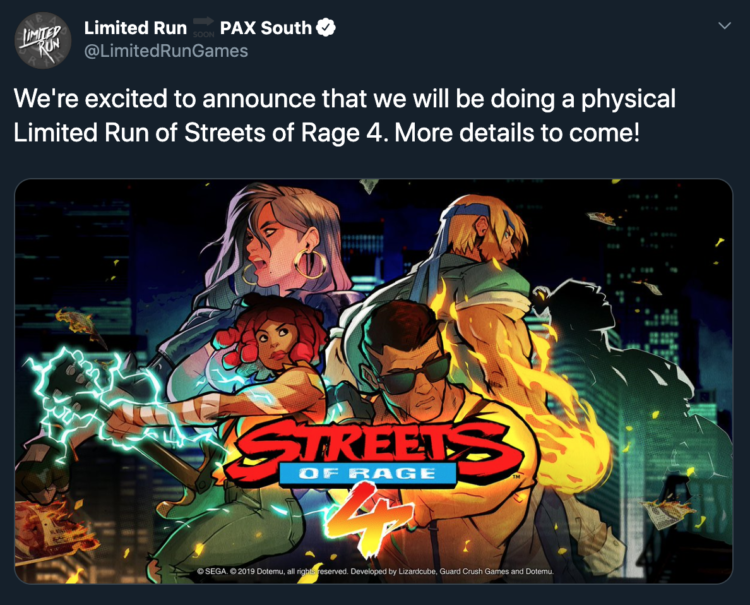 Limited Run Games have tweeted out that they will be handling a Limited Run release of the upcoming Streets of Rage 4. No further details have been revealed, but the news does have us already speculating what this could mean for physical retail releases of the game.

It’s worth noting that while Limited Run Games began as a company releasing physical releases that you could find nowhere else but on their shop in limited supply, they have since branched out to releasing their own special editions of games that also receive wider retail releases – Shenmue 3, Yooka-Laylee and Wonder Boy: The Dragon’s Trap come to mind. The latter being a game from the Streets of Rage 4 developer.

More news as we hear it!