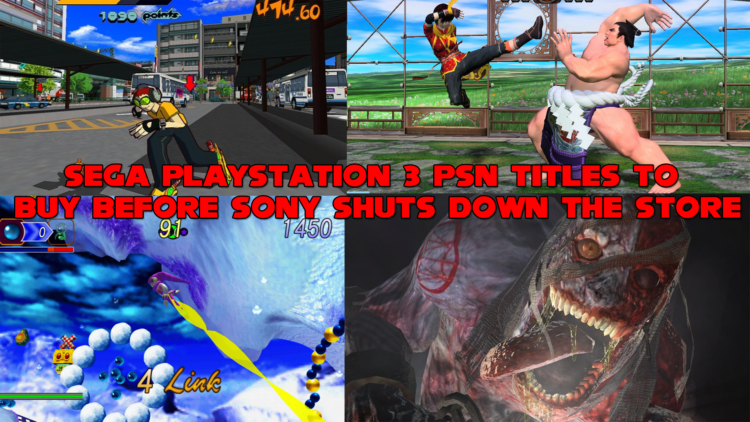 Come August 27th, 2021, the PlayStation Network Store for the PlayStation 3, PlayStation Portable and PlayStation Vita will be closed forever. That means all those great, PSN exclusives titles (and other easier to get digital titles) will be gone for good. At least, the ability to buy them legally. I thought it would be cool to look at some of SEGA’s PSN titles that are worth buying, some being exclusive, others not so much.

Sadly some of SEGA’s digital backlog has already disappeared, namely OutRun 2006: Coast to Coast (PSP) and After Burner Climax (PS3) due to licensing issues. But SEGA still has a few cult classics that are must buys, lets look at those titles: 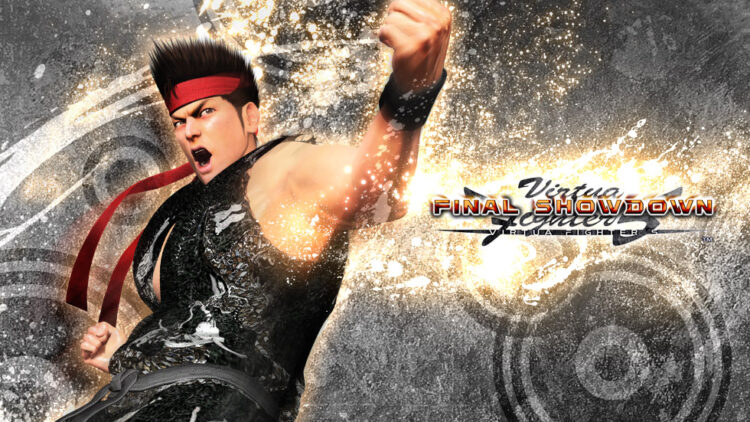 Hard not to start the list with Virtua Fighter 5: Final Showdown, especially since its the last big release of a original IP by SEGA-AM2 studios (Hatsune Miku isn’t a SEGA owned IP). While we got a physical version of Virtua Fighter 5 back in 2007 on PlayStation 3 and Xbox 360, Virtua Fighter: Final Showdown combined all the previous arcade updates. The issue? SEGA opted for a budget, digital only release. Today that wouldn’t be a huge deal but this was way back in 2012!

One thing that turned off potential buyers at the time was SEGA separating its customization content into packs that they sold as DLC from the base game. But at the same time, this made the base game of Virtua Fighter 5: Final Showdown only cost $14.99 which included all the characters (including returning VF3 sumo fighter Taka-Arashi and newcomer Jean Kujo). 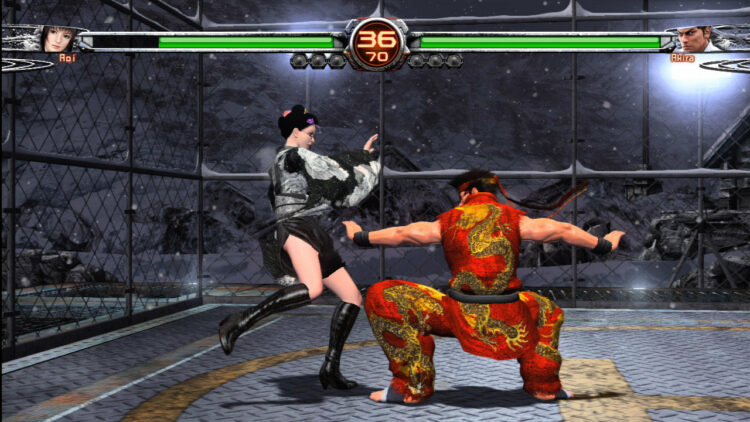 BUT let’s say you googled this article after the store closed, there are still a few ways to play Virtua Fighter 5: Final Showdown including a stripped down version in Yakuza games (Yakuza 6, Judgment and Yakuza: Like a Dragon). But we might be getting a new, current release if the Virtua Fighter 5: Final Showdown Korean rating is anything to go by.

I will say that your PlayStation 3 fighting game collection can’t be complete without Virtua Fighter 5: Final Showdown.

The House of the Dead III 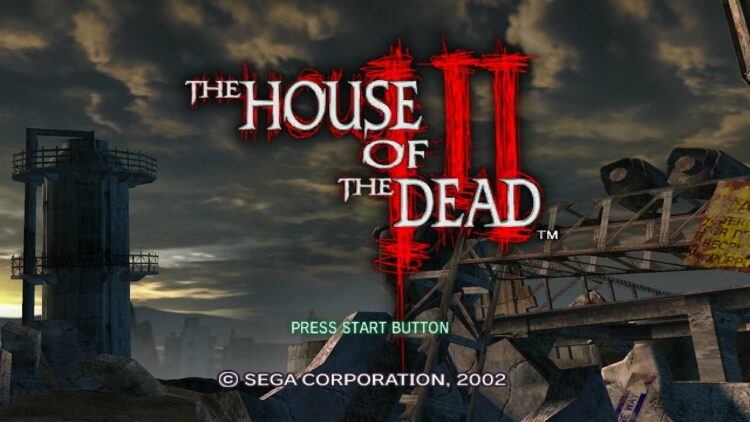 Pump those shot-guns, we are going zombie hunting 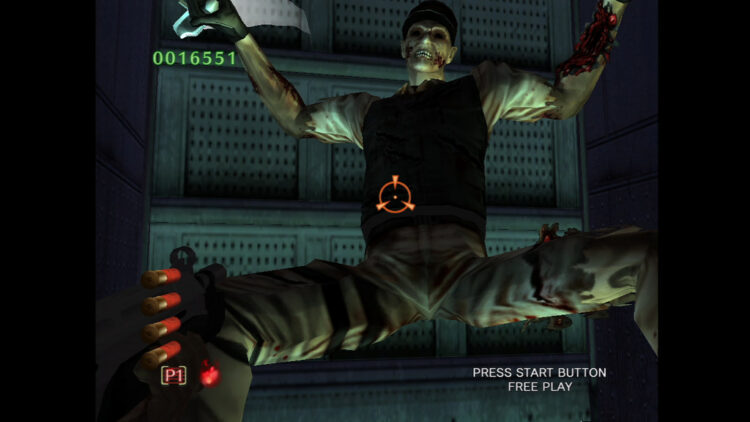 The crazy part is that The House of the Dead III released on PSN a whole ten years after the original came out on arcade! The game also takes advantage of Sony’s move controllers to aim, if you got those lying around and even added a really cool “Time Attack” mode that is worth diving into.

The House of the Dead 4 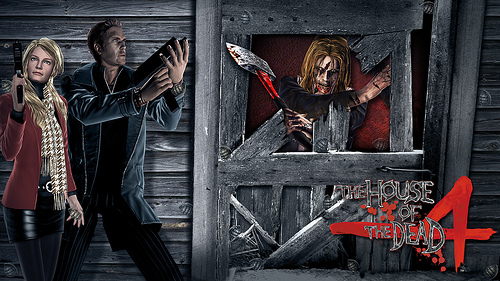 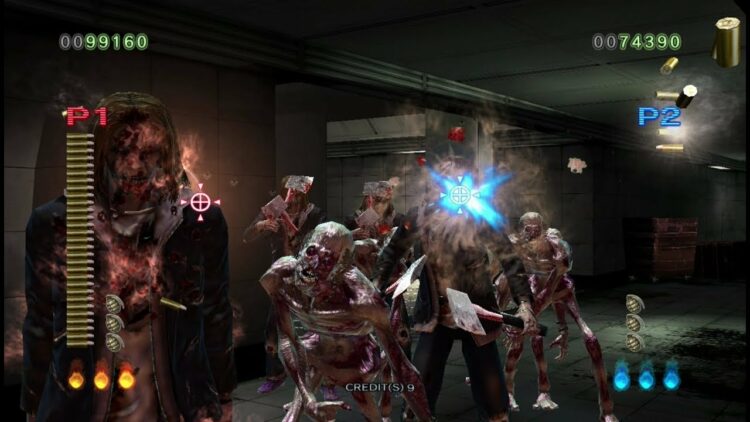 Just like The House of the Dead III, this title also supports the PlayStation Move controllers and even added two extra stages that appeared in The House of the Dead 4 Special. I will say that SEGA could  have marketed the PSN version as the Definitive Release and they wouldn’t be lying. If you are a light gun  shooting fan, pick these two House of the Dead titles! Especially this one, since its no on the Nintendo Wii! 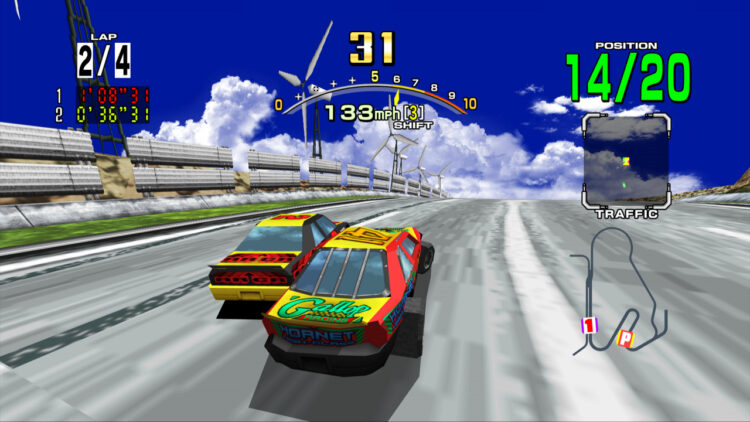 Daytona USA is one of those racing games that brings nostalgic memories, with its high octane speed and amazing soundtrack by Takenobu Mitsuyoshi; there isn’t any racing games quite like it.

Not only does the PlayStation 3 version look ultra sharp in HD and runs at 60fps, this version also includes a freaking Karaoke Mode:

So now ask yourself, why didn’t you buy Daytona USA back in 2011? How about fixing those mistakes and buying it RIGHT NOW! – (Thanks RushDawg for the suggestion) 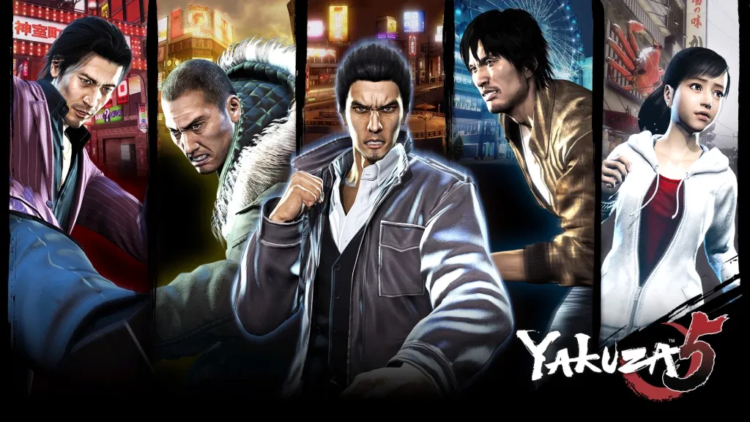 I thought for a long time if I should have included Yakuza 5 on this list. The game is technically available on PC, Xbox One and PS4 through the Yakuza Remastered Collection. Personally, if you need to play this game, I’d suggest those versions. 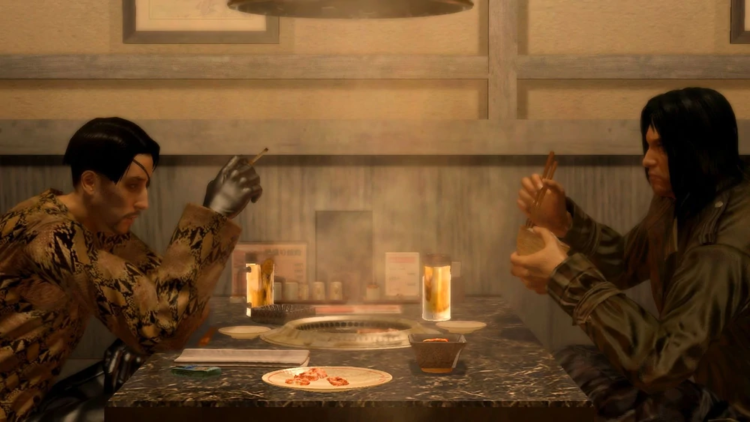 But, Yakuza 5 does have a special place in my heart because of how the fan community gathered and convinced SEGA release localize this title, even if it was 3 years after the Japanese release. This lead to SEGA also localizing Yakuza 0 and which lead to the franchise growing a fanbase in the West! While we are getting so many Yakuza games now, sometimes multiple releases a year, Yakuza 5 took forever (as said before 3 years!) and was only released digitally on PlayStation 3.

I’d say its worth owning just to have it on your list of games and if your brave enough, to have two Platinum Yakuza 5 trophies (next to the PS4 remastered one!). 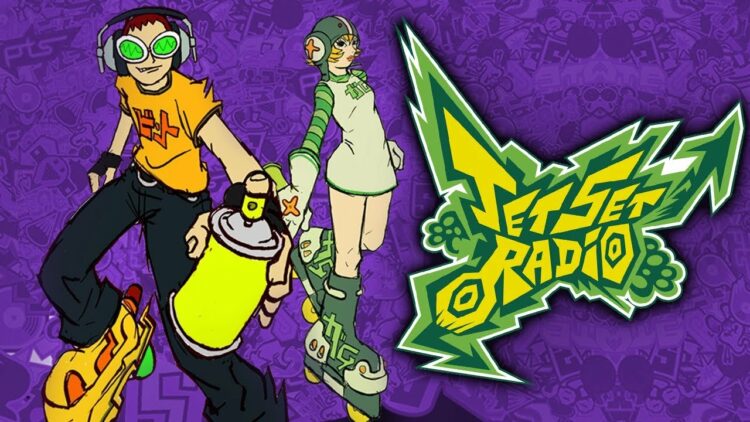 Jet Set Radio was one of the stand out titles for SEGA’s Dreamcast and fans have clamored since the console died to bring the franchise to ‘new consoles’ and in 2012 SEGA did just that. Not only did they make the title HD, but they also added a second analogue stick support that the Dreamcast version lacked.

One of the most important aspects of Jet Set Radio is its music, before Jet Set Radio HD release, SEGA had a poor track record of getting music licenses, especially with the re-release of Crazy Taxi , which featured a totally different soundtrack. Thankfully the folks at SEGA learned from their mistakes and kept the soundtrack almost intact, by combining most of the soundtracks (each region was slightly different) into one whole soundtrack, with the only missing tracks being “Yappie Feet” and “Many Styles” . Only two tracks? Not bad.

While the PSN version will be gone, there are still ways to play the game including PC, XBLA, Android and even iOS. Now, can we get a Jet Set Radio Future HD port? Thanks! 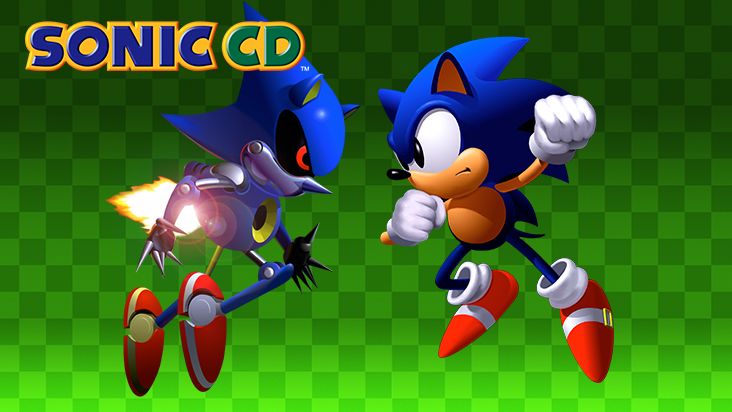 Back in 2011, SEGA would start a great relationship with Christian Whitehead and his custom built Retro Engine that would go on to power other mobile Sonic 1 & 2 ports and lead to the creation Sonic Mania. But before that was his excellent Sonic CD port for not only mobile consoles but PSN and XBLA as well. 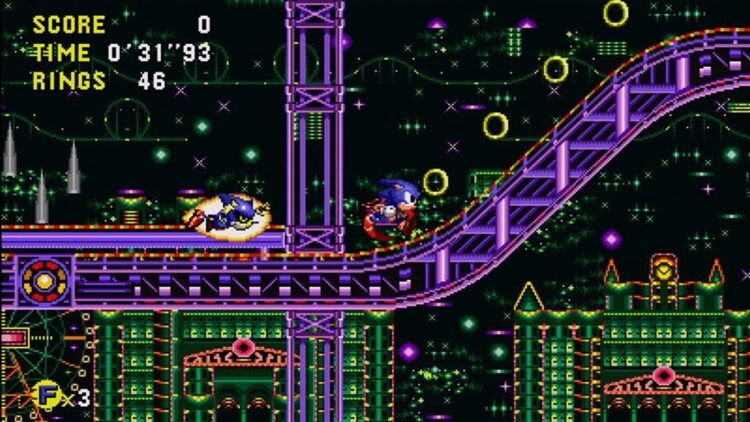 Its too bad that the other Whitehead ports didn’t get console releases, but at least we can enjoy Sonic CD… as long as the PSN store is up. (Thanks RushDawg for the suggestion) 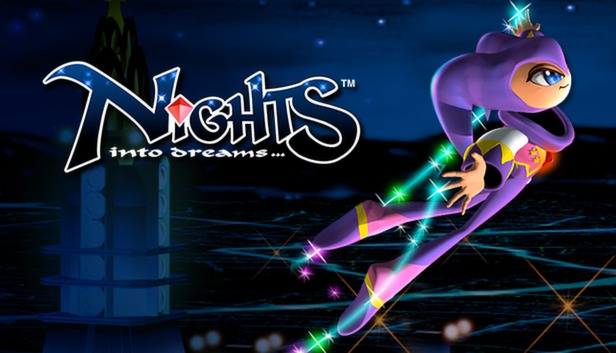 NiGHTS into Dreams… was one of the first 3D SEGA Saturn games that I ever played growing up and it blew my mind. Of course, graphics have changed and improved immensely since the debut of Sonic Team’s Purple Jester, which came out all the way back in 1996! The HD release on PSN was actually based on the 2008 PlayStation 2 Japanese only remake, while the PSN is considered a ‘Remaster’ of that remake… is this making sense? 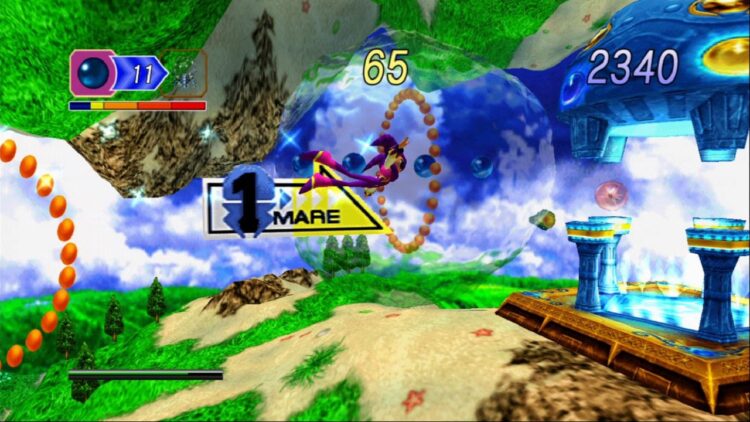 The PSN (XBLA and PC) versions are pretty great since they include the new graphics, the old SEGA Saturn graphics, Online Leaderboards, and even the fabled Christmas NiGHTS! Sadly the PSN version does exclude the two player mode and Sonic the Hedgehog level. No idea why. Maybe a re-re-re-release is in order? 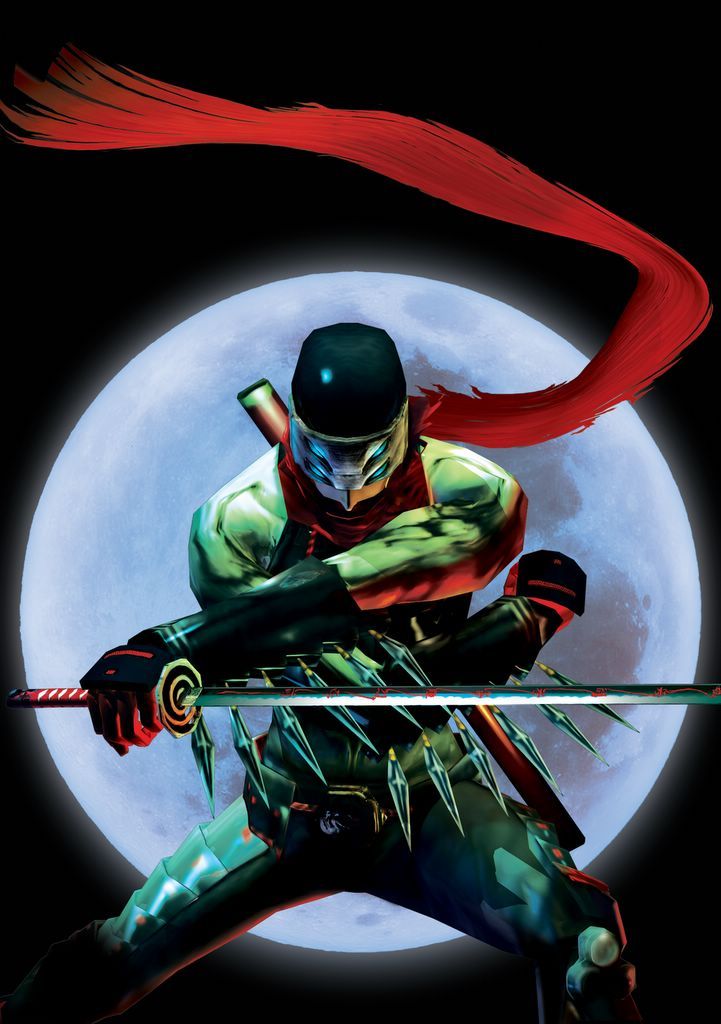 Which Shinobi are we talking about? This time we are talking about Shinobi on PlayStation 2, which is playable on PlayStation 3 and can be purchased for about $10 digitally. Personally I’m a bit iffy on this version of Shinobi and pretty much prefer the classic games instead, but I can’t say I didn’t enjoy the game’s style and ideas. I just feel like they weren’t executed perfectly and seeing that the game was originally meant to be a SEGA Dreamcast title, it makes sense why it wasn’t up to snuff compared to past Shinobi games. 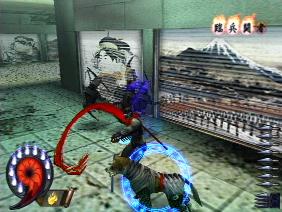 The game literally has a Samurai Dog with a sword in its mouth! 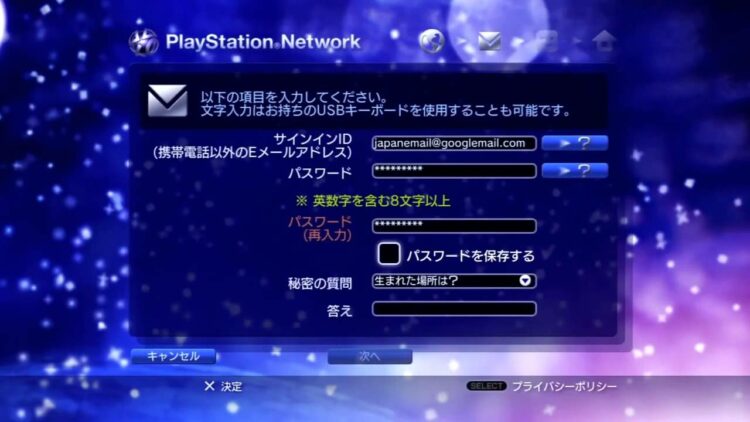 Most of the titles we talked about here are available via the English PlayStation Network Store, since that is how most of us buy games. But if you are daring and want to dive into some Japanese PSN goodies, you should totally check out some of the PS2 Japanese only releases especially the long running ‘SEGA Ages 2500’ titles: 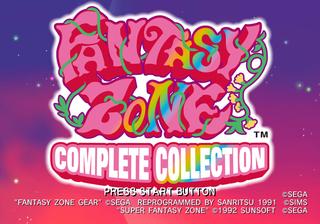 All the way back in 2008, SEGA released a short CGI film to help promote Sonic Unleashed, titled Night of the Werehog. Which in my opinion is one of the best promotional tie-ins SEGA has ever done. I’m I the only one that wish they continued these shorts for modern games? (I know we got Sonic Mania Adventures)

So why is it on a list of PSN games? Its a video, right? Well, Badnik Mechanic asked us to include it on the list because the Japanese PSN downloadable video is the best video quality available. Also, its free. Once you have it you should be able to watch it, at full quality, to your hearts content. Who knows, you might never be able to watch the YouTube upload ever again. Maybe. 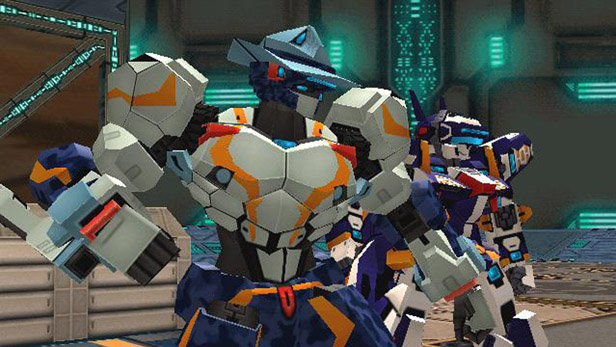 SEGA also released the PlayStation 2 version of Cyber Troopers: Virtual-On Marz exclusively to Japanese PSN, which frankly isn’t my favorite game in the series but if you want to play it on HD TVs, this could be a easy and cheap way of doing that.

But of course there are probably games I failed to mention, what SEGA PSN games do you recommend people pick up? Let us know in the comments below!