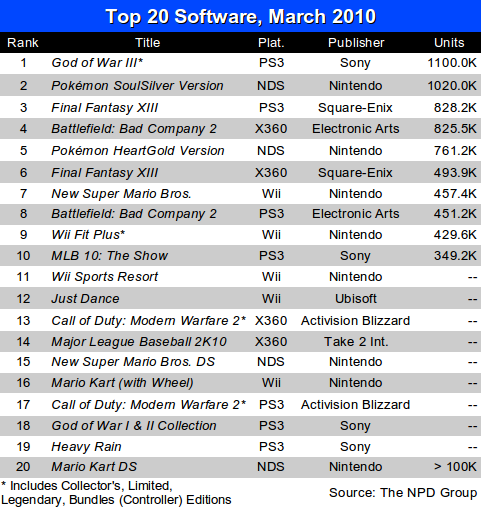 I’m not shocked that Yakuza 3 didn’t make it into the Top 20 for the month of March. I’m a bit shocked that neither version of Resonance of Fate made it though.

I know, SEGA didn’t really advertise either and they released them in a ‘big month’ , but didn’t even do 100,000 units?  Spin it how you will, but SEGA made a pretty big deal about Resonance of Fate when it was announced.

So what does SEGA think about Yakuza 3 sales?

6 responses to “NPD: Both Resonance of Fate & Yakuza 3 fail to chart”