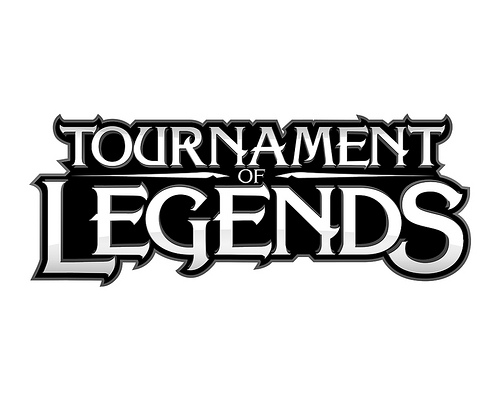 I got to get some solid hands on time with Tournament of Legends today, and to my surprise, I like what I saw. Tournament of Legends hasn’t exactly had the best advertising campaign behind it. The trailers we’ve seen have, at least in my opinion, made the game look like some mediocre budget title. But in ToL’s case, initial impressions can be deceiving.

Tournament of Legends is not a technical fighter. It’s not even trying to be. Don’t expect the sort of depth you’ll find in Virtua Fighter’s fighting system here. There aren’t any complicated move sets, nor is there any sort counter system. Instead, ToL is a simple pick up and play title. There are three basic moves mapped to the Wii remote’s motion controls: the vertical slash and right horizontal slash, which are mapped to the Wii remote, and the left horizontal slash, which is mapped to the nunchuck. The motions controls in this game are perhaps the most accurate I have ever experienced in a Wii action game that doesn’t use the Motion Plus. Throughout my half hour with the game, the motion controls didn’t miss a beat: when I wanted to slash horizontally, the game slashed that way. 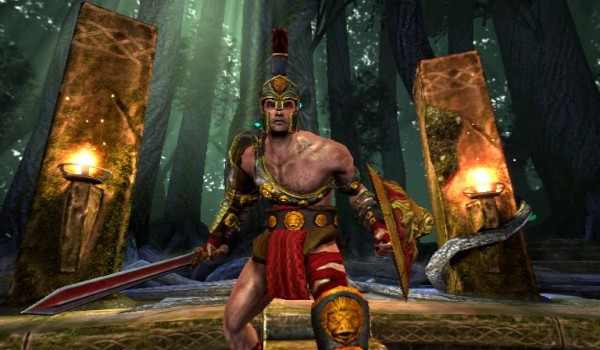 Of course, there is far more to the moveset then these three simple attacks. For one, each of these attacks have a stronger counterpart, which can be activated by pressing the B button. Also, each character has three exclusive special attacks, which are activated with the A button, and then mapped to four directions on the analog thumbpad. Some of these special attacks can be linked together rather effectively, making for some devastating combos. One combo I was told to try out involved the Gladiator character, who could catch a character in a bear trap, and then use a piece of meat to sick a lion on him. In addition to the three character specific special attacks, there is one weapon specific special attack, which is unblockable, but leaves you open for a blow from your opponent. There is also a magical attack, activated with the Wii’s minus button, which can be picked from the character select menu. I picked fire for my character, which released fire around the perimeter of your character, burning anything in range. Another magical attack slows down your opponent, making him clumsy. It is, however, possible for your opponent to break these enchantments if you give him a chance to press minus button. 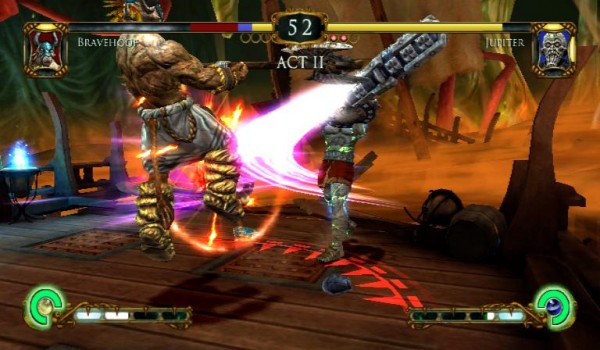 This fighting system in this game works pretty well. The game allows you to mix and match weapons, spells, and characters before each match, meaning that each character can be tweaked somewhat to suit your taste. To draw out the fight somewhat, there are breaks between matches that allow you heal your character by spinning the analog thumbstick, and repair the character’s armor by hammering the Wii remote up and down. 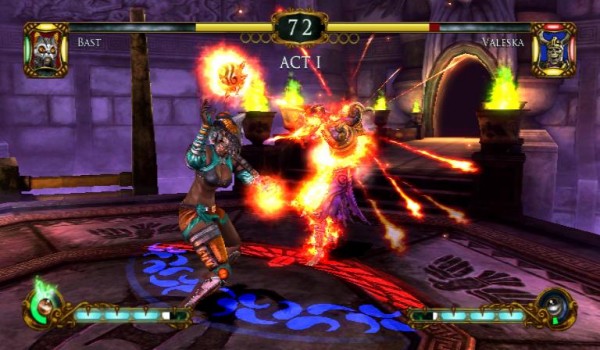 Graphically, this game looks pretty good for Wii. The characters are pretty detailed and covered in a nice sheen, and the frame rate runs at a smooth 30FPS. I didn’t notice any chugging, even when the action became intense. About the only thing really holding this game back visually, are the jaggies. Wii fans are no strangies to jaggies, but they seem a bit more pronounced in this game than in others. Unfortunately, these take away from the game’s visuals somewhat.  But overall, the tech behind this game is pretty impressive. The character designs leave something to be desired, but the environments look pretty cool, ranging from an underwater building in Atlantis (High Voltage seems to have something of an obsession with this city lately…) to a pirate ship in a huge underground cave. 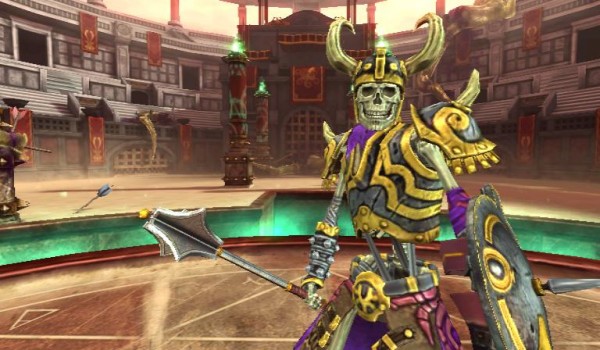 Overall, this game is pretty damn fun. It’s not going to change the face of fighting games or anything like that; but it fills the fighting game niche that the Wii library has long been starving for. The controls work great, and the game has a great sense of balance between the various characters, weapons, and different kinds of moves; though the fighting system is a little shallow, it’s a great pick up and play game, and the various special and magical attacks, along with the hazards in game, do a lot to shake up matches and keep things interesting.  There don’t appear to be any over powered characters or automatic win power ups here, at least from what I got to play. I now intend to pick up the full game when it comes out later this month. Hopefully, the rest of the game measures up to this experience. If so, we’re in for a good fighting game.