We will start it up with ShadiWulf’s first appearance on the Round Table. 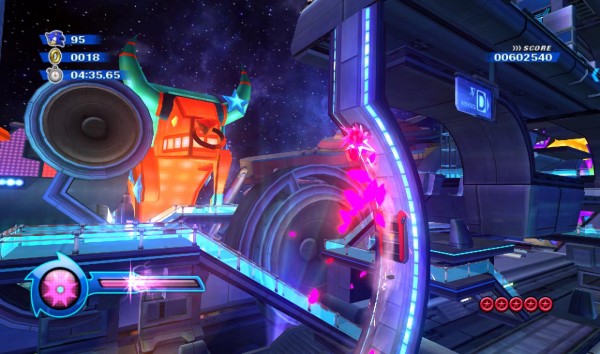 I love the surreal and colorful zones that Sonic Colors has to offer. Most of the zones are full of creative and interesting platforming. Although none of the platforming is all that challenging, besides the tiny platforms over bottomless pits. I also love the upbeat and energy pulsing music. Sonic Colors has the best music of any 3D Sonic game in my opinion.

At first I thought I would hate searching for red rings because it seemed like something you would do in a Mario game, but it adds a lot of replay value to the stages. Almost every act in the game has a few paths you can take or explore by utilizing the wisp power-ups. The only wisp I hate is LAZOR! Frenzy is pretty amusing to laugh at… CHOMP RARGH CHOMP RARGH!

When I first heard the new voice of Tails I wasn’t happy at all. I was a little shocked by Sonic’s voice at first, but it didn’t bother me all that much. Sonic’s voice was just much deeper then I was expecting it to be. Now that I am used to the voices, I would say that the new voices are a nice improvement compared to the old voices.

My least favorite Zones were Asteroid Coaster for all of the bottomless pits and Terminal Velocity for all of the automation and side-stepping. My favorite zones were Planet Wisp for the GOOD, GREAT, AWESOME, OUTSANDING, and AMAZING atmosphere and Aquatic Park for the unique level design it offered. Starlight Carnival Zone was a mixed bag for me. I really loved the music and colorful atmosphere of Starlight Carnival Zone. The problem for me was all the automation and side stepping, which was mainly in Act 1.

Overall, I think Sonic Colors is a great game. It’s too bad that aspects of the Wii had to hold the game back. If all future 3D Sonic games follow this structure of designing levels for re-playability, then I think that Sonic will start to get popular with the mainstream again. Making the levels have re-playability is a much better solution than adding gimmicks like werehog to artificially extend playtime.

I am very excited to see how Sonic’s 20th anniversary game is going to turn out. 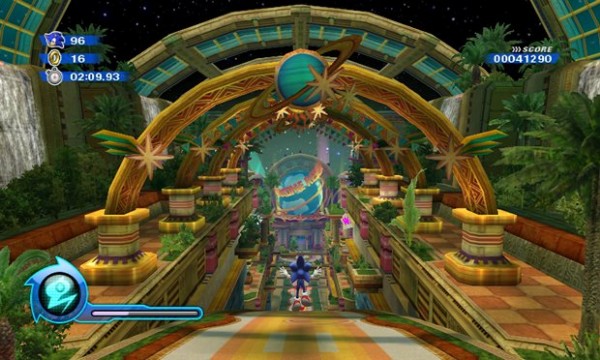 Sometimes I’m not sure what to think about a game at first, and then there’s a moment where everything all clicks, and I find myself in the middle of a game I’m really enjoying.

When I got to the 1st Planet Wisp act in Sonic Colors, that’s when the game just sort of “clicked” for me. That was when I suddenly “got” what SonicTeam was trying to do here. This is a Sonic game that wants to bring back the “magic” of playing a Sonic game, and the sense of energy and creativity here is what I think makes Sonic Colors such a fun experience. This year ended up being a great year for Sonic as far as quality went. Say what you want about Sonic 4 Episode 1 (which I really didn’t like…Sonic Colors is the better game by miles) but there’s no doubt that these are both high-quality games. The age of broken products like Sonic the Hedgehog ’06 seems to be far behind us, which can only mean good things for the series going forward. I think the one true stumbling block here is that SonicTeam still doesn’t seem to realize the importance of controls and physics that feel natural, that you don’t have to fight.

I like what Takashi Iizuka is doing with this series: I think he’s right with the idea that Sonic, going forward, needs to be a mix of the old and the new. A mix of the 2D and the 3D. I think the mix could be a little more proportionate next time around, but like the daytime levels in Sonic Unleashed, Sonic Colors is a big step in the right direction for this series. Give us a Sonic that feels as natural to control as he was in the Genesis and Dreamcast games, and fine-tune some of the level design, and I think this series can once again be looked at by the industry alongside the best of its genre. 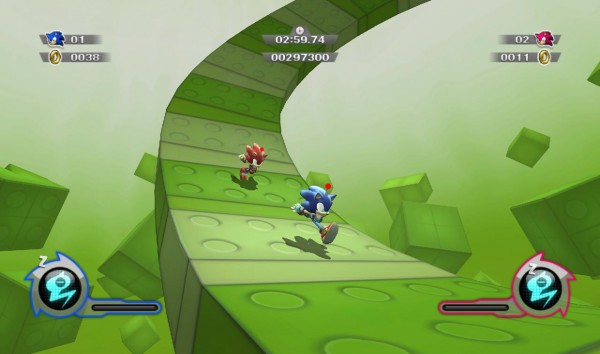 For me Sonic Colours has been one of the most enjoyable Sonic games ever. Which is saying something, considering my love of the original series is laced with nostalgia!

In recent years I have avoided Sonic games almost completely.  Like an old friendship that has grown apart, but neither friend wants to admit how they feel. I have clung onto those old, happy memories in hopes that one day that friendship returns to the glory days, the way I remember it… And dump that bitch of a girlfriend! Err, But I digress.

Sonic Colours is the return of that old friendship

Colours has really surprised me, I was expecting a mildly entertaining Sonic game after seeing some positive impressions. Playable, but nothing to write home about. I couldn’t have been more wrong. After playing for almost 7 hours, I went to bed that night thinking about Sonic Colours and couldn’t wait to get out of bed and boot it up for a quick session following morning. For a moment I felt like I was 8 years old again, trying to get past Oil Ocean Zone. Only this time I was trying to get all of those Red Rings and illusive S ranks.

Going back to explore previously hidden paths in old levels was a blast, by the way The game play is fantastic, the Wisps add a whole new dimension to the Sonic experience and this time it’s a good one. So much so that I hope they find a good way to replicate the Wisp powers in future Sonic games. As many have suggested already, new shields to pick up, like Sonic 3 would be a good way to bring those new gameplay elements into future Sonic games.

A special shout out to the graphics and the music too, both stunning. I’ve been humming some of those tunes for a while now. Pretty much every tune in the game is good. (Apart from that horrible corny lyrical track, those really need to go.)

For the first time in many years I didn’t hate any of the cast as soon as they opened their mouths either… The script was well delivered and mostly well written, if not a little too childish sometimes. The running joke with the bad translations needed to stop before it even started.

Finally, some suggestions to improve Sonic Colours or add too Colours 2.

Conclusion:Sonic Colours is the return to form. Albeit a slightly different form from the ones I played as a child, but one that is every bit as enjoyable. 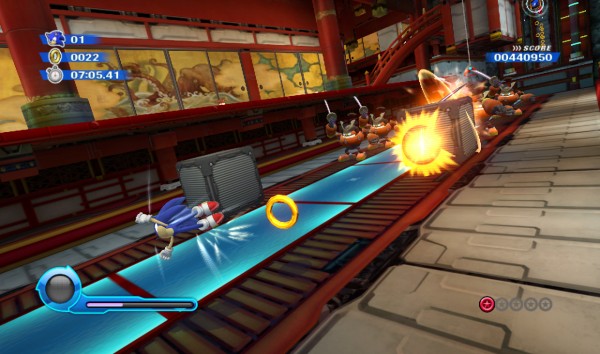 It is hard for me to imagine a good Sonic games after all these years. I did partly enjoy Sonic Unleashed, but felt there was something missing and it was hampered by inconstant gameplay. This game recovers the series from its stereotype. You know, that every Sonic game sucks?

Even though the game does many things right with its 2D sections, which is most of the game, I found, the 3D sections are lacking. Like many people pointed out, they aren’t as creative as the 2D sections in the game. This pretty much confirms most of what I assumed about Sonic games, series works better in a 2D environment.

SEGA has finally taken out the 4kids voice cast and replaced them with new actors. I know most of the staff was excited but I just can’t get into the new Sonic. Something about his voice doesn’t sit right with me. Maybe its ‘too different’? I really don’t mind the new Tails voice. The game also had a new ‘cheesy’ take on Sonic, not taking itself too seriously. Issue is that the script was too cheesy. This is from someone that enjoys his fair share of cheese. Everyone had shitty lines outside of Eggman, who had borderline brilliant lines that put a big stupid smile on my face.

Wisps in the game are used as power ups, which I like better than having ‘Sonic Friends’ coming in and changing up the gameplay. Why? Because we will have to put them in the story and Sonic Team really can’t write characters in to save their lives. Have you played Sonic Rush? Knuckles literally comes on screen just to be pissed off and punch a mountain. That is it.

I hope this is just the start for Sonic Team and they continue to deliver some awesome Sonic games. Next year should be intense, with Sonic 3DS, Sonic 4: Episode 2 and Sonic’s 20th anniversary game. SEGA, make the next HD Sonic game lock framerate at 60fps.

Round Table: Celebrating Our First Anniversary

2 responses to “Round Table: We fight about Sonic Colors”