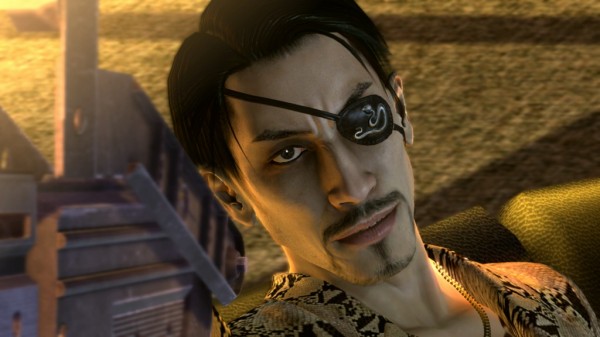 SEGA is changing up the Yakuza formula, not just adding more gun play and zombies, but a ‘partner system’. The partner system is called “Aibo wo Tsukurou!” or in English “Let’s make a partner!”

Some of the partner characters will be returning faces like Kazuto Arase and Makoto Date. To level up your partner characters a user has to go to “Gary’s Boot Camp”, which is run by Gary Buster Holmes, who you might remember from the first two PS2 games.

In there you will be able to do training exercise like field combat, where you run around taking out zombies and shooting range, where you guessed it, you shoot up the place and undead which are on fixed positions.

Kamurocho Underground dungeon is basically in the sewers , where you will find powerful enemies, you have to fight your way to the bottom floor to get experience and items.

Other details is that not all of Kamurocho starts off infested, but will progress further as you go through the game. Sounds good.

Daisuke Sato: “If SEGA localizes, there would be new controls”
Japan Partner System PS3 Yakuza of the End

One response to “Yakuza of the End’s partner system detailed”