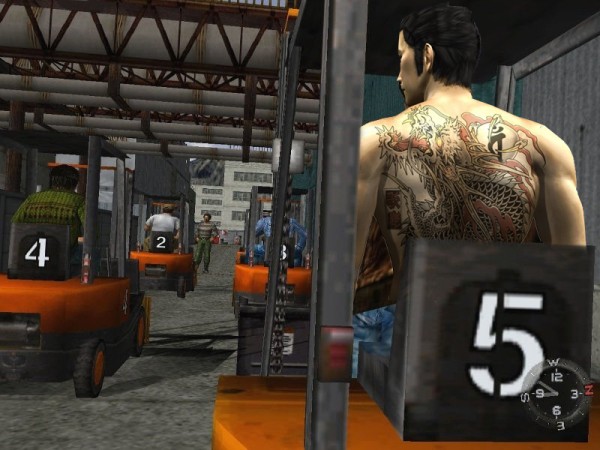 Seems that the Yakuza development team is showing some Shenmue love by giving players the ability to drive a forklift in the zombie filled city in their upcoming Playstation 3 exclusive.

The forklift was listed in the latest Famitsu magazine, which listed a bunch of other vehicles a player could use. This included tanks, armored cars and bulldozers. So maybe a forklift is the least badass of the vehicles announced.

It has also been confirmed that crazy Goro Majima will be able to use a flame thrower, chainsaw and rail gun. Each character will have their own unique weapons.

2 responses to “Yakuza of the End has forklifts, start Shenmue nostalgia”