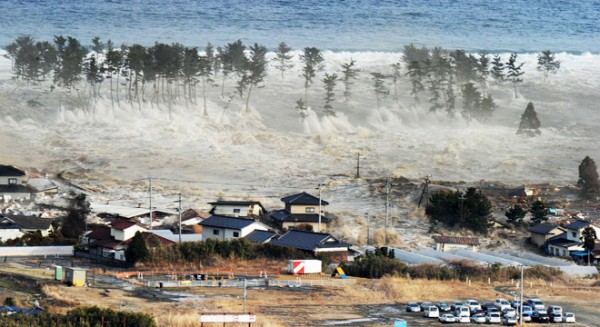 Things appear to be headed from bad to worse with Japan with the looming threat of a nuclear meltdown. Sonic Stadium has revealed that Sonic games on the iPhone are also part of the revenue donation for earth quake relief.

S.I. & SEGA will donate all of their revenue from the Football Manager app from last Friday for 7 days to a disaster relief fund for Japan

Suzuki San is native to the affected areas and currently is unable to contact his mother Suzuki Taka.

At times like this in addition to the listed donation channels a prayer is desperately needed.

I’m sure everyone has heard about the terrible devastation that Japan has suffered after the 8.9 Earthquake hit mid day yesterday (Japanese time) and the devastating Tsunami that followed. Our thoughts are with the people of Japan.

I recently contacted Sega of America for any information they may have on the safety of Sega Japan employees, any damage to the Sega buildings etc. Thankfully it seems that so far everyone at Sega Japan seems to be accounted for and there is no word of any damage to Sega buildings. No news is good news in cases like this. Our good friend Aaron Webber (Ruby Eclipse), who was traveling in Japan at the time, is safe and sound too.

It is also worth noting that Platinum Games has escaped unscathed.

After the jump find out how you can donate to the Japanese Earthquake/Tsunami aid effort!

SHELTER BOX: The first team is mobilizing to head to Japan and begin the response effort. Donate here.

GLOBALGIVING: Established a fund to disburse donations to organizations providing relief and emergency services to victims of the earthquake and tsunami. Donate here.

SALVATION ARMY: The Salvation Army has been in Japan since 1895 and is currently providing emergency assistance to those in need. Donate here.

AMERICARES: Emergency team is on full alert, mobilizing resources and dispatching an emergency response manager to the region. Donate here.

CONVOY OF HOPE: Disaster Response team established connection with in-country partners who have been impacted by the damage and are identifying the needs and areas where Convoy of Hope may be of the greatest assistance. Donate here.

INTERNATIONAL MEDICAL CORPS: Putting together relief teams, as well as supplies, and are in contact with partners in Japan and other affected countries to assess needs and coordinate our activities. Donate here.

AMERICAN RED CROSS: Emergency Operation Centers are opened in the affected areas and staffed by the chapters. This disaster is on a scale larger than the Japanese Red Cross can typically manage. Donations to the American Red Cross can be allocated for the International Disaster Relief Fund, which then deploys to the region to help. Donate here.

8 responses to “Updated 16/03: State of Sega Japan – After the Earthquake”