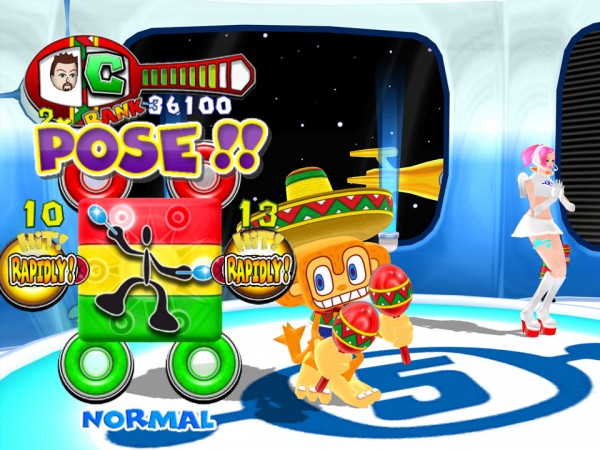 Every SEGA fan should know Amigo. He rocked two awesome games on the Dreamcast utilizing the maraca controller and sort of bombed on the Wii by way of the Wiimote and a plastic maraca attachment. So what made Samba de Amigo work on the Dreamcast and fail on the Wii? Well, for one thing the Dreamcast maracas rightfully based the controls on the distance the maracas were from the floor and the feedback of shaking the maracas. Meanwhile, the Wii based the height of the maraca on the tilt of the Wiimote and based feedback on a shake. While it’s understandable that the Wii would be unable to sense where the maraca was in space, and how far it was from the floor, the tilt recognition led to poor controls and in turn poor reviews.

That isn’t to say the Wii version didn’t do some things right. For starters, the game featured true downloadable content. Wii owners could add 9 new songs to the track list. Meanwhile, the Dreamcast version could only “add” songs by way of downloadable files that unlocked songs already on disc. The Wii version also had cameos from SEGA icons Sonic the Hedgehog and Ulala. A Kinect version of Samba de Amigo could easily rectify control problems AND implement an expanded downloadable song catalog. What more, the jump to HD could offer up some truly awesome visuals and while the development team is at it, why not introduce new modes and moves? 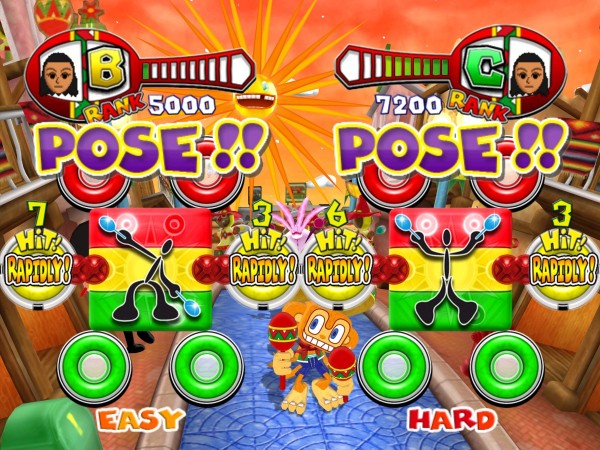 Based on the Kinect games I’ve already played, height recognition would be a non-issue. In fact, the Kinect sensor could easily beat the Dreamcast controller in accuracy of where exactly hands are and how high or low they are shaking. A major plus would be the complete removal of that whole “enter your height” option, as the Kinect would already know where you are and how many heads tall you are. The maraca shake motion is the one control area that has to be perfect to work, and I think the Kinect could do this. While there is no accelerometer involved, titles like Kinectimals, Your Shape: Fitness Evolved and Kinect Sports have detected very small hand motions. I’ve thrown a frisbee with a flick of my wrist, punched a block with a small shake of my fist and hit a ping pong ball with a small swing. Having done all those activities with a small motion, I could see the Kinect registering a maraca shake, whether you’re holding a maraca or not. 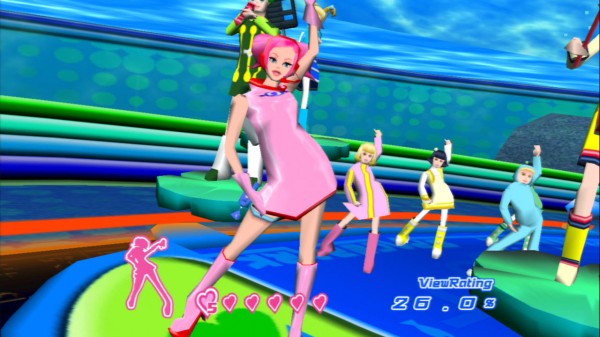 While Ulala has yet to make her full debut on current gen consoles, with Space Channel 5 Part 2 releasing this summer to XBLA and PSN, based on what I’ve played in The Dreamcast Collection I have a feeling that Ulala’s second adventure is going to be getting some rave reviews. So with a resurgence of interest in Ulala, coupled with the rave reviews for the Kinect title Dance Central, why not release a third chapter of Space Channel 5 to the Kinect and Move?

I, and I’m sure other fans, would prefer the title to be Kinect/Move compatible rather than a full on motion control game. There still is fun to be had with a standard controller. But why not have an optional control method that involves players replicating the up, down, left and right motions? The “hey” and “chu” actions could be done by actually shouting them out, or by pointing forward at the screen. Really, there isn’t much more to say about SC5 Part 3 on the Kinect. It’s completely possible, and it should happen. Is it wrong for me to want a cameo from Space Michael AND the artist formally known as Space Prince? 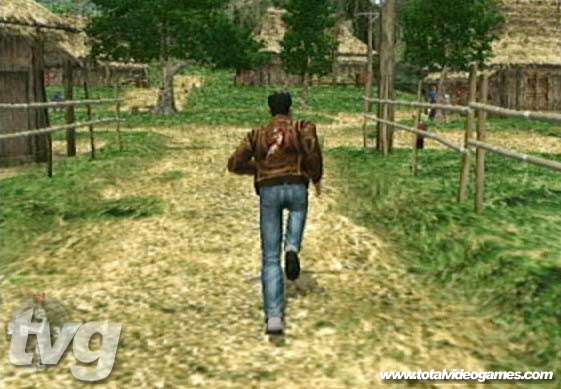 I’ve covered Shenmue 3 in a previous Weekly Five, so this one will be brief. Basically, what I’d love to see (aside from Shenmue 3 itself) would be optional Kinect controls for mini-games and environment exploration. Games like darts and the QTE punching game could be easily given optional Kinect controls. Also, rather than holding an item in Ryo’s hand and moving about the joystick, why not move about your actual hand and view the item? Imagine entering Tomato Mart and being able to walk about with the controller while leaning and moving your head to get a closer look at the cassette tapes for sale or getting a closer look at a flier pinned to the wall. Of course, like I repeated a few times already, the Kinect would not be required to play the game, but these subtle Kinect control methods would lend themselves to making the world of Shenmue 3 just a bit more real. 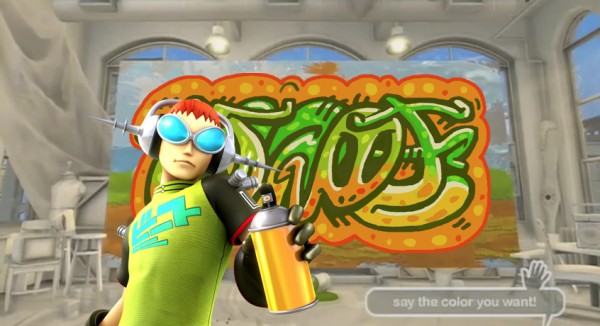 Another sequel that NEEDS to happen and could have optional Kinect controls. Remember how fun it was to make your own graffiti in the Jet Set Radio games, but you were constrained to using the analog stick to draw a wiggly diagonal line when you were going for a straight diagonal line? Well imagine standing in front of a large canvas with a full supply of spray paint cans, caps and colors. That would be damn awesome and would lend itself to a slew of amazing pieces of art. Why not utilize the camera and allow users to snap photos and distort them to create crazy multimedia graffiti pieces? Of course, somebody would ruin the whole thing and take a photo of their penis.

Also, with Jet Set Radio putting such an emphasis on players pulling off sweet moves, why not allow players to motion capture their own little intro and idle dance? I’m not sure how much data would be required to save a short 5 second move, but it would be too cool to play an online game of Jet Set Radio 3 and see all the unique moves and sweet custom graffiti. Make this happen, SEGA! 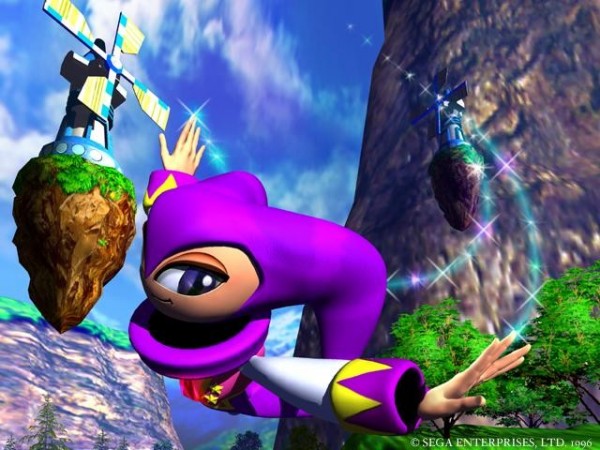 Let’s forget Journey into Dreams ever happened and have a “do over”. What made the first NiGHTS so great? The arcade-like simplicity of the gameplay, the music, the environments and the original concept. What would have made a sequel great? The upgrade to HD visuals, the return of that arcade-like simplicity and an evolution in controls. The proposed “Air NiGHTS” sequel was said to use a Saturn tilt sensor, and it wasn’t until the Wii that a tilt sensor was implemented. The results were less than ideal, leading many players to prefer the standard control scheme. Journey into Dreams wasn’t a complete failure, the music and visuals were true to NiGHTS into Dreams. However, the controls? Not so much.

While I do think a sequel could happen on the Wii, with Motion Plus implemented and a far greater effort on the development team’s part the nail down the controls, I think the Wii had it’s chance. A sequel trimming the fat of Journey into Dreams and allowing for excellent standard controls as well as optional motion controls could lead to the sequel most fans were hoping for. I hesitate to hope for a disc release, as NiGHTS really doesn’t have to be a “big” game in terms of content. 8-10 stages and a paper thin story is all a NiGHTS 3 would need to be. No missions as the children, no mini-games and no deep plot. I doubt many would object to the game being an XBLA and PSN release.

Kinect controls could function two ways. One method could involve pointing to where you want NiGHTS to fly to and he would fly there. Getting this method as close to 1:1 would be a must, and I believe both Kinect and Move could easily do this. Another method could involve extending ones arms, just as the SEGA Superstars for EyeToy game did, and flying in place. These motions could then be translated to the 2D plane, or could function in a behind the back perspective. Or maybe a third motion control scheme I hadn’t thought of could be implemented. Point is: NiGHTS was a revolutionary game, Kinect is a device full of potential. Put the two together and I’m certain something great could come of it.

So those are my thoughts. What SEGA games would you want to see for Kinect, or even for the Move? Has the game industry died and gone to the casuals?