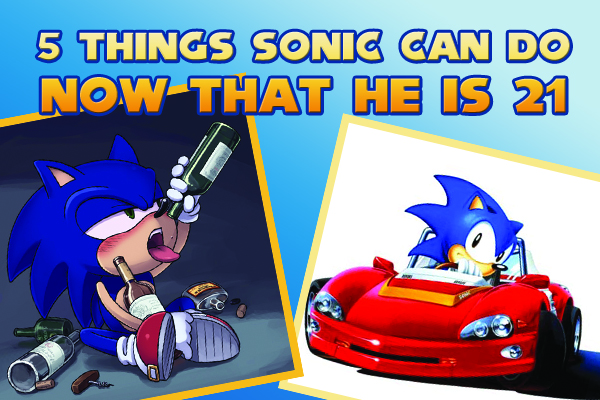 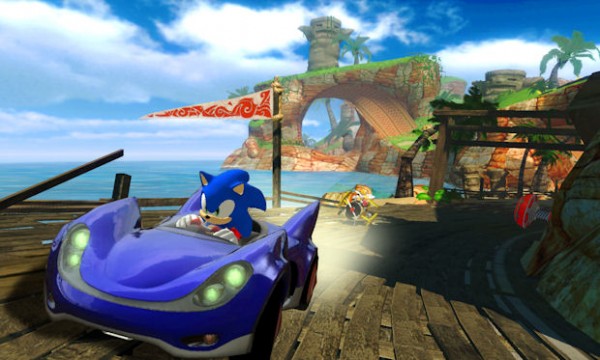 While Sonic has had his drivers license for some years now, he has sadly been unable to rent a car. Given Sonic’s free spirited attitude, I don’t think ownership is a big deal with him. Take a look at the Tornado. It’s Sonic’s plane, but he let Tails pretty much have it. Sonic has cars in the Drift and All-Stars games, but I’m sure it was killing him to have to buy the damn things. Now that Sonic is 21, he can free himself from the shackles of ownership and rent from here on out. Given the cost of a transforming vehicle, I’m sure he is very happy to rent come this November. Only downside, most rental companies place a surcharge on renters under the age of 25. D’oh! 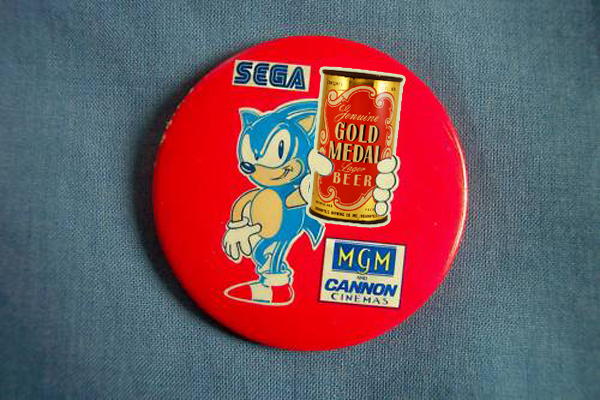 You knew this one was coming, so best to say it earlier than later. Come tomorrow, Sonic will be drunk off his hedgehog ass. SEGA doesn’t want to admit it, SEGA of America DEFINITELY doesn’t want to admit it (given how they feel about cleavage), but it’ll happen. Given Sonic’s ability to wolf down a chili dog in a single bite, and his penchant for speed, I can see Sonic downing insane amounts of alcohol in a short amount of time. Sonic would probably go with a gold lager, anything with “Gold” in the name. Something cheap, no doubt, so he can afford one hundred of them. I just hope that Sonic doesn’t think downing one hundred beers leads to an extra life, because in reality it will lead to an instant death. Barry Says: Drink responsibly, Sonic! 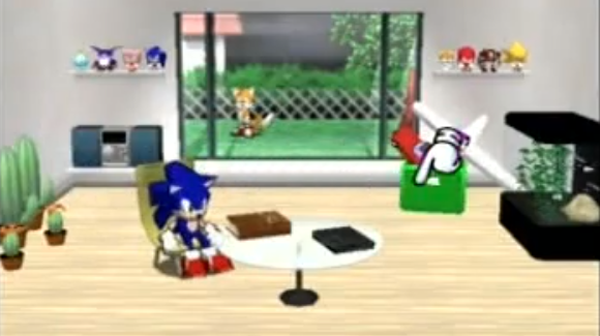 Sonic has been homeless for over twenty years. Think about it, not once has Sonic had a place to call home. He’s always off “adventuring”, when really he’s just a dirty drifter claiming to be on an adventure. Sonic needs to be real with himself and his lifestyle. It’s time to have a place to call home. No more sleeping in Tails workshop or under a palm tree. Sonic needs to buy a nice place with the rings he has amassed over the years and settle down.

Have a talk with Amy Rose 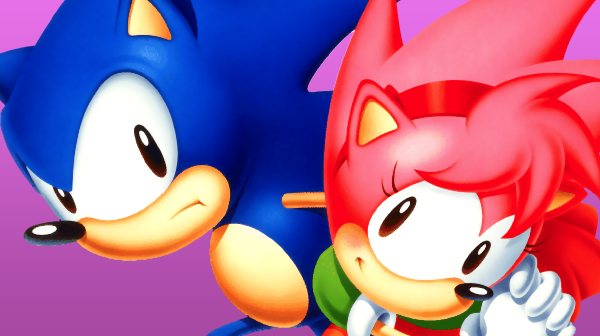 I know there are a lot of Sonic and Amy Rose shippers out there, but lets be honest. Amy is just too young for Sonic. Sure, in the games Sonic and Amy are only four years apart, but a 12 year old and a 15 year old still doesn’t sit will with me. Neither does a 21 year old and a 12 year old. Sonic needs to sit Amy down and break to her that he is not interested and that if she continues to pursue him, he may very well end up in Prison Island. Amy doesn’t want that, so hopefully she’ll give the ‘hog some distance and then Sonic can give Elise a call when Amy isn’t around. 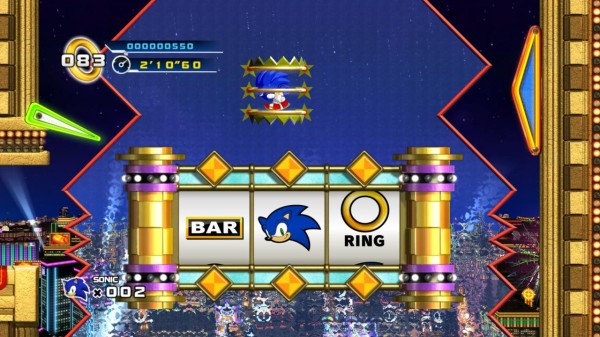 Sonic is a good guy, but one area where he has constantly broken the law is at the casinos. The guy wasn’t even two years old and he had already developed a gambling addiction! This carried over to games including Sonic Adventure, Sonic Heroes and Sonic 4 Episode 1. The whole time, Sonic was collecting his winnings illegally. Maybe now that he is 21, Sonic can gamble guilt free.

So tomorrow, after downing a hundred beers at home, Sonic will hop into his rented roadster with Princess Elise and head to Casinopolis. Happy birthday Sonic! You deserve to have some fun.