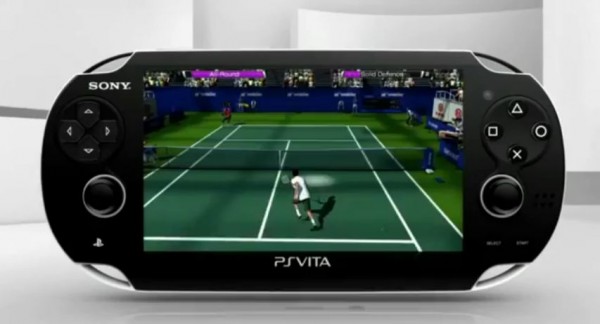 “We are delighted to announce Virtua Tennis 4 and confirm the development of four further titles for the NGP, illustrating our strong support and excitement for the new platform,” said Mike Hayes, CEO of SEGA Europe and SEGA of America. “Our line-up features all new adventures for some of our most loved SEGA IP, in addition to extremely innovative and purpose built new IP – all taking full advantage of the unique gameplay opportunities  provided by the NGP.”

“With Virtua Tennis 4 on NGP the team have embraced many of the features that the new hardware is capable of, including the high-definition graphics, Touch Panel control, network functionality, motion sensing system and the camera,” commented Gary Knight, Senior Vice President of Marketing at SEGA Europe and SEGA of America. “The way the team have been able to implement this brings the Virtua Tennis series to a whole new level on NGP.”

No tennis title would be complete without the world’s top stars, and there are 22 to choose from in the game, including Federer, Nadal, Murray and Djokovic, but Virtua Tennis 4 really comes into its own when showcasing the technology the NGP has to offer. On top of front and rear Touch Panel controls used both on and off court, gamers will also be able to play the whole game with classic pad controls. NGP’s Party function makes the World Tour Map and Online Mode fully social experiences where gamers can track their friends progress, chat, share stats and comments, and challenge people to online matches.

Add to this some exciting customization features using the NGP Camera, such as customizing your character with a  photo of your own face, plus a special Touch Versus Match which allows two players to battle on the same NGP. Virtua Tennis 4 promises to bring tennis on handheld consoles into the next generation.

Virtua Tennis 4 for NGP is currently being shown at the Sony Computer Entertainment booth #4532 in the West Hall of the E3 Expo 2011 in Los Angeles, California.

SEGA® Europe Ltd. is the European Distribution arm of Tokyo, Japan-based SEGA® Corporation, and a worldwide leader in interactive entertainment both inside and outside the home. The company develops and distributes interactive entertainment software products for a variety of hardware platforms including PC, wireless devices, and those manufactured by Nintendo, Microsoft and Sony Computer Entertainment Europe. SEGA Europe’s web site is located at www.sega.com

About SEGA of America Inc.:

SEGA® of America, Inc. is the American arm of Tokyo, Japan-based SEGA® Corporation, a worldwide leader in interactive entertainment both inside and outside the home.  The company develops, publishes and distributes interactive entertainment software products for a variety of hardware platforms including PC, wireless devices, and those manufactured by Nintendo, Microsoft and Sony Computer Entertainment Inc.  SEGA of America’s Web site is located at www.sega.com