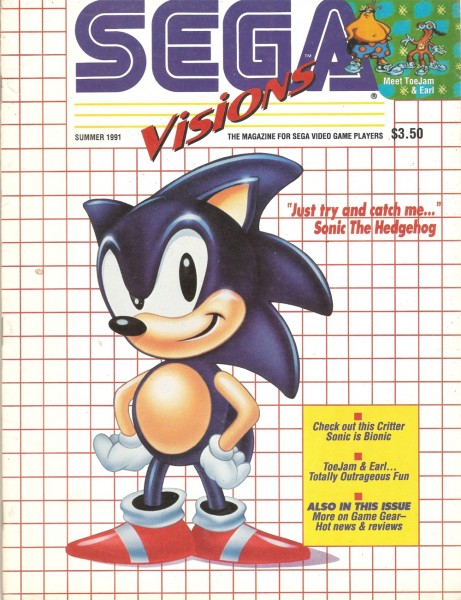 Oh snap, is this magazine already 20 years old? SEGA Visions magazine was the first official magazine of SEGA of America. It was launched to compete against Nintendo Power. It was actually free for a year if you owned a SEGA console. Not bad, not bad at all.

In this issue we will be looking at SEGA of America talking a bit about their new hero, Sonic the Hedgehog. It’s so odd reading their description of what Sonic is like, since we have known him for 20 years.

The other scans show SEGA’s Game Gear US launch and profiles of people that used to work at SEGA… 20 years ago. Interesting indeed. 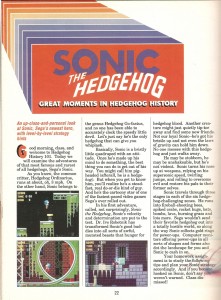 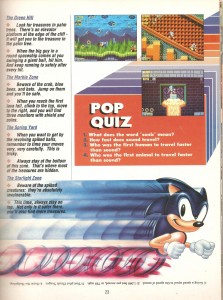 This is actually a really short read. You’d expect a much longer article for something that was featured on the cover of the magazine. Regardless, this basically tells you what Sonic is. A blue hedgehog that runs super fast and never gives up.

It seems that SEGA has kept up with what they created 20 years ago. If you think about it, Sonic has always been about not giving up in the face of a huge challenge. 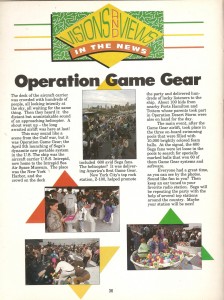 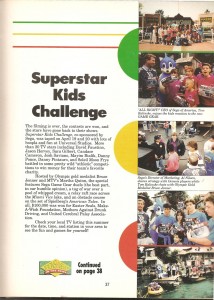 Here is a writeup of the SEGA launch event for the Game Gear in the US. It seems like it had quite the turnout for its time: it attracted around 600 attendees.

The second page is a writeup for “Superstar Kids Challenge” a show that SEGA filmed with Universal Studios. I have actually never seen this show, but according to the magazine it has celebrities doing athletic competitions to win money for charity. SEGA had a ‘Game Gear duel’ challenge in the show.

Also pictured there is (at the time) SEGA of America CEO Tom Kalinske. 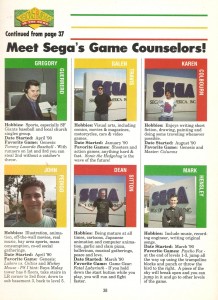 Above are profiles of some of SEGA of America’s workers back in the day. It’s funny that most of the profiles read like those of most SEGA fans. I see a big interest in animation and also anime.

I wonder if any of them still work at SEGA or in the video game industry? Who knows.