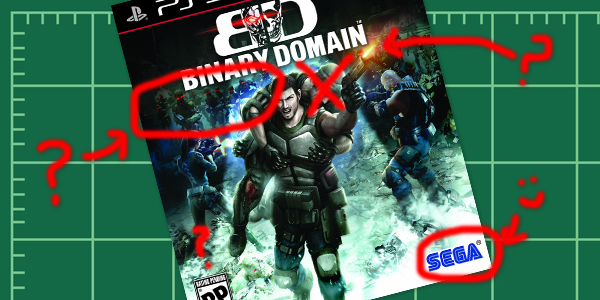 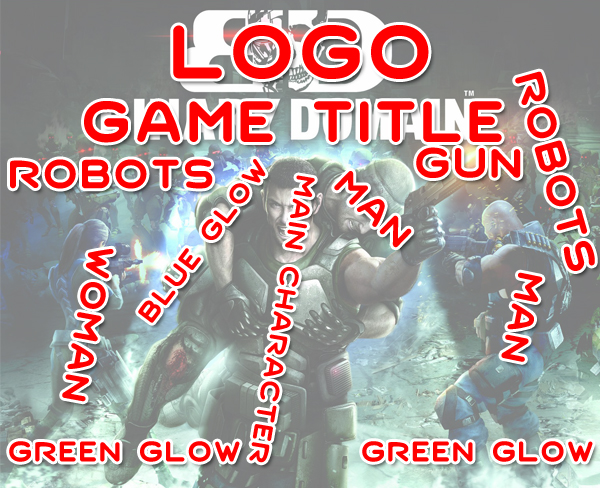 I’ll admit, I have not watched a lot of the Binary Domain story trailers, mainly because I want to be surprised, so I came into looking at this cover with virgin eyes. What did the cover art convey about the game? A whole shit load of stuff! People fighting what appear to be robots, an odd blue glow behind the main character and a dude he’s carrying on his back. I see a man and women, this strange green glow on the ground. All these elements and none of them really fit together. Is the main character running away? Is he using the dude on his back as a human shield? I could assume this, as the blue glow might be a plasma shot from one of the robots, hitting the injured dude in the back. Who is the main character shooting at? The robots are behind him. It’s just a jumbled mess. 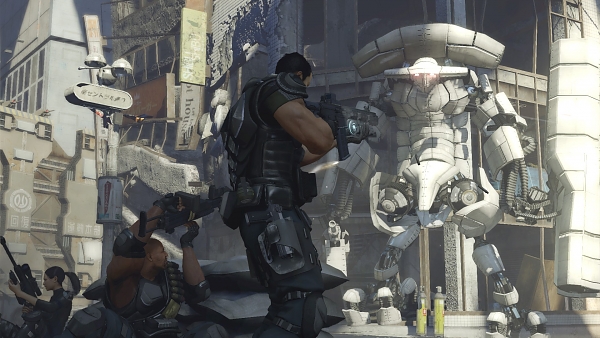 One comment on the original news post of Binary Domain’s box art suggested simply having the logo represent the game. Sorry, but that just doesn’t work unless it’s an established franchise. Sonic, Mario or Halo plus a subtitle or number would work. The name alone is a character and represents every aspect of the game. But simply “Binary Domain” and the logo would be both lazy and overly presumptive on SEGA’s part. SEGA needs to assume that nobody knows that Binary Domain is (as many people don’t know what it is), and they need to convey what it is on the box. Unfortunately, the final art includes too much. The game has squad based combat with humans versus machines, and the final art does convey that, but not well. The squad is all on the cover, but they’re disconnected and don’t seem to be communicating with each other. The robots are there, but are hidden in the black and blue background and are nearly invisible when viewing the box from a distance. A better representation of this idea exists in the screen shot above. It has the three main squad members working together and shows off a massive robot in broad daylight (a rarity for games to show off daylight combat). The image above excites me far more than the final cover art.

I just know SEGA was thinking about the above comparison and figured it would work in their favor. Check it out, hero with a big gun walking towards the camera, lots or green, black and blue colors, blurry out of focus undefined background. Of course, with Battlefield and Modern Warfare, the real selling point is the franchise. So they can get away with this bland idea. However, Binary Domain is not well known, so not only does it feature bland art, but it touts a new unknown and frankly confusing title. I love the name Binary Domain, but it doesn’t really incite the excitement of guns and battle like, say, “Battlefield” or “Bulletstorm” does. Unless you pair the title with effective art, it doesn’t work. 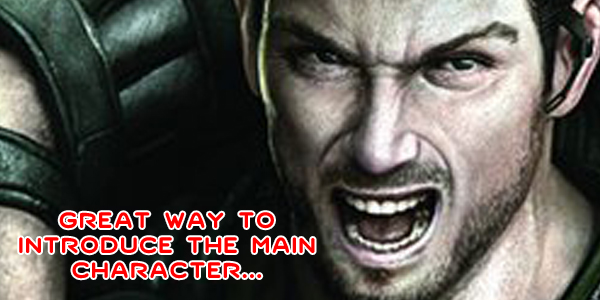 So when it comes down to it, Binary Domain’s cover art does not work because: it is too busy, it is not cohesive and it is cliche. Also, the main character looks incredibly awkward carrying a man on his back while making a goofy “RAWR!” face. Definitely not a good first impression. You just know the Beavis and Butt-head’s of the gaming world are going to say “huh huh, whats that one dude doing to that other dude’s backside?”. It will be very interesting to see how Japan presents the game. I hope we’ll be seeing a very different cover when the game releases abroad. Thus far, all I could find was this promotional image on Amazon Japan’s product page. It may be a different kind of cliche (reminds me of Time Crisis or Outtrigger), but it is an improvement over the Western art: 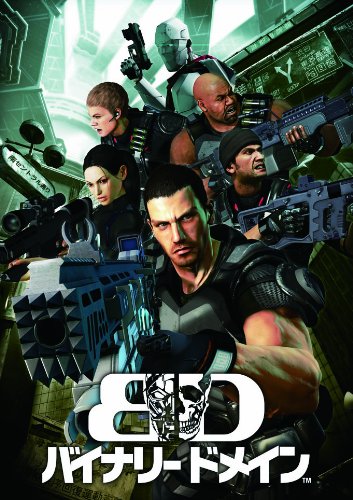 Opinion: So about Project Dream and their Dreamcast 2 plans – calm down, it’s not official or sane
Binary Domain Box art Editorial