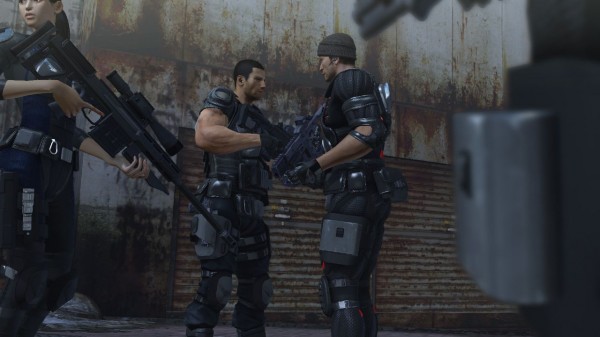 The British Board of Film Classifiction has revealed that SEGA’s up and coming third person shooter Binary Domain is going to feature 255 minutes (4 hours and 15 minutes) of cutscenes. It has not been made clear if the figure includes in-game cutscenes or if certain cutscenes are dependent on player’s trust levels with other characters.

However it would not be out of the ordinary for a game directed by SEGA’s famed Toshihiro Nagoshi, whose Ryu Ga Gotoku/Yakuza series features more than several hours of cutscenes. It is interesting to note that Binary Domain could possibly have a longer duration in cutscenes alone than certain shooters have in their main campaign.

Thanks for the tip Suzuki Yu!

SEGA in the Charts: Alien: Isolation debuts in 2nd behind FIFA 15 in the UK
Binary Domain PlayStation 3 Xbox 360