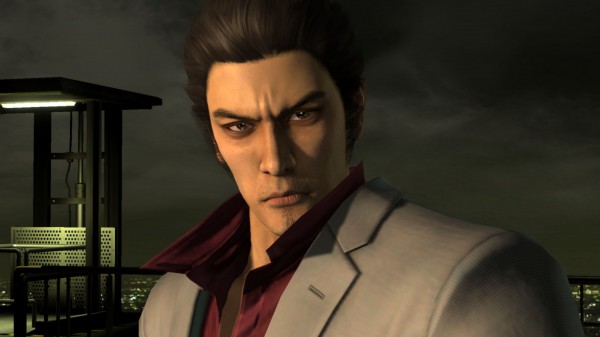 A kind soul (Captain Epic) over at the SEGA official forum has translated, in full, the Famitsu interview that series producer Toshihiro Nagoshi provided. In it, some extra bits of information were shared, such as the exact date the game is set for (December 2012) and the backstories of certain characters were explained further. It seems that series lead Kazuma Kiryu chose to leave his duty as head of the Sunshine Orphanage to investigate events in Fukuoka as a taxi driver under a false name. Also explained further is the basic plot for the latest installment of SEGA’s action adventure title, in which the Tojo Clan and the Omi Alliance are set for war and the clan’s sixth chairman Diago Dojima must create alliances with other clans all over Japan to help in the fight against the Omi Alliance. For the complete translation of the Famitsu article, hit the break!

After the unexpected events of 2010 came to an end, the Tojo clan had a reform. They are working towards regaining a strong organisation by making a deal with the biggest clan in Kansai, the Omi Alliance… But in December 2012, the seventh chairman of the Omi Alliance falls critically ill. His death ended a brief time of peace and a war between East and West broke out. Pressing for strength in the clan, Tojo attempts to form alliances with groups from all across the country to fight against the Omi Alliance. Daigo throws the Tojo clan’s pride to the wind and heads for Fu-kuoka. But…

These are the starting locations for all the characters.

Kiryu lived a peaceful life with Haruka at “Asagao” in Okinawa, but… A woman pays Kiryu a visit, which ends up with him leaving the orphanage.

It is now December 2012 and Kiryu is working as a taxi driver in Fu-kuoka under a false name and whilst concealing his past. But when the sixth chairman of the Tojo clan suddenly disappears in the area, he rises to become the legendary dragon once again.

He once served 25 years for the murder of 18 yakuza and now he has now returned to the Tojo clan as the leader of the Saejima family. But he now serves a 3 year sentence for the crime of inflicting bodily harm. It’s been two years since he arrived at Abashiri prison and endured prison life, but in order to hunt down the man who destroyed his family, friends and dreams, he breaks out and heads to Hokkaido’s downtown, Tsukimi Field.

Akiyama has travelled to Osaka to start-up a new business. There, he gets the feeling that there’s a large power behind all the incidents that have been occuring, so he investigates the mystery, and in doing so he bumps into Haruka.

Now residing in Soutenbori at a talent agency called “Dainachea”, Haruka, who attracted the attention of the competent female president of the agency, Paku Mirei, left Okinawa one year ago and has spent all her time training intensely for her singing and dancing every day. But trouble descends upon the agency and in order to take up the dreams of the agency, she challenges the darkness of the entertainment industry.

Dirty, nonchalant, indifferent and careless with money, he is a broke magazine writer who leads a life of destitution at a multi-tenant building in Nagoya’s downtown, Wataeichou. 15 years ago, he was a pro baseball player who, in the 9th inning of a game, came on as a pinch-hitter to hit a game winning home-run. But shortly after that, he was said to have participated in baseball gambling, thus he was banned for life from the world of baseball. 15 years have passed since then and he now works for minimum pay and is threatened by the debt collectors. But when he returned home one day, a man wearing a mask and hiding his face with his cap was waiting. Shinada tried to leave, but was stopped when the man said “I want you to find out the truth about the home run from 15 years ago”. A man who was once regarded as a genius of the sport once again takes hold of a bat in order to uncover the truth. 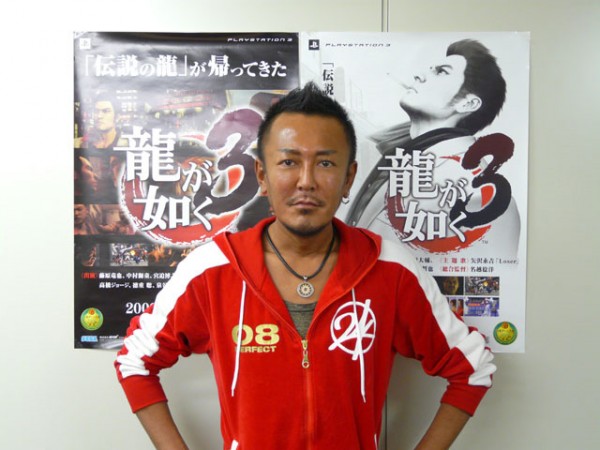 Interview with Nagoshi and Yokoyama

Nagoshi: The game's subtitle is the main theme of the game. "Dream" is an important keyword.

Yokoyama: Dreams aren't necessarily always positive; there are various ways of perceiving them. I'd like you to pay close attention to the relation between that keyword and the protagonists.

Nagoshi: Usually the games in the series are released early in the year, but when finding the time to be able to release it as soon as possible, while working on it until we are satisfied, it ended up having to be a December release.

Yokoyama: The lives of the characters in the five cities are carefully depicted.

Nagoshi: The top two requests we got were a stronger message and a larger scale. We have ended up with a dynamic script for the game

Yokoyama: All the cities that appear in the game have high levels of detail, much like Kamurocho does.
We are aiming to improve Kamurocho from the previous games. It is difficult, but we are on track.

Nagoshi: We are improving all aspects of the game. We now have seamless transitions in and out of battle.
The tempo of the game is dramatically improved since the previous games.

Yokoyama: We had no hesitation including Haruka as a playable character, but there were many things to think about regarding using her in the game.

The battle system will be revealed to the pubic in the days to come. We have incorporated a mechanism to be able to play in the same way as other protagonists on the street.

The new character, Shinada, is a lot different from the protagonists of the series thus far; he's a complainer and he runs away if things get dangerous. He is a neglegent and unreliable guy. He may appear to be completely unlike a protagonist, but he has his convictions. It will be easy for players to empathise with him, especially male players.

Nagoshi: OF THE END is a spin-off; think of it like Kenzan. The title "OF THE END" simply meant the end of that game engine. Ryu ga Gotoku 5 is a completely new Ryu Ga Gotoku game with a new engine.

Yokoyama: We had told the staff we will be making a brand new Ryu ga Gotoku.

This isn't a mere sequel to Ryu ga Gotoku 4; we want to exceed all expectations the fans may have.

Nagoshi: Development taken twice as long as previous entries in the series, but challenging ourselves to make #5 has been far from twice as hard. The team have been highly motivated and have a lot of faith in the game. We are finishing up a game that contains intense human drama with plenty of surprises to offer, so please look forward to it.