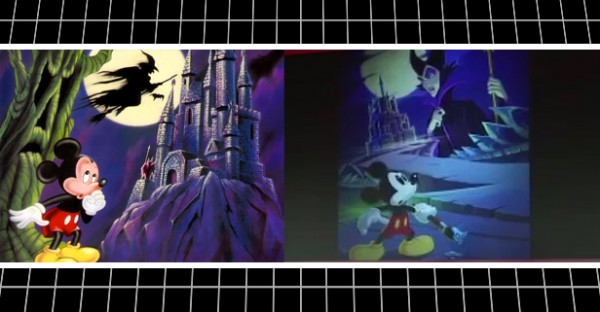 As this Epic Mickey: Power of Illusion only has a loose SEGA connection, and is neither developed nor published by SEGA, consider this our only article on the game.

While SEGA did not feature prominently at last night’s Nintendo 3DS E3 Software Showcase, aside from a mention of Rhythm Thief, SEGA got an indirect mention when Warren Spector and Peter Ong of DreamRift took the stage. Ong shared his love for Castle of Illusion, stating that for a time as a child he played the full game once a day. His love for the Genesis classic carried over to his pitch to Junction Point Studios for how he and his studio would develop a 3DS Epic Mickey game. The end result is much less Epic Mickey inspired, and much more Castle of Illusion inspired. In fact, the trailer states “a beloved hero returns to a castle of illusion” and Castle of Illusion sound effects return including the item collection and jump sounds. The mushroom enemies from Castle of Illusion’s first stage make an appearance, hearts are used for health and paint replaces apples as a projectile attack. You can even butt bounce on enemies heads. Essentially it is a full-on sequel. One off bit was the mention of Mizrabel of Castle of Illusion returning as the main villain, yet Sleeping Beauty’s Maleficent was shown. So either they goofed and mistook one villainess for another, or figured they’d use a more recognizable evil witch for the new game. Epic Mickey: Power of Illusion releases this Fall.