SEGAbits: How long has this game been in development?

John Mulkey: Hmmm. I’m not sure. Four and a half years I think? We announced it before we even started working on it so it seems longer than it has been.

SEGAbits: Can you tell us what the campaign story is?

John Mulkey: Oh Sure! So, one of the coolest things about this game is that we are doing a canonical sequel to Aliens in interactive form. We are big fans and love the Alien franchise so much, that getting to do something canon like this is incredible. The events in this game happen after Alien 3. The way this story unfolds is that there is a distress call given by Corporal Hicks. You may remember him from Aliens. It’s sent from the ship LV-426 and is received by the Sephora and we are on board to investigate the distress call. When we arrive, if you remember from Alien 3, terrible things happened and all the escape pods were ejected. It’s assumed the Sulaco is blown up over the prison planet Fury 161. When we arrive at LV-426, the Sulaco is still sitting there in orbit and we’re like “What the hell? We thought this blew up!” so we go in to investigate and everything goes to hell. 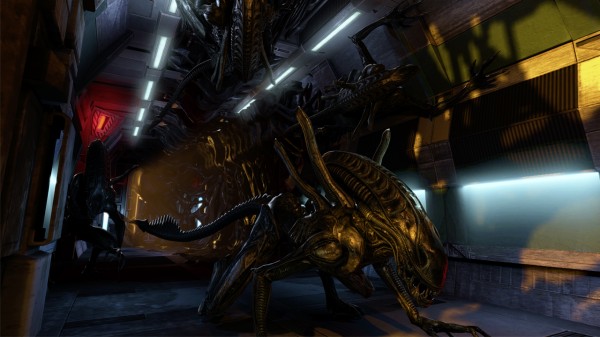 SEGAbits : Now, you said in a previous interview that this makes Alien 3 better. Can you go into any specifics on how this makes it better?

John Mulkey: Sorry, can’t give you surprises or specifics on that.

SEGAbits: What kind of multiplayer modes are there?

John Mulkey: We’re not talking about all the modes just yet, but we do have Aliens vs. Marines here on the show floor. We’re also showing off team deathmatch and we’ll have other modes that are objective based.

SEGAbits: What kind of weapons are in the game?

John Mulkey: Well, we brought back your favorite weapons from the Aliens franchise like the pulse rifle and the smart gun for example. We’ve added some weapons taken from the Marine’s technical manual so we can stay within canon. It’s not a wide variety as to keep to the canon, but you’ll be able to upgrade your weapons in various ways and really make it unique. There are even customizations for the Marine’s themselves so you can really personalize who you are. 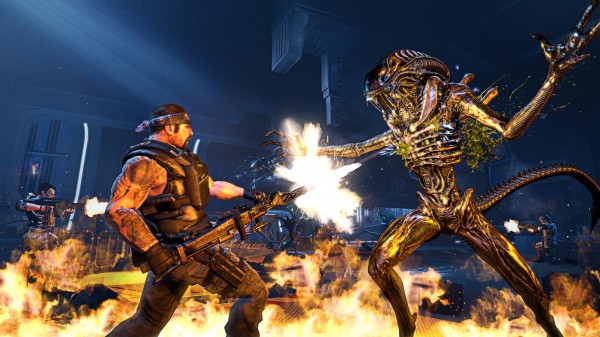 SEGAbits: Have you come across any challenges in making this game?

John Mulkey: None. Ha-ha, okay, just the usual sort of challenges of normal development. When making a franchise like Aliens, it just fits the shooter franchise so naturally. We got such rich and great stuff to use from these movies that it’s been a blast. The only small challenges is keeping everything canon and even that’s been going well.

SEGAbits: That’s great to hear. Which of the Xenomorphs are your favorite?

John Mulkey: I’ve got a soft spot for the Queen. 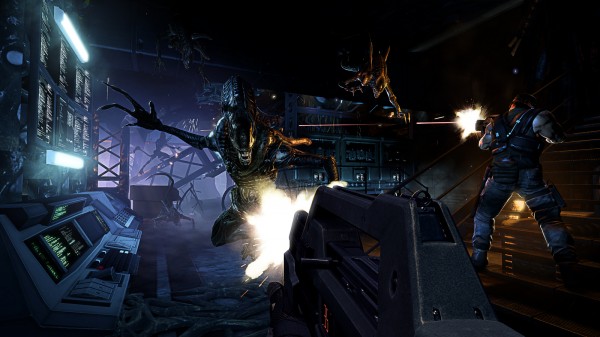 SEGAbits: Will the Queen be in multiplayer?

John Mulkey: I’m not sure. We’ll see. I think it would be great if she was though.

SEGAbits: What kind of features will the Wii-U version have over 360/PS3?

John Mulkey: I can talk a little bit about that. I mean, you already got a motion tracker right there on the Wii-U screen controller which is awesome. But it’s not like it’s going to be a specific sku, it’s just us utilizing the hardware to its advantage.

SEGAbits: How many players can there be in online multiplayer?

John Mulkey: Six players in competitive and up to four players in the co-op campaign mode. 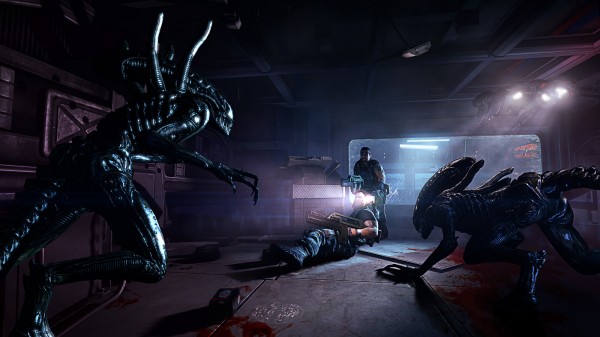 SEGAbits: What would you consider to be the definitive SKU?

John Mulkey: It’s got parity across all platforms, so it’s really more of a matter of personal choice. I used to be a hardcore PC shooter, but the 360 moved me away a bit. So it’s really only a matter of preference. They’re all going to be great.

SEGAbits: Thank you so much for your time.