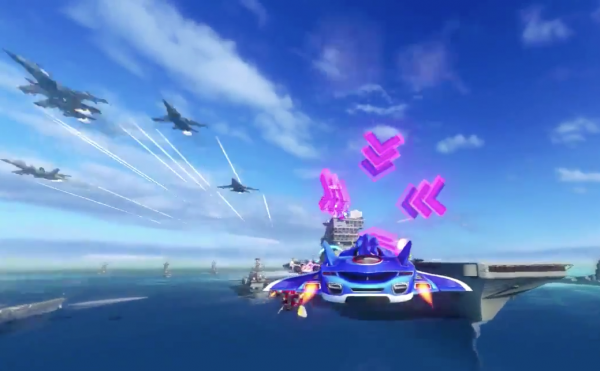 Three months until the release of Sonic & All-Stars Racing Transformed, and there is still a lot we don’t know. What racers have we yet to see? How does the vehicle mod system work? Is Cream the Rabbit somewhere in the game? Thankfully, we’re not completely in the dark, as Sumo Digital and SEGA have revealed quite a bit since the game’s announcement. I thought I’d write up a short article collecting all we know of the game’s track roster. What has been announced, what has yet to be announced and what SEGA eras are getting represented? After the break, we’ll answer those questions! But not the one about Cream, sorry.

Exec Producer Steve Lycett has been very generous with his time, as he frequents the official SEGA Forums, the Sonic Stadium forums and even pops into our own SEGAbits forums. Steve has said again and again that there are 16 new tracks in the game, as well as 4 returning tracks from the first All-Stars Racing game. Below are 11 known tracks of the 16 new tracks, with the track title first and the game second. In the case of Sonic, it’s track name, zone/stage name and game name:

For the returning tracks, 3 have been revealed of the total 4. No word on what we’ll see for the final one, but given the first game’s low count of IPs, it will most likely be from either House of the Dead or Billy Hatcher. Here are the three known returning tracks:

You might be saying “what about the OutRun track found in the Limited/Bonus edition?”, and if you are then you have a keen eye. But it appears that this track and any other bonus tracks are exactly what they are, they’re a bonus. So they are in addition to the 16 new tracks, making the total technically 17. Since it’s silly to bullet point one track, I’ll just type it here: OutRun Bay – OutRun

In total, 6 tracks have yet to be revealed and one of those is a returning track from the first game. There is no word on how many DLC or bonus tracks there are, so we may get lucky and see more beyond OutRun, either as pre-order bonuses or as DLC or both. 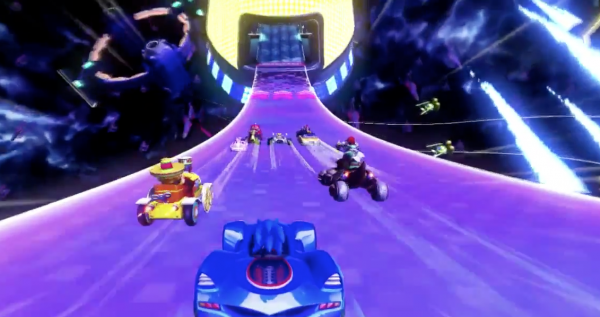 Many SEGA fans, including those from our forums, take the racer and track rosters very seriously in terms of which SEGA eras are being represented. The first All-Stars Racing game got some flack from fans for being too Dreamcast and Gamecube era heavy. So how does the sequel fare? Since we still have a dozen more racers to reveal, and six more tracks, it’s unfair to judge Transformed just yet, but here are the stats:

While I am not a hater of the first game when it came to the representation of eras, I am curious how fans who were critical take the above information. The game clearly shows a shift towards 80’s arcade and Genesis era games. Saturn representation isn’t strong, but it is huge compared to the last game. The Dreamcast era is well represented, but not bloated. Perhaps most surprising is the modern era getting just one track by way of Sonic Colors. The last game had zero track representation for modern games, and Transformed gives just one. Perhaps in the coming weeks and months we’ll see more Saturn and Modern era tracks, as that looks to be where the game lacks the most.

What do you think of the track roster? Which eras and games do you want to see represented?

14 responses to “Let’s evaluate the Sonic & All-Stars Racing Transformed track roster, shall we?”