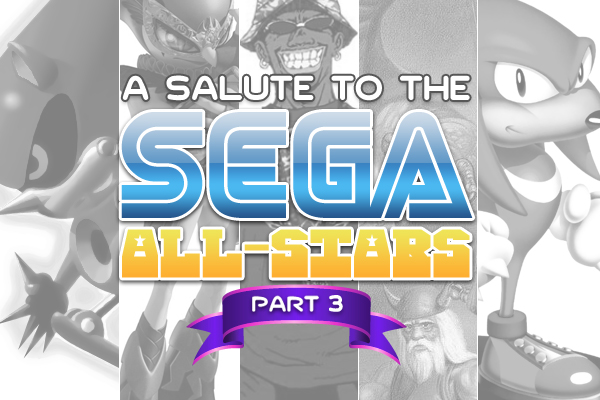 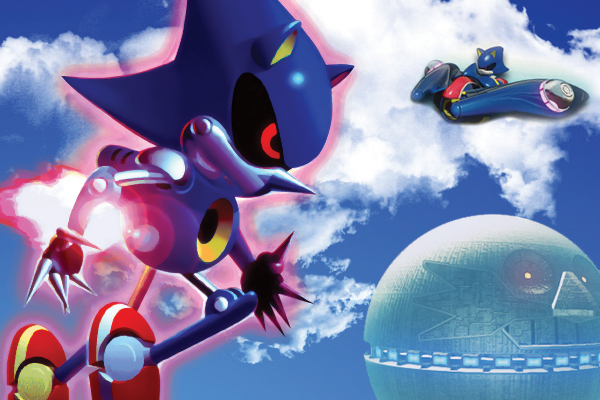 Guest written by nuckles87: When it comes to Metal Sonic, it’s all about his design. The “character” himself has virtually no personality and in most of his appearances, aside from Sonic Heroes which I prefer to ignore, has been nothing more than a cold emotionless Sonic doppelganger. So what has made Metal Sonic so enduring? It’s his bad ass character design, originally drawn up by SEGA artist Kazuyuki Hoshino, the man also responsible for the original Amy Rose.

From his jet black eyes and red pupils to the jet engine embedded in his chest, Metal Sonic is essentially the Terminator of the Sonic universe. Metal Sonic is took part in some of the coolest boss battle’s in Sonic’s history, including the high speed race in Sonic CD’s Stardust Speedway, the one on one match up in Triple Trouble’s Atomic Destroyer Zone,  and more recently the racing battle in Sonic Generations. Metal Sonic is easily the coolest looking and most enduring of Eggman’s robotic minions, more than earning him a spot on the roster for Sumo’s latest All-Star effort. 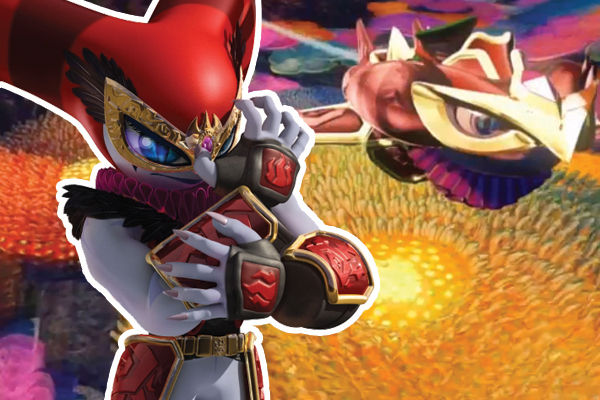 Guest written by nuckles87: Speaking of dopplegangers, here’s another fan favorite reskin villain of a video game protagonist: Reala! By far the most popular of the Nightmarens in the NiGHTS community, Reala is NiGHTS’ antithesis and sibling. In contrast to NiGHTS’ cheerful personality and brightly colored appearance, Reala was colored in dark reds and blacks and featured claws on his fingers and a creepy smile permanent painted on his face. Reala is NiGHTS’ equal in abilities, making for an interesting boss fight when the two characters finally meet towards the end of the game, where the two characters had to fly around and attempt to paraloop one another.

Reala’s appearance in All-Stars is based on his Journey of Dreams design. The golden mask he wears symbolizes his devotion to his creator Wizeman. Personally, I’ve always thought the mask looked out of place on the character, and I am a little disappointed that Sumo continues to use the Journey of Dreams designs for their NiGHTS characters. Nevertheless, I am really happy to see NiGHTS represented so heavily in the game and I’m really happy to see his top rival join the All-Star line up. 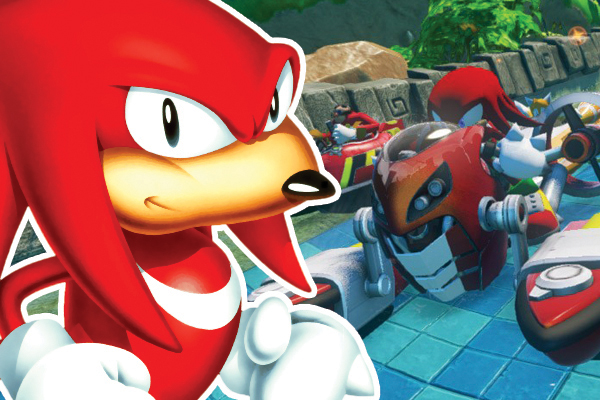 Guest written by nuckles87: Before there was Shadow or Silver there was Sonic’s original, and in my opinion best rival, Knuckles the Echidna. Sonic can run real fast? Big deal. Knuckles can do that and climb up walls. Tails can fly for a little bit? Who cares. Knuckles can glide across huge areas of the stage. Playing Knuckles for the first time was an incredible experience. The freedom you had with the character was unlike anything I had ever experienced before in a Sonic game, and it instantly made Knuckles my favorite video game character when I was a kid. He was like Sonic, except he was better and cooler looking.

A lot of other kids seemed to feel the same way, since the character went on to get his own game, the 32x exclusive Knuckles Chaotix. Knuckles also remains the only Sonic character aside from Sonic himself to headline his own comic book series. A spin off from the still running Sonic the Hedgehog comic book series from Archie, it ran for 32 issues and became very popular with fans of the comic book series, including myself. Knuckles is a great character with lots of history. I, for one, will be looking forward to using him extensively in the game. 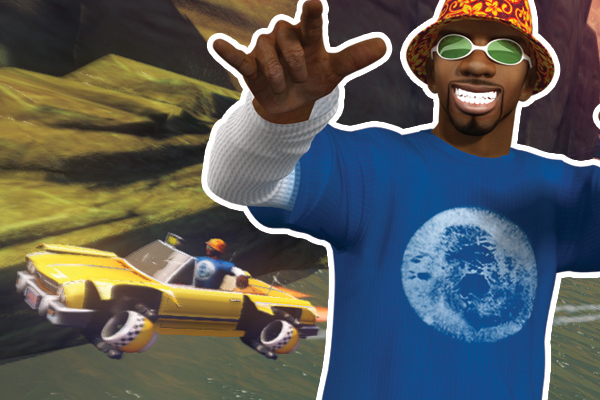 Thanks to Sumo Digital, B.D. Joe has become the star of the Crazy Taxi franchise. How? He was chosen, out of all the other Crazy Taxi characters, to represent the franchise in the first All-Stars Racing and he returns for Transformed. Even before All-Stars Racing, B.D. Joe was a popular character for fans of the franchise. Sure the green haired Axel was touted as the star of the first game, and Hot D. stole the show in Crazy Taxi 2, but in the end B.D. Joe remained the king of the Crazy Taxi hill. Perhaps it was his infectious smile, or the way he said “Yeah, we gonna HAVE some fun!”. Whatever the reason, I’m happy to see B.D. Joe again and cannot wait to race as him. Unlike all the other SEGA All-Stars, B.D. Joe is right at home behind the wheel. Surely that will work to his advantage come November 18th. 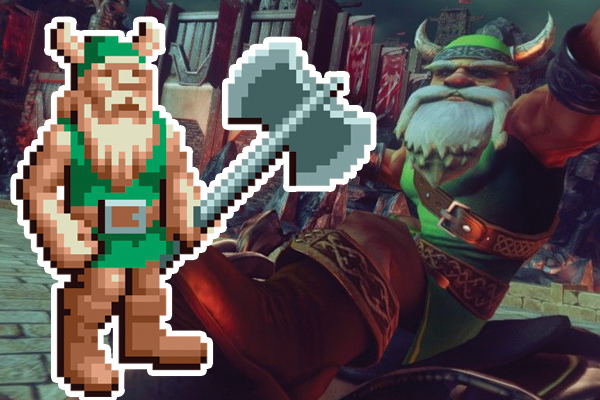 While Gilius Thunderhead is not new to the All-Stars/Superstars series, his jump from SEGA Superstars Tennis to All-Stars Racing Transformed is a big one. Sumo promised an all new character model as well as brand new recorded dialogue. Really, this is Gilius 2.0. Gilius takes to the track in a truly special transforming vehicle which resembles various animals including a turtle and an eagle. What more, Golden Axe’s presence has expanded with a brand new beautiful track inspired by the various Golden Axe games. Sure Billy Hatcher took on the lava setting in the last game, but Golden Axe just suits this trope so much better. Did I mention the track’s music? The epic “Wilderness” tune from the first game will be getting the Richard Jacques remix treatment. Gilius + Golden Axe track + awesome music = a Golden Axe fan’s dream. SEGA, this totally makes up for Beast Rider.

Next week, we near the end of our salute to the SEGA All-Stars, and are one week closer to the release of the game! Who will be saluted next week? A faker, three lovely ladies and a mystery racer (hopefully).

12 responses to “SEGA Five: A Salute to the SEGA All-Stars Part 3”