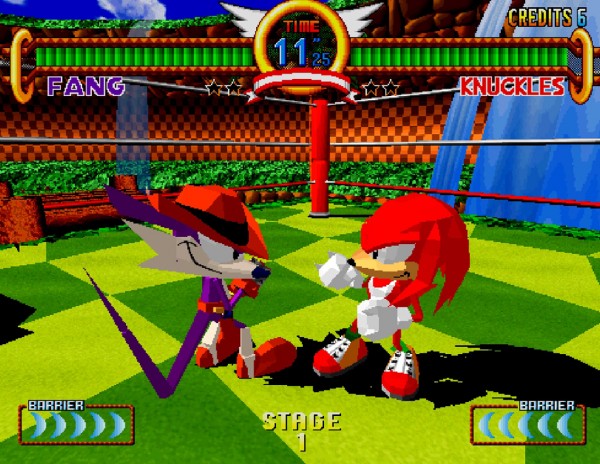 A trio of classic fighting games from the 90s is on the way — Fighting Vipers, Sonic the Fighters, and Virtua Fighters 2 are all headed to digital download on PlayStation Network and Xbox Live Arcade!

All three games have a deep arcade lineage, developed by SEGA’s legendary AM2 team — the fine folks responsible for core titles like After Burner II, Out Run, and Space Harrier. The upcoming releases feature support for full online multiplayer and achievements/trophies, and are complete versions of the arcade originals. Here’s the release details:

In 1994, Virtua Fighter 2 followed in the footsteps of its hit predecessor by bringing breakthrough 3D graphics and fighting gameplay to arcades. The title’s combination of deep combat and unique arenas led it to quickly become one of the flagship titles on the SEGA Saturn™ when it arrived on the console in 1995.

Sonic the Fighters’s arrival in arcades in 1996 offered players a first-ever opportunity to take to the ring with characters from the Sonic the Hedgehog series, including Tails, Knuckles, and Amy Rose. Players had to battle their way through eight stages to collect chaos emeralds and once again thwart the evil plans of Dr. Robotnik and Metal Sonic!

Fighting Vipers came to arcades and the SEGA Saturn the following year, in 1996, adding a new concept that was a fighting game first: destructible armor. Players could maximize their damage dealt by destroying an opponent’s protective gear, and could then finish the round by punching or kicking the other player right through the arena’s walls.