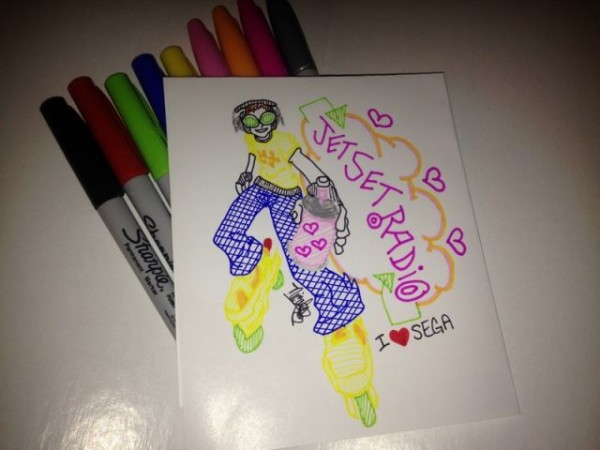 Third place SEGAbits third anniversary contest winner nikibaby won herself a My Life with SEGA DVD thanks to these two cool photos showing off her unique drawing style. Of course, the contest rules stipulated that the entry would have to be a review, but we left it as open as possible, hoping to see some more unique takes on the guidelines of the contest. As such, nikibaby worked in a short, but sweet, written review of SEGA by proclaiming “I ♥ SEGA”.

But the real stars of the pieces are her takes on iconic SEGA characters Sonic the Hedgehog and Jet Set Radio’s Beat. Using nothing but paper and Sharpie markers, nikibaby depicted Beat by way of bright colors, hatching, and cross-hatching. Sonic, meanwhile, was expertly drawn using a technique called pointillism. Bonus points for not scanning the drawings, but rather displaying them in a photo alongside the markers used. You can see nikibaby’s Sonic drawing after the break. 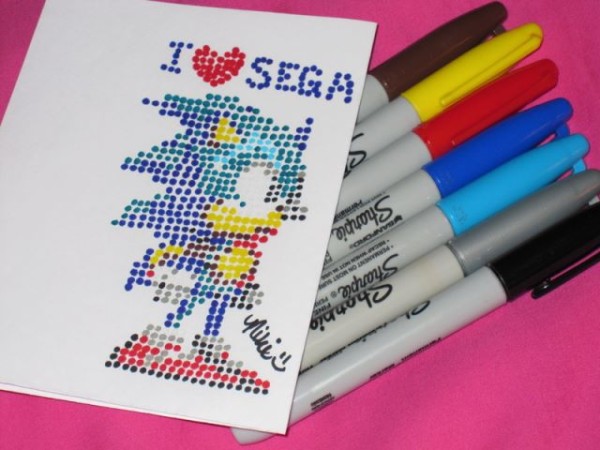 One response to “Fan made: nikibaby’s sweet Sharpie SEGA drawings”