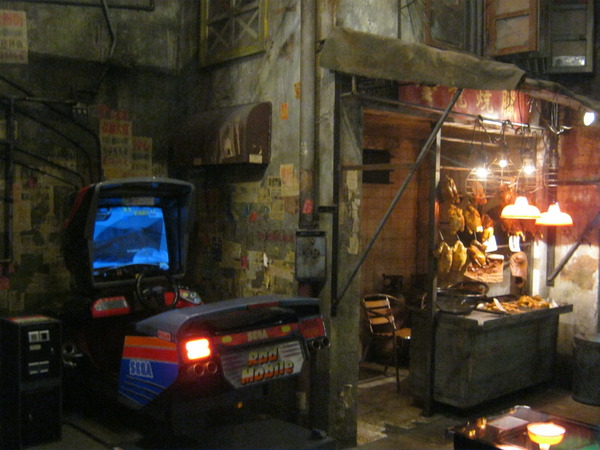 What if you could walk around Kowloon, just as Ryo did in Shenmue II, playing SEGA arcade games and collecting capsule toys? SEGA fans will remember Kowloon best as the location of Shenmue II’s second act. Seeing the city in video game form is no match to seeing it in person, but unfortunately the city no longer exists. What is a Shenmue fan to do? Is it still possible to recreate Ryo’s Kowloon adventures? Thanks to Kawasaki, you can! Located in Kawasaki City, an amusement center south of Tokyo, is “Digital Kowloon City”.

“Digital Kowloon City” is an indoor recreation of the Kowloon Walled City, a city which in the late 1980’s was home to 33,000 people in a 6.5 acre space. Quirky Japanese blog RocketNews24 paid a visit to “Digital Kowloon City”, and the photos they took are incredibly cool. The place really does look like Kowloon at night, and there are arcade games, capsule machines, and UFO Catchers all over the place. Head on over to their blog for a virtual walkthrough of the virtual city. By the end of their article, you’ll want to visit the place yourself and will probably boot up Shenmue II instead, since you can’t afford a trip to Japan.

4 responses to “Kowloon Walled City, as seen in Shenmue II, is recreated as an arcade in Japan”