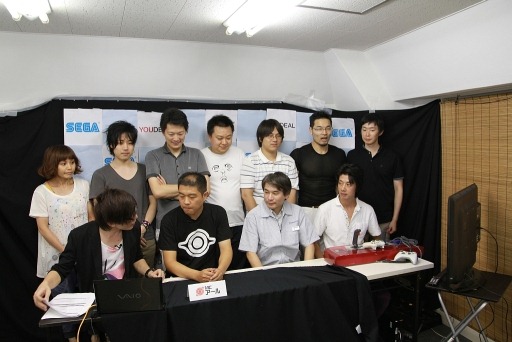 Virtual On recently had a ‘memorial talk show’ live on Nico Nico where SEGA designer Mori Yasuhiro and model makers Volks and Hasegawa talked about the franchise’s history and creation of the model toys for the franchise. They showed off some matches and then Mori made some comments about the future of the franchise.

“Virtual On is still alive! Something might wake up [on Virtual On’s 20th anniversary]” – Mori Yasuhiro

What does this mean? Who knows. I guess we will find out sometime in 2015 when the franchise celebrates its 20th anniversary. Do you guys think there is a market for a brand new, next generation Virtual On?