Rollers of the Realm from developer Phantom Compass is a very different take on both the RPG and pinball genre by combining the two into one game. The main story follows a young, thief girl and her faithful dog meeting up with a disenfranchised, retired knight and a slew of other characters. The odd thing here is that each playable character is represented by a pinball on the table while other characters such as enemies or villagers retain their human look. Each pinball character has a unique look and ability. The knight for instance, is a large pinball made up of chunks of armor put together who is very heavy so the ball just knocks enemies over. The thief girl is a really small pinball so it an get into areas the others can’t. 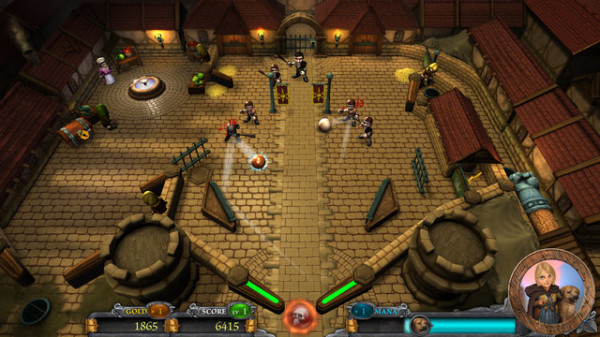 Each characters stats and abilities are raised as you play through the game. The game play itself is pretty original. You are not flipping the bumpers to get a high score, but rather to progress through the story. You do so by completing a series of “missions” spread out through each table. It could be something as simple as attacking some guards or tricky like using one flipper as a open door and using the other flipper to get through. It amkes it a pinball game that uses equal parts brain power and reflexes. 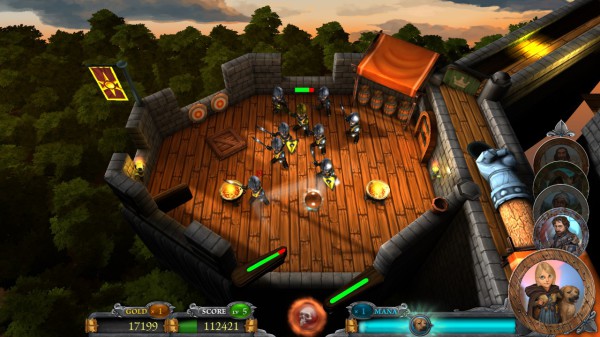 Rollers of the Realm from Atlus Games is due out near the end of this year on both PS4 and Vita. If you’re looking for a pinball experience with a brand new twist, I’d highly recommend checking this one out.