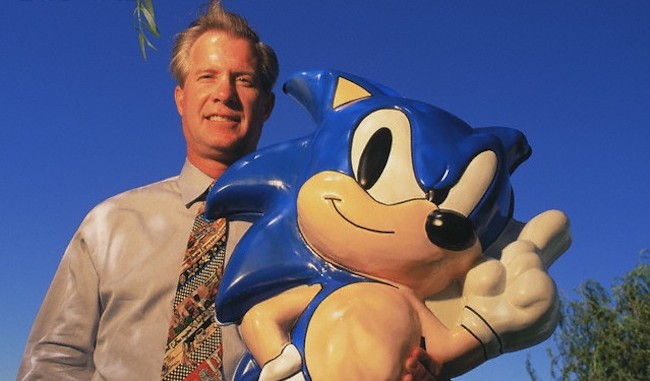 He cites the SEGA-Sony system, the partnership he’d almost made happen before SEGA of Japan’s board of directors squashed the idea, as a main factor in his ultimate departure from the company.

“We go to Sega and the board turned it down, which I thought was the stupidest decision ever made in the history of business.”

“[Sony Interactive CEO] Olaf Olafsson, [Sony Corporation of America president and CEO] Mickey Schulhof and I had agreed we were going to do one platform, share the development cost of it, share the probable loss for a couple years on it, but each benefit from the software we could bring to that platform,” he said. “Of course, in those days, we were much better at software than they were, so I saw this as a huge win. We went to Sony and they agreed, ‘Great idea.’ Whether we called it Sega-Sony or Sony-Sega, who cared? We go to Sega and the board turned it down, which I thought was the stupidest decision ever made in the history of business. And from that moment on, I didn’t feel they were capable of making the correct decisions in Japan any longer.”

Despite Kalinske’s strong words, he clarifies that he doesn’t wish SEGA ill will, and seems hopeful that they’ll ultimately stick around.

“You have to really make a lot of mistakes to kill a strong brand,” he concluded. “I do think some great brands obviously have been destroyed, Atari being one of them. Why didn’t that survive? I think there’s a lot of bad decision making involved in killing brands like that. I hope Sega isn’t the same thing.”

“I think there’s a lot of bad decision making involved in killing brands like that. I hope Sega isn’t the same thing.”

The full story, which includes more about SEGA along with comments from Kalinske on Nintendo’s current rivalry with the mobile industry, can be found here.

SEGA almost licensed the technology that created the Virtual Boy