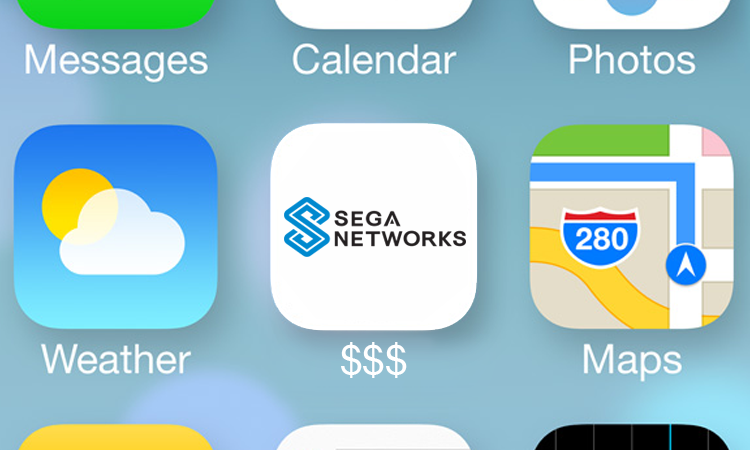 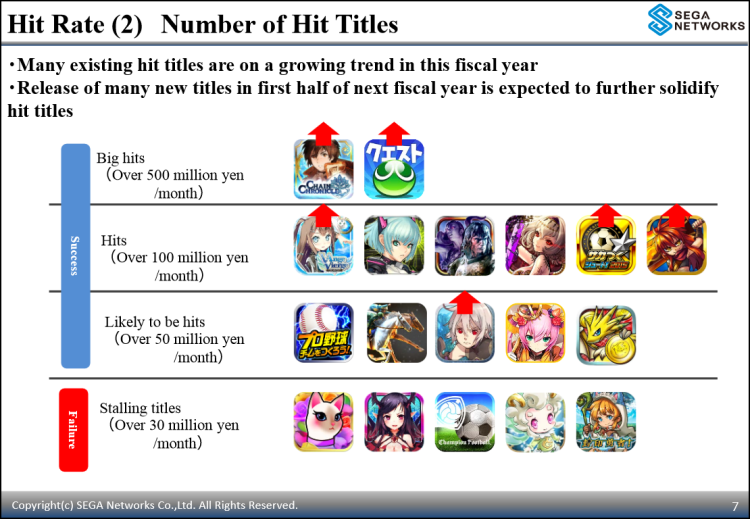 SEGA Networks seems to be enjoying a healthy array of highly successful titles but the major ones from last year’s report, Puyo Quest and Chain Chronicle, continue to enjoy the bulk of the revenue. People may recall but Chain Chronicle had generated over $73 million for SEGA and if it continues to generate 500 million yen a month, it’s almost certain that the title has brought in $100 million for the division. Similarly, Puyo Puyo Quest should be hovering around the same sort of figure. It goes to underline that even if you fail multiple times on mobile, one break out success can cover for all the game’s that weren’t successful. Despite this, the above image illustrates how the group has more hits than failures. The division is expected to generate 31.4 billion yen, up 10.5 billion yen from last year (Actually already above last year with the first 3 quarters.)

Other major information to be noted is the development of 20 new mobile titles with 15 coming from in-house studios (10 from SEGA Networks and 5 from SEGA) with a further 5 being co-developed/published. Eagle eyed forum member Ryan posted a comprehensive list over at our forums but we can already start marking out some of these future titles;

It’s interesting to note if this is going to include MOBA titles too, as that would mean Total War: Arena would be one of the other in-house SEGA titles. What’s interesting to note is SEGA specifically points out that a newly invested studio, Ignited Artists, is being “comprised of experienced PC online/home video game developers”. I wonder if that hints at a MMO rather than a mobile title? In which case the scope of SEGA Networks opens up massively. 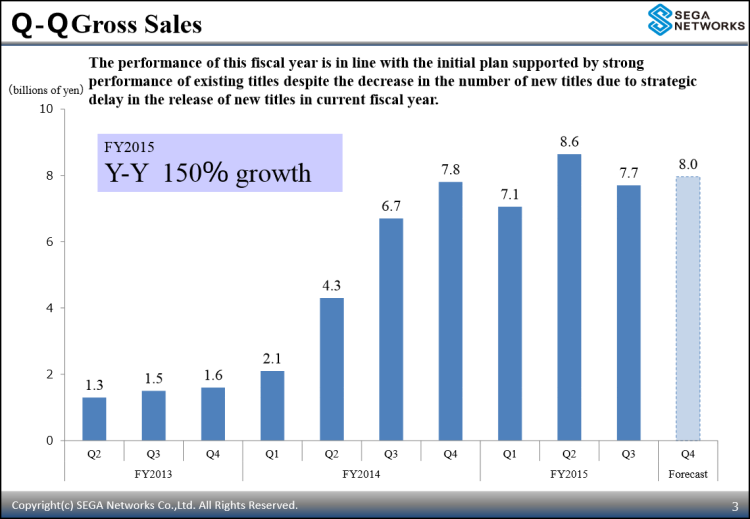 SEGA has also seem more willing to invest in anime tie-ins for their mobile games, as some of you are aware Chain Chronicle is getting an anime adaptation. This report also confirms that Ange Vierge will be getting it’s own anime as well, along with Xuccess Heaven which is being developed as a multimedia franchise. It’s somewhat amazing that SEGA is investing so heavy on multimedia projects for free mobile games, but these are the times we live in now.

SEGA’s NOAH Pass service was created as a replacement to GREE. GREE is a popular social networking site that also offers a hub for users to download free-to-play mobile games, the issue is that GREE take a percentage of the profits made through microtransactions. SEGA launched NOAH Pass as their own hub to save them from paying a percentage to GREE. When it launched back in August 2013 the service only had 15 developers publishing their titles on the service and it has now increased to a whopping 88 developers. Not only that but the number of users has quadruple from 20 million users on launch to 89.1 million users.

To round up, here are some more pieces of information announced in the report and a quick recap of what was said in this article;

This is all with Sonic Runners only having a soft launch in Canada and Japan. Just imagine the increase revenue when it finally gets a world wide release?