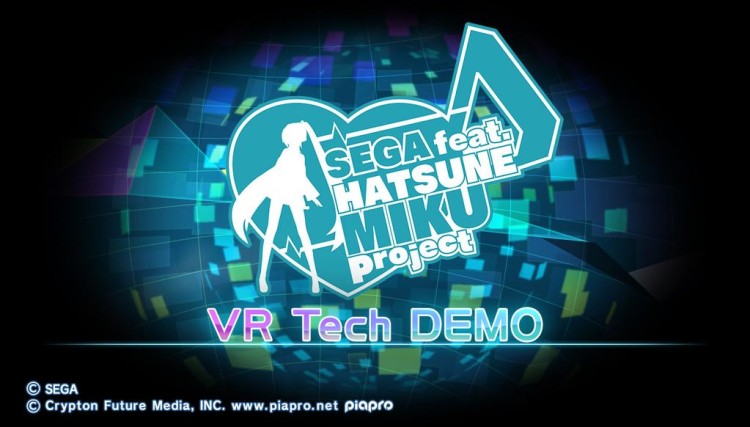 SEGA has revealed a new title for Sony’s Project Morpheus VR headset for PlayStation 4 which will transport players to the world of Hatsune Miku! Titled Sega feat. Hatsune Miku Project: VR Tech Demo (doesn’t quite roll off the tongue), the simple demo features Miku singing songs from artist Mitchie M. while dancing (what else did you expect Miku to do?). We don’t know much more about the demo beyond that, so any gameplay or interaction is possible but unconfirmed. Also, it has not been stated if this will lead to a full retail release once Project Morpheus releases next year. Still, this should be an exciting experience for fans who truly want to have some fun with Miku!