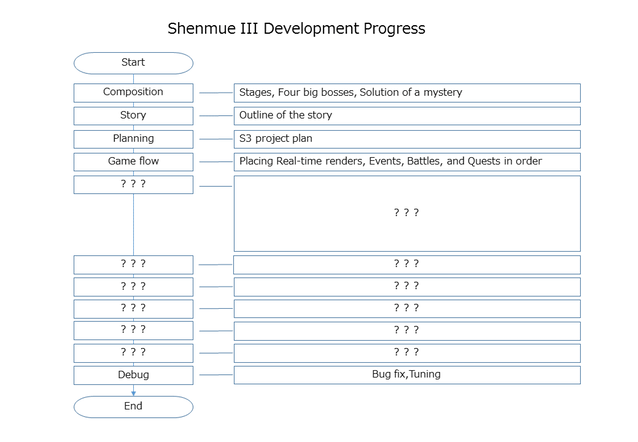 It’s normal for most Kickstarter campaigns to go silent for a bit following successful funding, mainly because those behind the campaign are now hard at work creating whatever it is you backed. Of course, in the case of Shenmue 3 which raised over $6 million, backers were more eager than usual to hear something new. Thankfully, the radio silence didn’t last too long as backers received an update last night on the development progress and future plans. Better yet, we heard it straight from Yu Suzuki himself!

In update #44, Suzuki revealed that composition, story, planning and the game flow have all been completed and even provided a handy chart (seen above). While it was assumed that Suzuki would be using much of what he had worked on back when Shenmue 3 was being planned for the Dreamcast and later Xbox, it appears that isn’t the case, as the story has undergone additional changes to make a more coherent flow. The most interesting part of in the interview is the mention of the chapter breakdown of the Shenmue series:

Shenmue III is based on the 11 chapters created 17 years ago, and each chapter is set in different regions. For example, the first chapter was set in Yokosuka, second was set in Hong Kong and so on. However, we cannot finish with just one chapter in one region, so I had to restructure the story to fit within the scope of Shenmue III.

Suzuki also explained that the entire flow of the game, which includes cutscenes, events, battles, and quests, have been completed and the team have now moved on to the next stage of development, which Suzuki describes as being the “actual game development”. Suzuki promised that from here on out he will give project updates monthly, and he even shared his travel plans which include a possible visit to the 2015 Tokyo Game Show and a trip to China in October to attend a game show called CHUAPP×2015 and to do some location scouting for Shenmue 3‘s development. 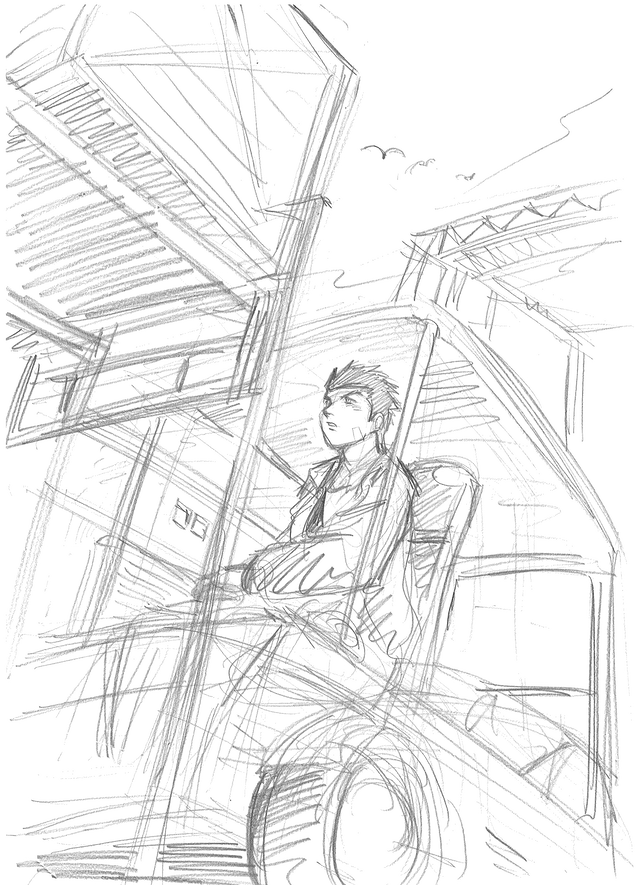