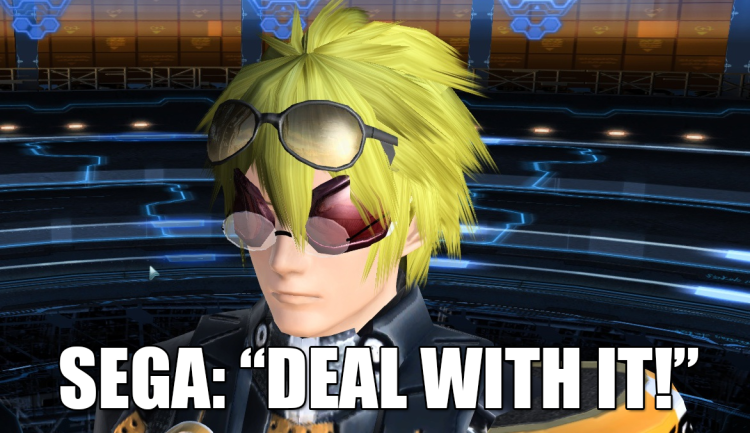 The people at Kotaku has contacted SEGA about the possibility of the Playstation 4 version of Phantasy Star Online 2 coming West. This is the response they recieved from a SEGA representative.

“SEGA is currently not planning to release the PS4 version of Phantasy Star Online 2 outside of Japan,”

It has been over 3 years since SEGA announced at PAX 2012 that they would be bringing Phantasy Star Online 2 over from Japan on the PC and Playstation Vita. Then, silence. We got a few generic ‘it’s still coming’ answers from them, but this is the first time they have officially denied its Western release.

Talk about not caring about their own fan base, huh? It’s hard to stay positive when the Western branches don’t care about their core fanbase or their in-house Japanese IPs. Then when they do finally get around to releasing it they are surprised at the success these Japanese in-house developed games have. No shit! With this and the recent announcement that they reskinned ‘Puyo Puyo Quest‘ into some generic food puzzle game, SEGA is really making it hard to be a fan.