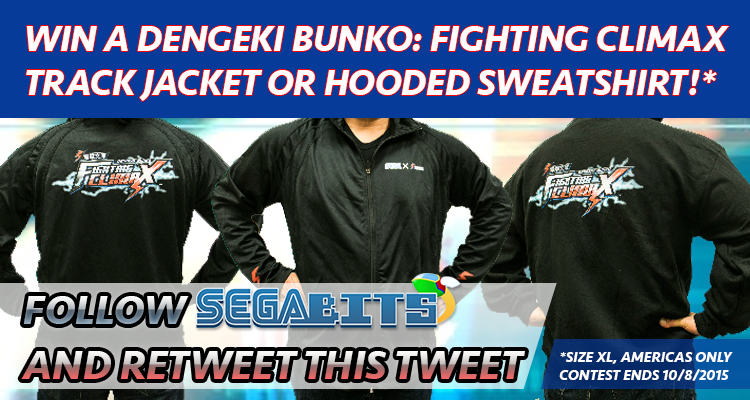 The 2D fighter Dengeki Bunko: Fighting Climax, by Ecole Software and French Bread and published by SEGA, is set for release on the Playstation 3 and Playstation Vita on October 6th! To celebrate, we’re teaming with SEGA to give away an official Dengeki Bunko: Fighting Climax hooded sweatshirt and track jacket. To enter, all you have to do is head on over to Twitter, follow SEGAbits, and retweet our contest tweet to spread the word of the game.

The contest ends on Thursday, October 8th at 11:59PM CT and winners will be announced the following day. The contest is for the Americas only, and two winners will be selected. Whether you get the hooded sweatshirt or track jacket will be decided with the flip of a SEGA branded coin. Good luck to all who enter and don’t forget to check out the game when it releases October 6th!